Good morning. It's a chilly start to the day, but not as cold as it's been this last week with temperatures in the single digits. Winter started in January this year, usually it begins at the end of November or beginning of December. I shouldn't say "usually," as nothing is the same anymore with global warming. Everyone knows the earth is warming at alarming speeds now right? If the burning lands on the west coast, Australia and Argentina aren't enough for the naysayers, their backyard would have to burn for them to believe I guess? Having a cold winter and referring to global warming seems contradictory. However, according to Yale University, Arctic Oscillation is the cause. It means our earth is surrounded with high and low air pressure systems and when the air pressure is high, the cold air remains wrapped in the arctic, when the pressure drops, so does the cold air, dipping it into the "South." Ultimately, the change in air pressure, is caused by the overall warming of the earth. That's my gist of it, click the yello link above to learn more on what's happening to our precious mother earth. We need to protect her.

Speaking of protecting, it's always interesting to know the people who "have your back" and who don't. When you think someone has your back, it's a comforting feeling to know you can tell them anything and not be concerned they're going to judge you, twist it around, use it against you in the future or worse make up a lie about you. Being blind-sighted by learning someone has made up lie about you and spread it to other people is no fun, especially if you thought the person was a friend. At the end of the day, you have to be comfortable with yourself and know the truth and rest with that. You can't control other people. When you learn a non-truth about yourself from someone and try to explain to that person it's not true and they don't believe you, well then, you know where that person's allegiance lies and there's not much you can do there. This has happened to me a few times now that I think of it and it's super frustrating. Has this ever happened to you? If so, what was the situation?

It taught me a lesson, people can turn on you, even ones you thought you were close to. Then of course, there are truly genuine people who will have your back until the end and those friends put a smile on my face and warm my heart. The best is to have a boss who "has your back." It's their job to help you grow, give constructive criticism and evaluate your performance; in addition to trusting and believing in you, especially if you've worked together for a while and they know your work ethic and character. With someone brand new, it's a hard tell if they're going to be someone who'll have your back or "throw you under the bus." Because I've been burned before, I have a wall up now and it takes time to earn my trust, I have all the time in the world [knock on wood]. I know my people and who I can trust and who I can't. Do you know yours? Can you picture them in your mind? Who pops up first?

I had a situation recently with someone new. Unfortunately he decided to betray me out of the gate, causing me unnecessary stress, when I was already in the weeds. Drama kings and queens who like to blame other people for their mistakes are the worst. You know the type, people who NEVER admit they're wrong. Do they fall into sociopath status by the way? Sociopaths scare the fk out of me. I'm the polar opposite, an empath, so to come across a sociopath, I happily move out of the way. No one is perfect, we all make mistakes and will continue to make them. I'm all about admitting my faults, shit, I've made many mistakes in my life, but I wouldn't change a thing, as I've learned from each one and they've made me stronger and wiser. So this person missed an important deadline and instead of calling or texting me with hey, I'm sorry I screwed up -- which I would have respected and gone out of my way to help him -- instead he tried to say it was my fault.

This surprised the hell out of me. I was intrigued and wasn't sure whether to find him comical or be mad, he thoroughly confused me. Because I was confused, I was able to stay neutral when I spoke to him, allowing him to say everything he had to say and listen to how he was going to justify blaming me for him not turning in his work on time. During the same phone call with this person I barely know, I learned right away he likes to talk a lot and is a bit of a spaz or it was his strategy to try and bury the main issue. He started the long babble off with "I did try to connect with you this week" and went on to smoke and mirrors to shade his lie. I'm not his boss, but a peer and he had information he needed to get to me, in order for me to add it to my document to turn in. He said he was trying to connect with me, as a reason why he was late with this important deadline. It's a much longer story than I'll bore you with, but this person's true colors came flying out.

If I had anything to do with the document being late I would own up to it. His form of trying to reach me consisted of sending me an hour long meeting invite, about two hours before he wanted it to happen, on the late afternoon of the deadline. My calendar was only empty because I had cleared it that morning to work all afternoon, on the same document, that I had fifty times more work than said person to do on it. His out of the blue invite showed a lack of respect for my time, not to mention his poor time management, sloppy work load ability etc. etc. bla bla. I declined his ridiculous, last minute meeting invite because I didn't have time, I was already going to be working late as it was. This person was supposed to have worked on the doc with the person who was in the role before him, as part of his training / transition. All of this waste of time thought I had to deal with, instead of being productive. Normally I wouldn't care much, but I was under the deadline too.

I'm not mad at the person nor will I treat him poorly because he tried to blame me for his problems, I'm just aware now I can't trust him and will therefore tread lightly. I would much rather get along with everyone and work in peace and maybe even have some laughs every now and then? As they say, "you can't win 'em all." Who is "they" by the way? I can't help and think we have people from the 1800's in mind when we say "they." ... I'm not going to try to sabotage said person's success, I believe in karma and if I help him succeed my karma will also come back and bring me success and for our business, so I would rather go that route. I am in a bit of a pickle with this person, given this situation. I saw the worse of him out of the gate, so either he's like that all the time or he just had a really bad day. I'm going to give him another chance in regards to our relationship and stay neutral, I'll leave it open for him to prove me wrong that he's shady AF.

UPDATE >> I wrote the above the day before yesterday and yesterday, said person has made a complete turn around and is being super cooperative, friendly, sending me smiley emojis, explanation points and I could be wrong, but I'm pretty sure I saw a heart emoji in our chats, he even came straight out of the closet and asked if there were any deadlines for the week, "because he didn't want to miss any." So far he's winning me back, but I still have my guard up. Given his turnaround, he gets a pass. This time. If he pops off again, he's CUT! [insert visual of me with my hand shaped as a seven making a pretend swipe across my throat] 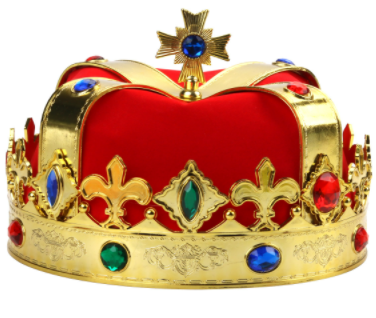