What Happened To My Boy?

Time is what has happened, as it's flown right by. I look at his baby pictures and try to remember my frame of mind then, it was love over load combined with extreme exhaustion. I used to wonder what life would be like when he would be able to feed himself and use the bathroom on his own, it seemed like such a wild thought, as it was years into the future. When I would talk with other parents about it, I heard a lot of, "enjoy it, it goes by fast." There were moments I definitely did not enjoy and more than equal amounts of others I did and those are what make motherhood feel like magic. Parents know, those special little moments that are hard to describe. I'll give it a try. Those times when our kids do something incredible such as land on the honor roll or clean their room on their own, that feeling of a being a proud parent is profound. Or as my boy has morphed into a pre-teen as of late, other special moments such as: using gel in his hair or presenting to his entire class and the school board on zoom, just wow is all I can think. 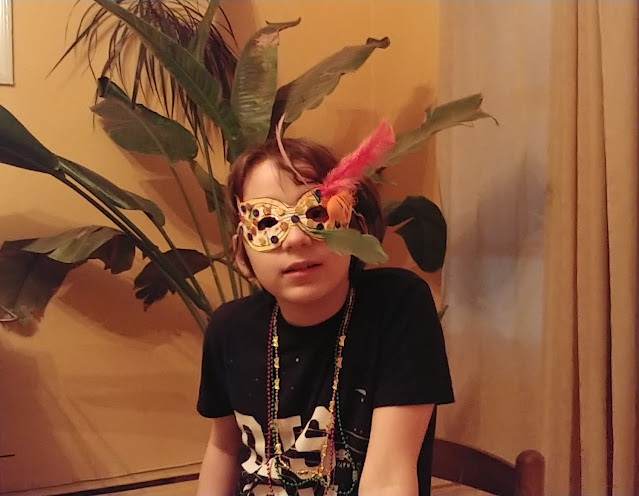 Besides feeling proud, there's a deep seeded feeling of love that warms our hearts. Those times when you're doing mundane activity as watching t.v. or hanging out on the porch, in they come and plop down next to you and just are who they are, no questions, talking or plotting the future, just enjoying that little moment in their childhood that is part of their life and will be with them forever. To them, it's another minute in the day, to a mom or to me, it's a moment of reflection on what I've created and raised. I take those moments and silently ponder this pre-teen who has grown physically so much in the past two years, revel in how his mind is so forthright in who he is and what he wants, see myself in his face and am blown away by human creation, know these moments of him at home and not caring about what's out there will change and while I love that, am also excited for what the future holds for this young man. I don't know, this could just be me, I do tend to have a wild imagination at times. 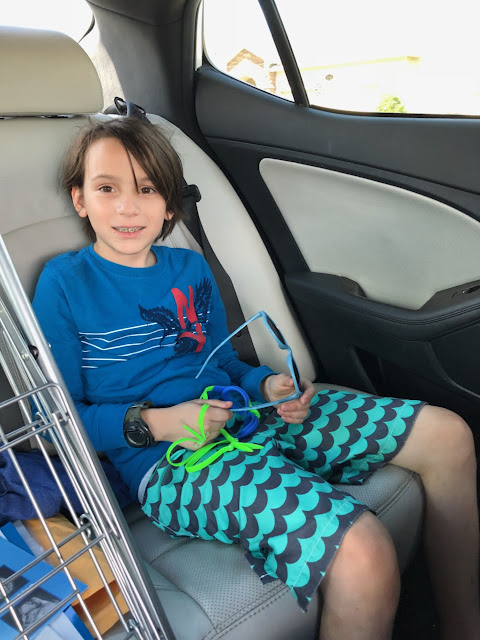 With this pre-teen I have, sometimes I have to take a step back and evaluate his changes, if I don't, he'll change again and I'll have missed this time, as it's true, it has gone by fast! My boy became a pre-teen and suddenly curses, he's smart enough to know not to do so in front of grown ups, teachers and myself and sometimes he'll say "hell" in front of me just to get a reaction. He and his friends curse when they talk because they think it's cool and find it grown up I'm sure. To me it's harmless and what I tried to explain to him is that some people take great offense in cursing and others could care less, therefore, be mindful when and who you do so in front of. He's not a rebellious child and in fact he's kind of anal about rules, so I know he understands and I fully trust him. I'm the rebellious one around here and so I think he would be too, but he's not, he's a straight arrow, Ha! He is interested in adventure and discovering new things, so once he gets wind of the amazing world outside of this home, I know he'll be outta here.

These are the things I think about at this pre-teen age. I do hope he enjoys all the amazing things this world has to offer. While I would like him to live at home with me forever, I just as much want him to live on his own and be independent. Off you go, mama bird will gently nudge him right out of the nest if necessary, I'm that kind of mom. My pre-teen is now concerned with his looks and what his hair and clothes look like, it's nothing short of adorable. He uses an exorbitant amount of hair gel, that he clearly doesn't know how to use and blobs a full palm amount onto the top of his head. All I can do is watch as he tries to comb through this huge blob, because he won't let me help him. He's left with what ultimately resembles a helmet, but at the same time, that head of hair is right in place, so I say nothing other than "you look handsome," when he asks me how it looks. My pre-teen cares what his room and his desk look like now, to my pure delight. Some days I open the door and the desk top is pristine, not a single thing out of place. 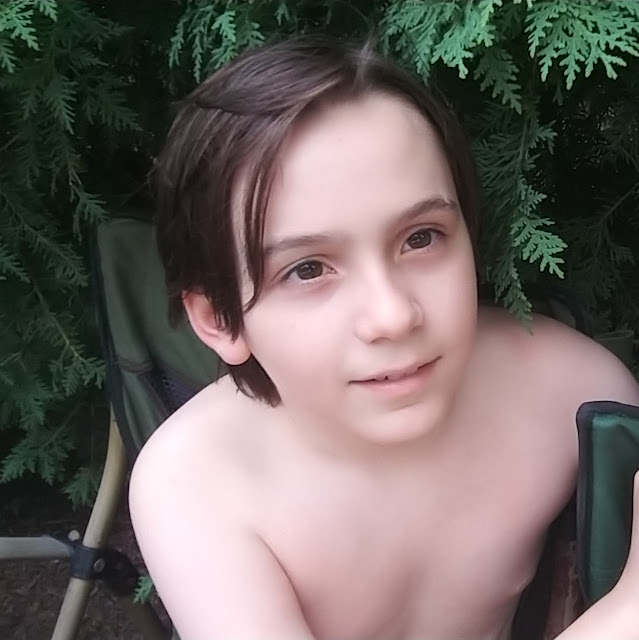 Other days I open it and find empty pizza boxes, chocolate bar wrappers, cups with half drunk milk that is old and stinky, plates with crusty old food of who knows what on it, chip wrappers, garbage over flow, so no, he's not consistent with wanting to keep his room clean, just when he gets a bug up his butt, it's better than nothing as far as I'm concerned. I'm sure my pre-teen is going through hormonal changes too, but every time I try to bring up sex to him, he looks at me in a state of horror and gets up and says he doesn't want to talk about it. I chase him and say "we have to talk about it eventually, it's natural, don't be afraid to talk about these things, the naked body is a beautif..." and, he's gone. I'm probably pushing it a bit much but in schools sex education starts in 6th grade, he's going into 7th. I took sex-ed in 6th grade and remember all the giggles at the word vagina and penis. Growing up in a large household, I know kids are capable of hearing and seeing everything good and bad, they can handle it. 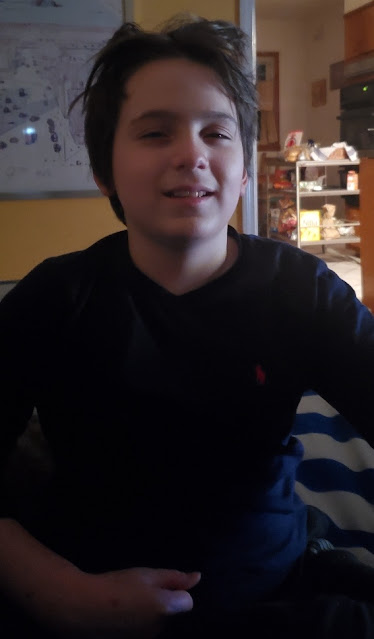 Well, my pre-teen believes he's much smarter than me anyway, so I know for a fact he can handle it. Sometimes I have to remember I'm conversing with a twelve year old -- "almost thirteen" -- as he likes to remind me and I have to be careful I don't spill too many beans. He's well versed on many subjects, but really has a good grasp on history and politics. My pre-teen can name every senator and representative in congress in all the fifty states, well the majority of the states. I don't know where this eagle memory comes from, certainly not from me, I can barely remember what I did last weekend. I'm not going to make this post one big brag about my boy, but I'd like to! Parents know. Just like all parents, I think my pre-teen is special. He has recently expressed interest in joining the Young Democrats of America. This is all on his own. Proud mama. He just gets it. I'm just so happy we have a competent President in the head seat.

He's such a cutie to me, his hair grows really fast just like his mama and I ask him if he wants it cut. So far he likes it long, but will be ready for a "high and tight" soon. He'll be handsome no matter what hair cut he has, as far as I'm concerned. Covid isolation hit him hard, that coupled with a scare he had just before from a neighbor off his medication, has turned my angel into a security guard, of this house. One of our neighbors, who has since moved, was outside cutting his weeds with a machete and off his medication. Earlier that day, two convicts escaped from a prison up north and were on the loose. On the way home from school, my angel and his pop walked by the neighbor and in his delusional state, he thought my boy's dad was one of the convicts and proceeded to chase them waving the machete in the air. This all led to the cops being called and the man being arrested and left my boy scarred. Then covid and lock down and people spreading a deadly virus. What I'm left with now is a boy/pre-teen/security who runs around and locks all the doors and doesn't like being in the front yard much.

My angel is amazing and I'm the happiest, proudest mama in the whole world and that is saying a lot as there are lots of happy mamas out there. Yes, sometimes he makes me super mad, like when he "accidentally" locks me out of the house or when he demands the remote from me to watch his show or when refuses to eat something I took time to cook for him, because he didn't get to see what ingredients I put there and fears I may have added meat (he's vegetarian) or when he starts to complain when we're out for dinner and he demands we go home just after I've ordered a glass of wine or when he thinks he's the decision maker of the house and is adamant about it or when he.. just kidding. I could on here of course, but he's my angel and he's now a pre-teen and there are days I'm in disbelief, because not that long ago, he was just a boy. 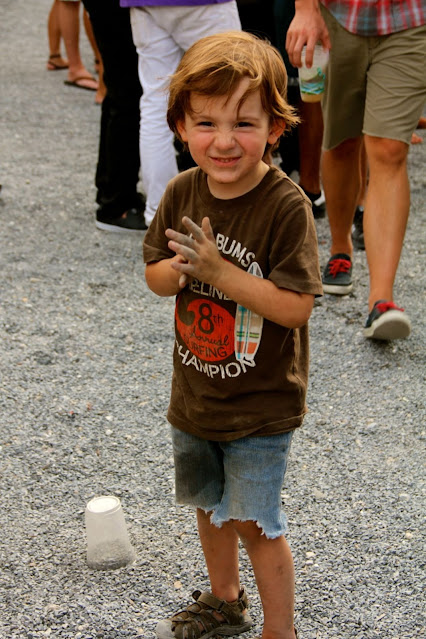 If you liked this post, check out the precursors I wrote:

What Happened To My Toddler, this I wrote for the HUFFPOST

and What Happened To My Baby