The World Is A Crazy Place

Great morning. How are you? I hope good. This crazy time continues, with so many awful things happening in the world that are out of our immediate control. I think we've all come to understand that covid isn't going away. We had a chance there, the vaccines were available to everyone, yet only 56% of Americans chose to get it. Clinical trials were completed and the FDA authorized it for emergency use. The people who won't get the shot are the same people who will go and self medicate themselves with who knows what that's out there. They'll buy all kind of drugs at the drug store and do shots of who know what in bars, they'll take mandated shots at the doctors office, such as to prevent measles, mumps, rubella, hepatitis B, pneumoniae etc. etc., but they won't get a shot to prevent themselves from getting a life threatening virus? This is a shot to save their lives and stop the spread of the virus.

When I learned there were people not willing to get the shot, my first thought was, if they don't care about their life, why should I? Let them get it and then they'll see. And of course that's what's been happening. All kinds of reports are coming out about loonies not wanting the shot and then getting covid and on their death bed saying they regret not getting the vaccine and "it's not a hoax," bla bla. Part of me wants to laugh when I see this and the other part has to remind myself that they're saying this on their deathbed and I need to show some restraint out of respect for them about to die or having already died. The humor in it all turned to anger again over these same people, as they're the ones keeping the virus alive and making it stronger, hence super covid Delta. Now we have to wear masks again, just when we thought we could go mask free. Non-vaccers are taking it too far, their paranoia and delusions have to stop.

In New York these people will be living on the fringe, as restaurants and entertainment establishments are requiring proof of vaccinations to enter their doors. New York is the first state to do so and hopefully the rest of the country will follow suit. I don't know about you, but I only want to hang with vaccinated people. You won't see it happening in Florida though, DeSantis is too concerned with winning over Trump supporters, as in, "see I follow Trumps rule, vote for me in next Presidential election." Not mandating masks in schools? Children under twelve are not eligible for the vaccines and are dying from the Delta virus and masks are proven to be effective. This is going to back fire on him. I'm just going to watch it play out and no I'm not going to laugh, I'm going to be sad that a man is more concerned with power, than lives of children in his own state. What a wacko. Cuomo on other hand, he at least did care about the lives of New Yorkers, he was our hero when covid first hit. While he went down hard, he did do a good job.

Cuomo is still living in the days where women were seen as secretaries and potential lovers, no matter what their roles were. Awful. Please don't touch us, unless invited to, thank you. I don't know if he needed to resign; then I read he stuck his hand up one of his female employee's shirt and grabbed her breast, while on the job and I quickly changed my mind. RAW.

In other terrible news, it's going down in Afghanistan and making major headlines right now. The United States had troops there for twenty years. Trump made a deal with the Taliban to stop fighting and he would pull out troops, they agreed. In typical Trump lunacy, why did he go to the Taliban first? Why didn't he consult with the Afghanistan government who the United States has backed all of these years and fought against the Taliban? Biden had to roll with this decision because what was the alternative? Continue to fight the Taliban, lose more American lives? Twenty years was more than enough time. We didn't go there to build a new country, we went there to get Osama Bin Laden, mission accomplished. The country began to see major advancements away from the Taliban. The Afghanistan government needed to take the reigns though, they had twenty years to settle in. It goes to show it was the right decision on the part of Biden if after twenty years, the entire government and military dismantled in all of a few days!?

The ones left to suffer are the innocent civilians, women and the children. The Taliban, a Deobandi Islamist religious-political military, is back and rule with an iron fist, they're basically a totalitarian regime. They're claiming their old ways are gone and they'll allow more liberties for females; however, there are already reports of women being sent home from their jobs and told to send their husbands instead, public beatings and shootings. In the old regime, females weren't allowed to attend school or work or be seen without their hijab after they hit puberty. We all know Mulala Yousafzai, who was shot in the head at fifteen years of age for speaking up about the need for education for young girls. They publicly be-head for criminal acts, ban paintings, photography, music and movies. No wonder so many people were running to the planes get out, running for their freedom. It's much worse than this with brutal treatment of Afghans, read more here if interested.

There's been major protesting in Kabul with Taliban soldiers shooting directly into the crowds. There are so many people suffering during this takeover. We've seen this happen time and again in impoverished countries around the world, just not at the speed of which this is happening. The wide spread panic is causing mass exodus and the Taliban are blocking people on their way to the airport. The U.S. government has been using cargo jets to get Americans and Afghans who have been helping the Americans out. In one flight, 800 people were on board. 800! This is all news my Conflict In The World professor in college would be over the moon to talk about, not in a happy way, but in an educational way; my degree is in International Relations. Sadly, there are all kinds of people taking advantage of this situation to scam people by sending links to donate your money. There are so many hacks out there that there's no way in hell I'm clicking on those. TIME has a great piece on how to help, for real and gives a great snippet you can read on what's happening.

Climate change...Just kidding, I'm not going to go down that rabbit hole right now, but seriously, it's moving beyond the point of no return. It is pretty eerie that the Northeast is going to be possibly hit by a hurricane this weekend?! Only since global warming has it been a "thing" for New York to be hit by hurricanes and tornadoes. There was a tornado in the Bronx a few years ago. WTF? The weather patterns have changed dramatically and of course in the West Coast, it just burns. It's horrifying to see the images of fires burning through towns destroying them completely. The West will be all desert by the time the fires are done with it. Oyi, too many problems out there. All of them man made too. Okay I need to take a deep breath or about five of them. Breathe in through the nose...hold, hold...breathe out through the mouth. Breathe in through the nose...hold, hold...breathe out through the mouth. Repeat three more times.

It's Friday morning and beyond everything else that's happening, here in my little world, the cicadas and crickets are LOUD right now. As summer begins its wind down, they really go crazy and I love it. I sat on the veranda last night with a glass of wine and tuned out the world and listened to them sing, as the sky turned from day to night, creating a beautiful display of colors you usually see at sunsets by the ocean. The witching hour is my favorite time of the day, as the earth makes its final turn away from our star. It's a time where it feels like magic is all around you. I have off today and Monday, so it's a four day weekend for me. Some things I want to do: read one of the books in my queue, relax, sleep, foodie eats and wine, long walks, very simple. I enjoy a simple, quiet life, until I don't anymore and then I want to make a bunch of plans and go out and do a bunch of stuff :)

If you're still with me, thanks as I know it was a longer one and also thanks for reading my blog, it makes what I do more enjoyable that people read it, as that is the point!

Have a wonderful, fabulous, enjoyable weekend, filled with whatever it is you like to do that makes you happy.

Flowers for the people of Afghanistan... 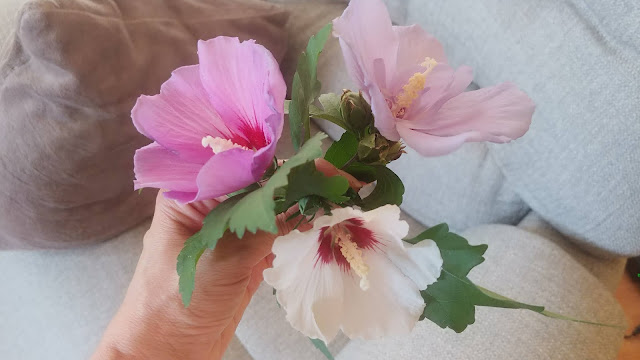 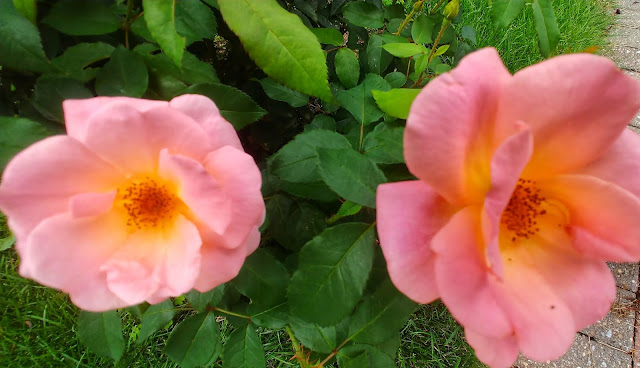 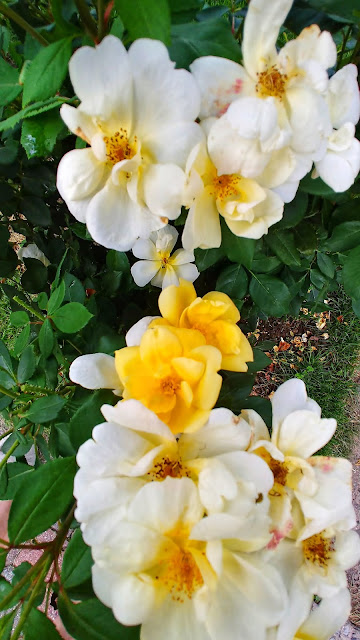 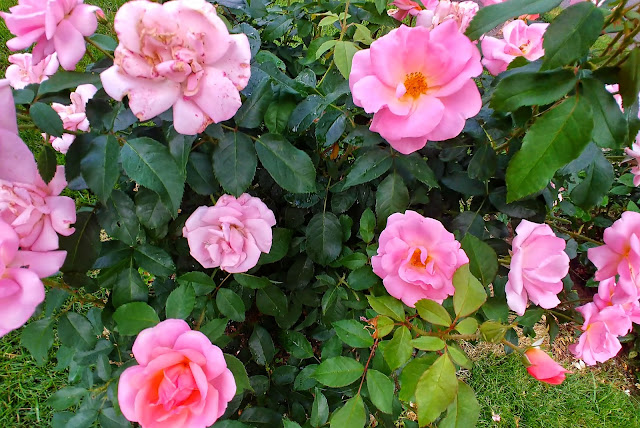 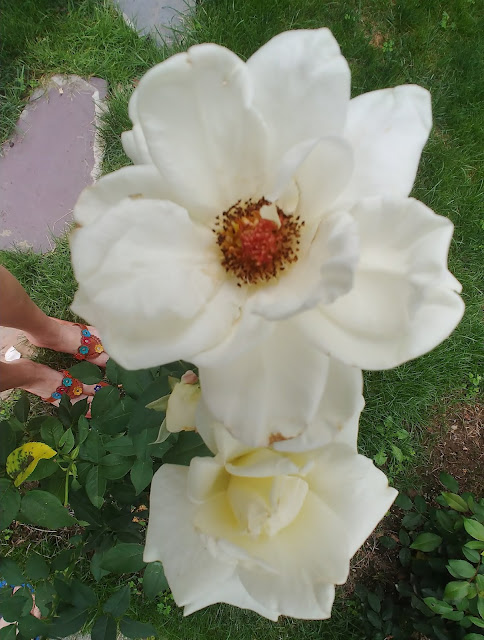 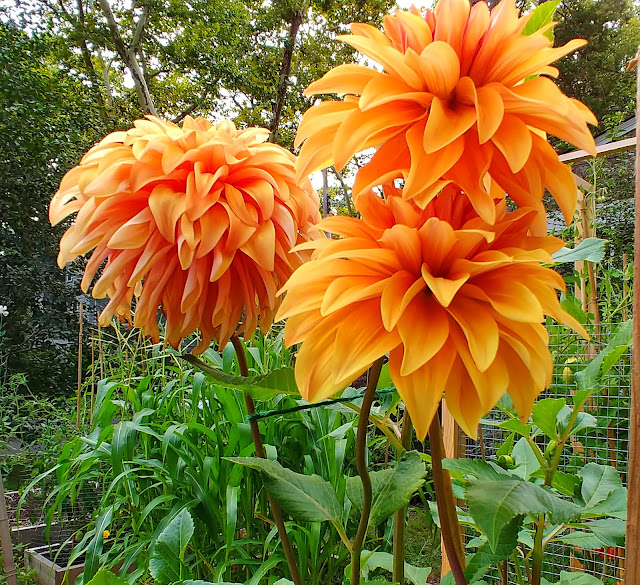 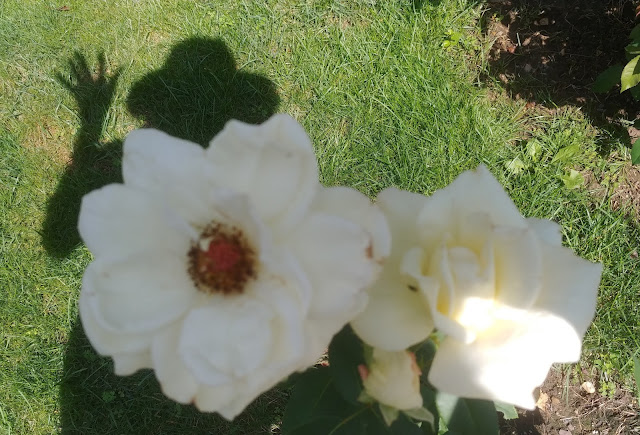