Nature tells us everything, answers to life we've searched for have been there all along, all we needed to do was open our eyes (all three) to see them. How long was it before you figured out that nothing great in life comes easy? Nothing. You see people leading these beautiful lives and they make it look so easy, but no one knows what goes on behind the screen. It's blood, sweat and tears usually - if it hasn't been for you, then please by all means, announce yourself, as you are an anomaly. Just as the lotus flower blooms through muddy waters and we too are nature, as do we; albeit our muddy waters look a little different. Our journey begins alone, wet and slimy in the dark too. Through time our safe space begins to shrink and when it doesn't fit us anymore, we decide to push our giant heads through a tiny canal to get out. How did we know how to do that? What natural instinct made us to think, my time is up in here, I need to force myself through this impossible tunnel? It's built into our psyche, it's us, humans, nothing more, we're amazing, face it. We're the ones destined to do amazing things on earth, if we drive ourselves hard enough and clearly we are fully capable of doing that.

You may be thinking, it's God, he (she?) did it, it's not me... (it couldn't be?). I hate to be the bearer of bad news, but it is you, all the success and happiness you have is because of YOU, you and your skills did it all. It's fascinating how you've put your skills to work to get ahead. You may not think it's you, that it has to be something greater, but could just anyone jump in and take over your life right now and succeed without training and experience? Skills can be anything from knowing how to talk to people to get what you want, resilience, analytical skills, fixing your problems, knowledge in your field learned through years of education, getting back up when life kicks you down, being brave, experience doing what you do whether it be keeping a family together or launching a rocket ship into space. Your know how has made doors open for you, allowing you to create the life you wanted, there's no reason to give the credit to someone (something) else. Your skills coupled with your work ethic, desire, intelligence, discipline and whatever other strategy (willed it to be?) has been your magic driving you.

It's people who exert themselves to become doctors who save lives, nurses who cure the sick, scientists who create vaccines and prevent more deaths and engineers who send people to the moon. Women give birth, parents and care workers tend to their babies/children. It's humans who have overcome adversity, prejudice, abuse and work hard to make better lives for themselves and their families. Some "angels" (people) even go the extra mile and help their communities in various ways, whether by providing clean water, helping others overcome poverty, feeding the hungry and even saving people during active, violent war. It's us who are nice and welcoming with people, so we can live with each other in peace and maybe throw in some good times too. People do these things on their own, their own drive. The opposite is also true of course, it's humans who can do horrible things. Sorry if you thought it was the devil this whole time. Wayward people will kill, rape, spew hatred and cause all other kinds of trouble for other people and for themselves. They're not possessed, they're just lost.

I know all of this may have come as a shock, if you thought it was god or the devil the whole time. I believe we are a much more advanced society now and can understand this. The 1600's for example were so primitive, right here in this country, women were only of use to cook and clean for their husbands and bear children. If the women didn't cooperate, their husbands could punish them without repercussions from the court. Outspoken, strong minded women opposed to this were considered witches and we all know what happened to the "witches." Men feared them, so they burned them alive, to scare other "witches." Those men from the "1600's" would be so mad if they could see women today. Thank you to our strong, feminist sisters who died for us to have the independence we have today. Don't even get me started on slavery or the indigenous people. Now that I think of it, it's been man all along doing these horrible things, the Anglo-Saxon white man in particular. Calm down white men, I'm not saying it's all your fault and that you're all bad, of course there have been good white men in history too, maybe a bit of outliers, but still they existed. So yeah, we've come a long way in evolution as a species.

The lotus flower has always been a symbol of spirituality for millions of years, because learning about its path, tells us so much. It begins its journey in the mud, growing as a wee bud, as the lotus continues to form, it rises up through the water to the surface. Once it has reached the surface and feels the light from the sun, it blooms into a beautiful flower. The symbolism in Buddhism is of the Buddha's awakening, when he attained enlightenment, which we're all capable of. If a delicate flower can push its way through the muddy waters and bloom, we too can get keep pushing forward and attain enlightenment. A regular practice of serious / proper meditation, can free you from: ego, attachments, delusions, fears, worries and ignorance. I try to explain this to my son when we're meditating, as he tends to slouch or play with his feet, concern himself with time, the list goes on and on and I try to explain that in order to get the full benefits of meditation, there is a proper way to do things: sitting up with your back straight for example is one, in the LOTUS position.

The power of meditation and why it's becoming more and more popular in Western culture, is that it re-wires the brain and for an added bonus, you can do it from the comfort of your home, without having to schlep to church every Sunday morning. I know there are people who love their practice of going to church every Sunday, my dad still does, even though all other five of us who used to go with him don't anymore. I guess he probably prays for us when he's there, which is a lovely thought. My dad is the type who will never meditate, he's as old school as old school there is. He believes in the Catholic religion and that's that. I totally get it though, the church is a beautiful, peaceful atmosphere that I like to pop into every now and then for a hit of calm. There are many options to live a spiritual life. Even an atheist can be spiritual, even if they don't believe in God or affiliate with a religion. They may have their own belief of spirituality, such as there is something out there, a higher power of some sort. It may not be God, but what if it's passed relatives or friends or just the immense power of the energy in the cosmos?

But who created the cosmos then? Something did. Scientists call it the Big Bang theory and I believe in scientist - again, I believe in people. While it's still a theory, there is now evidence to support the big bang theory. Just as a reminder to people who don't believe in scientist (so fn ridiculous), everything they do is evidence based. What has the world come to that we have to explain this? Anyway, I'm not going down some rabbit hole this morning, I going to stay in good spirits. Back to the big bang theory. I'm not super smart like scientists or other highly educated people, I struggle with lots of things, one thing I don't struggle with is knowing scientists do research to find evidence. So based on the big bang theory, here goes my theory, the universe was created by the big bang and as it continues to expand every day further into the future, when it gets too big in the space it's in, it will bloom...yet again.

I'll leave you with my versions of the lotus flower. All drawings are by me, I'm enjoying this drawing thing :()  ... 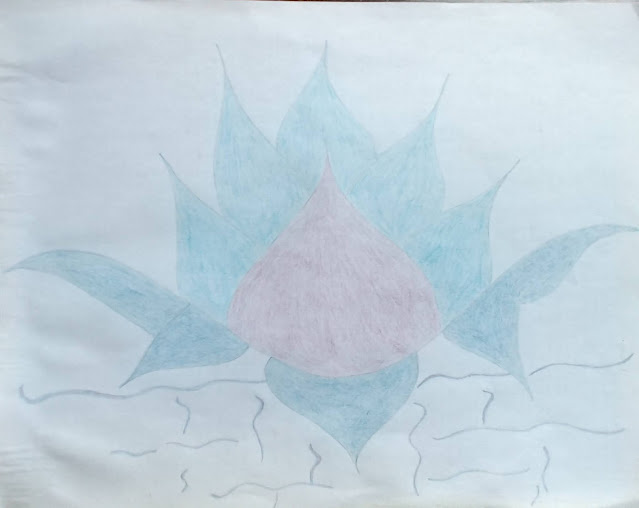 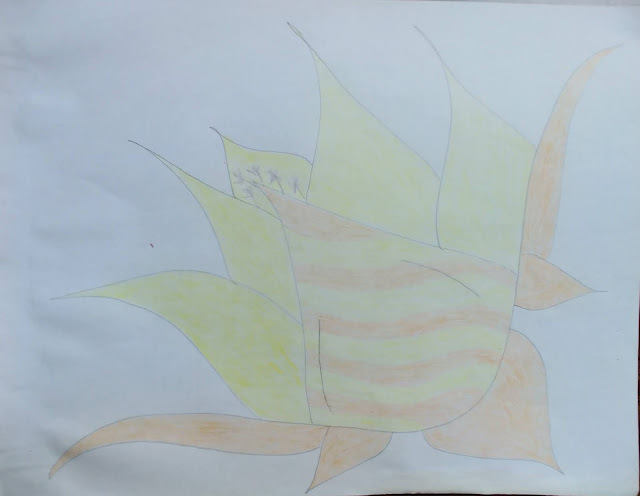 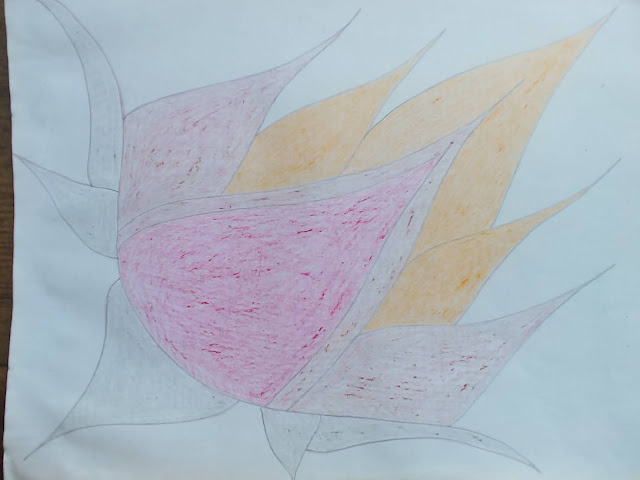 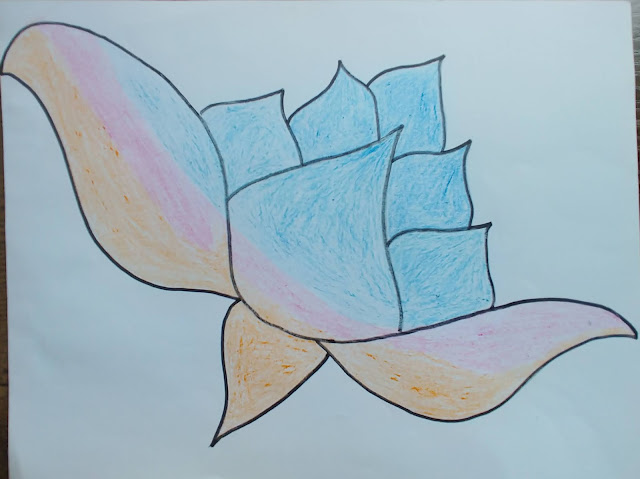 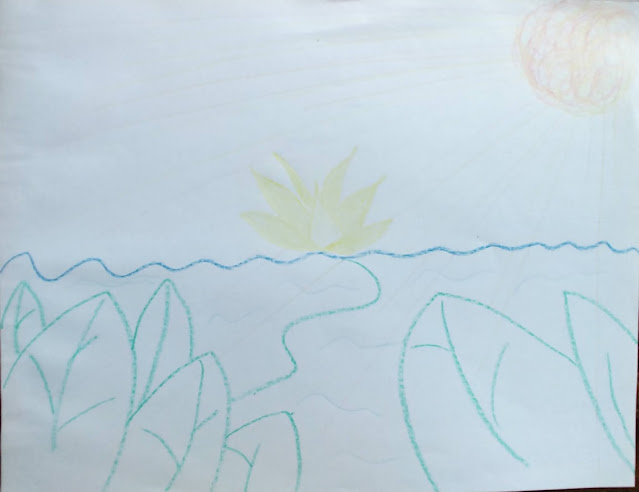 What's your version of the how the universe was created? I know I don't have comments turned on anymore, you can tell me your theory on twitter if you feel so inclined, I am active on that once in a while @tellitsisterny