Good morning. It's Friday, it's a full moon and it's sunny out, freezing cold but extra bright out there, life is good. I've been having a hard time getting out of bed lately. I've been getting up more around the 6:00 a.m. mark. I know, what a slacker. These dark morning's are a killer. Beds are extra comfortable right at that pre-dawn period when you're slightly awake and you know you should just bite the bullet and get up, but you can't, because you're trapped by the comfort, the warmth of the blankets and dead weight of the body bound to the bed by what seems like steel chains. I can't even think about it too much or I'll never get up tomorrow. Check me on a weekend day though and I'm wide awake at 5:30 a.m. I try to make it a point to go back to sleep then and it doesn't happen. It's the polar opposite of what happens during the week. I hope we start seeing light soon in the earlier morning. Time will tell. It always does.

It would be strange to write on my blog right now and not mention the Trump elephant. Impeached twice and stirred up a crowd to storm the Capitol. Oh no big deal, we're only talking about the ex President of the United States of America. He didn't even hide his dirty deeds this time, he had his people gather and announced from the stage that they would walk "together" to the capitol. It's no surprise he didn't join them, instead watching "the event" with his family under tents on large screen T.V.'s. As an ex-event planner, I can tell you, tents and outside equipment take planning, even that little insight shows the day was pre-arranged. The lies he won the election bla bla and told his people to "fight" and a whole bunch of other stuff I don't really care about anymore. I think he did it because he was mad he lost the world's attention. He got it back alright showing no shame or guilt, a true sociopath. I do envy sociopaths a little in that way. The last episode of the Trump reality show was just as he said it would be, "wild."

What fun it was to watch the helicopter fly him away. A friend on social media did a video post saying Trump supporters and Democrats can be friends despite our differences?! She's the only friend I have who's a Trump supporter. I do have family who are Trump supporters and for the most part we're careful with each other on the subject of politics. We don't get to see each other much and do our best not to spend our little time arguing. It does come up sometimes and it can get tense, because there's no way I'm not going to say my opinion on the matter. I could just stay quiet and keep the peace, but with the way our democracy was under attack, that was not going to happen. I did try to bite my tongue during meal time at least, it didn't always work out for me. My Trump supporter friend is also very opinionated and if she and I started on politics, we'd end up going round and round and getting nowhere. I don't want to argue with her, because other than her being a Trump supporter, I like her, she's fun to hang out with.

My friend's post and this covid lock down makes me think about other friendships I have and those I've lost. It's normal as life goes on for friendships to drop off, I mean just for the sheer factor of time. Who has time to be friends with every friend you've ever had? I'm talking real friendships, ones we see or talk (ok text) every now and then with. It's not possible, so just the ones where both are invested are the ones that end up lasting. It's easy to just never reach out and stay living in your bubble. As an introvert, I can say as fact, friendships do take a little work. The best ones I have are those where it's a two way street, we both reach out, not just one always reaching out to the other, that's no fun for anyone. When it gets to that, time to exit, for me anyway, I just don't have time for that. On the flip side, those who invest in the friendship as I do, will have me for life. I don't mean being in touch every single day or week even. I have great friends who I see or chat with maybe once a year and we can pick up right where we left off. I think of my friend Alison in this case.

Men are a whole other subject. Sadly, I'm not friends with any of my ex-boyfriends. There was hope there a while back with one, but he eventually disappeared back into the realm of nothingness and memories. I wish I was still friends with my high school boyfriend Corey, he'll always be part of my family. Corey: if you're reading this, get in touch! (As if). I have a few male friends. Marco is one, I can call out of the blue and he would be down to grab a beer. Louis is another, he's a good friend of Marco and an ex-boyfriend of my friend who passed away. Then there's Craig who's the best and in fact I was a "zoom party" with him this past Friday. Unfortunately, it's the only way to see people these days, in New York at least! I don't know what's going on in other states where they're out and about like there isn't a raging world pandemic. We take the pandemic seriously here! We're double masking now and wearing face shields. I wore a face shield for the first time the other day and it was... strange. It's better than catching super covid though.

When everyone is vaccinated and we can be social again without the fear of the plague, I like to think about the first trip I want to go on and the people I want to see. I'm hoping to be able to get down to Florida for the holidays and see my family and for friends there I think of Cindy. Our friendship goes back to our late teens, we met while working at an Irish pub style restaurant. Christie Lee also comes to mind. We met while working together at upscale hair salon, another business that's long gone. We stay in touch and she always makes time for me when I go down, even if it's a last minute trip. Jenn is another Florida friend, whom I also met working at the same restaurant and time period that I met Cindy. Our friendship had a rift recently because it seemed for a while I was the one doing all the reaching out and she flaked on a bunch of our plans when I was down. We've been as close as sisters and can tell each other when we're unhappy (ok mad). We hashed it out and it got ugly, we're on the mend and time heals all wounds.

Long lost friends are just that, lost in the time, I do love hearing from them, when it does happen. The "why" we haven't been in touch is always interesting. Could just be our busy lives, time, distance etc. or it could be there was a problem. Any friend I haven't spoken to from say two years ago, I wouldn't remember why unless it was really bad, as in something crazy went down. I recently got back in touch with a friend like this, Fadela. We had a falling out many years ago. It took years for the would to heal for both of us and we're back together now. I look back on the whole thing and it's just gone, I don't care about it at all, in fact I'm happy we're back together and so is she. With covid we can't see each other, but as soon as it's over we're going to get together, we always have good times together. She's from Paris and has the most adorable french accent, we call her frenchie. If there are any long lost friends reading this blog, please get in touch!

I could go on and on about the wonderful women in my life. This post is starting to get on long side though, but I do have the utmost respect and love for them. We inspire each other, support each other, make each other laugh and bring a true sense of comfort when we're together. Some other Queens who are top of mind include Vanessa, Lisa, Maria, Alicia, Crystiina, Ziska, Dawn, Frannie and Nicole. These are women I stay in touch with throughout life. Some we're in touch more than others of course, as is normal. It's good for our well being to be with friends. I wish them (and you) nothing but happiness, success and love. For people who value friendships as much as I do, you know how much we're missing the human connection right now. Sure we can do zoom and all that, but nothing beats a friend's smiling face in person. 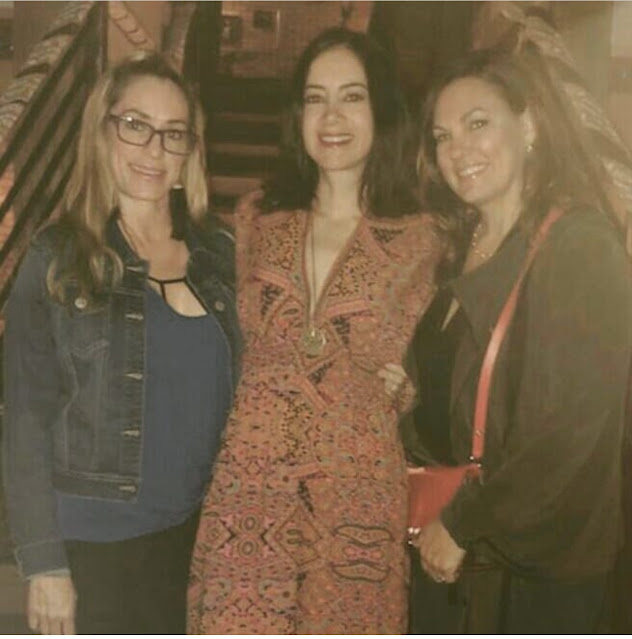 With Alison and Christee Lee in Tampa, Flo-Rida not many years ago  (Go Bucs!!) 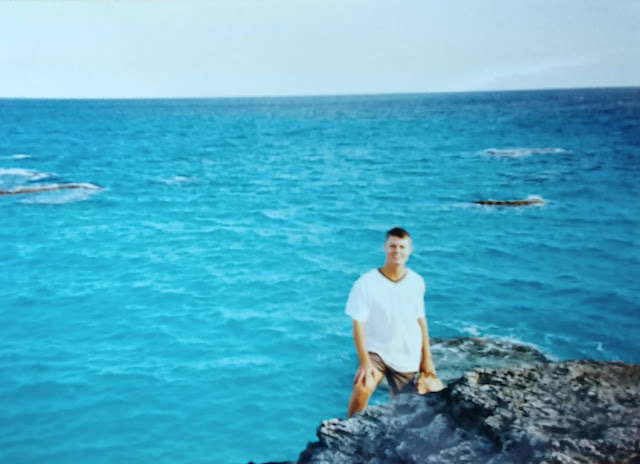 With Corey in Bermuda, oh going way back to what I believe is the early to mid 90's 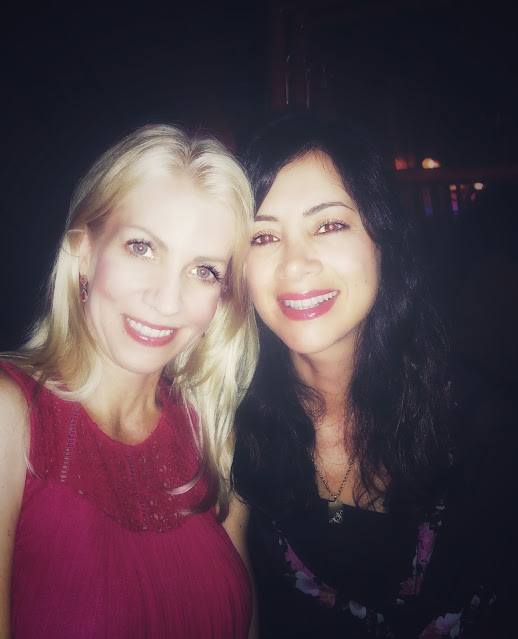 With Cindy in South Tampa, Florida, not many years ago at all 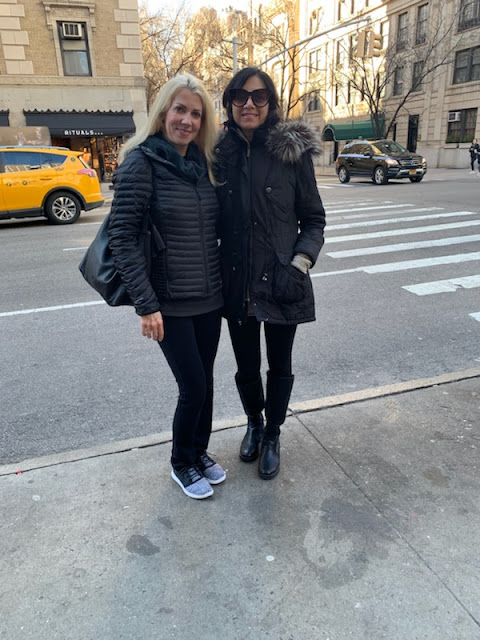 Cindy and I again in NYC, just a few years ago, maybe like 3 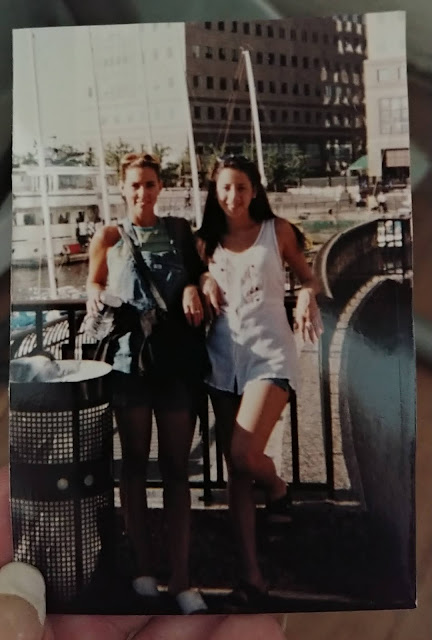 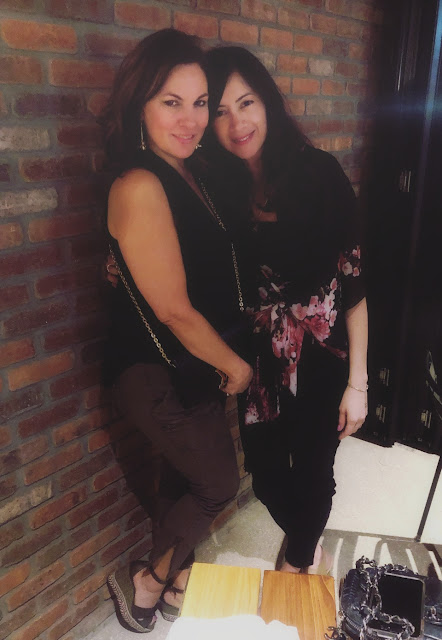 Me and Christee in Florida, just like two years ago 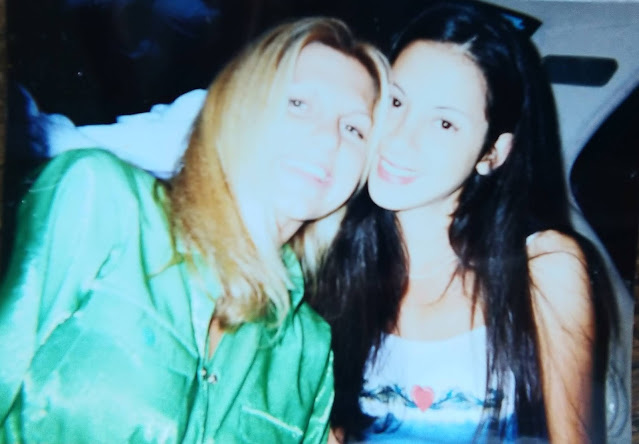 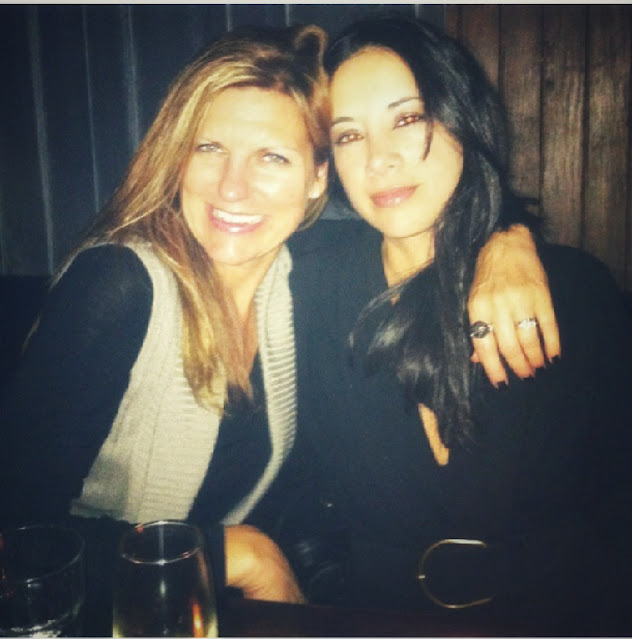 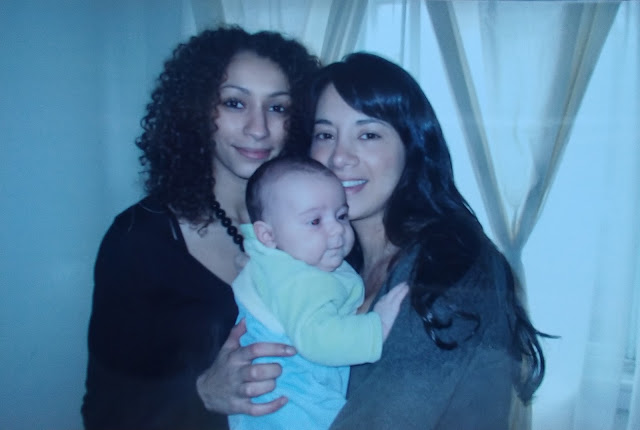 With Fadela and Alistair, 2009 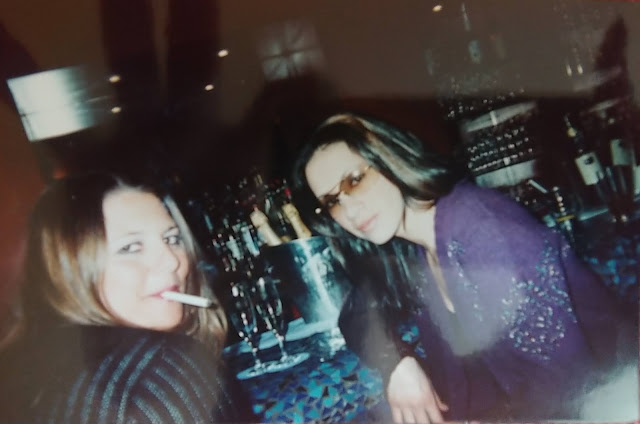 With Vanessa in Paris, I remember this clear as day, as it was my 30th birthday night 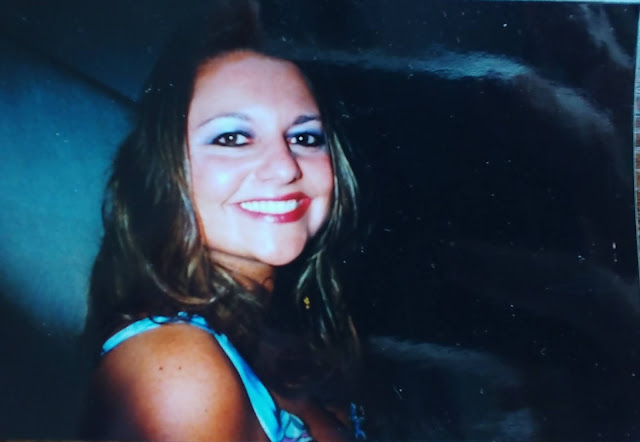 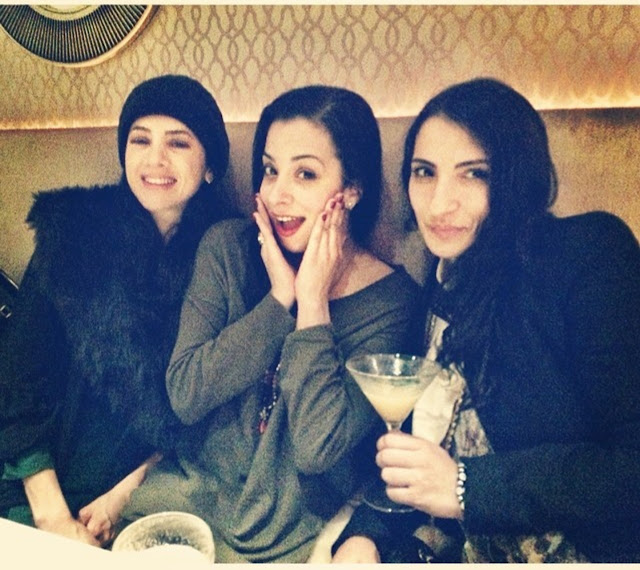 With Maria (middle) in SoHo, NYC, about four or five years ago 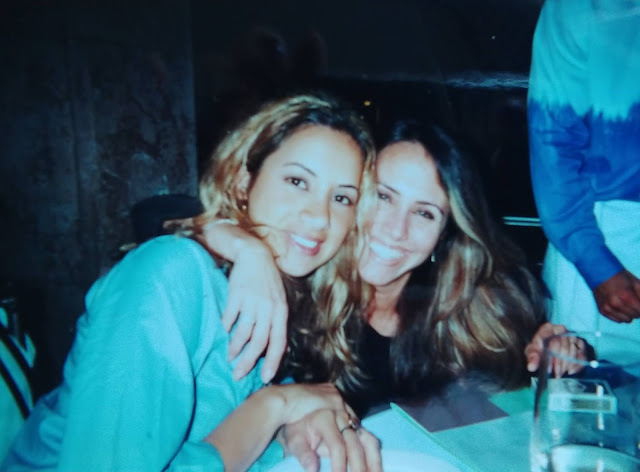 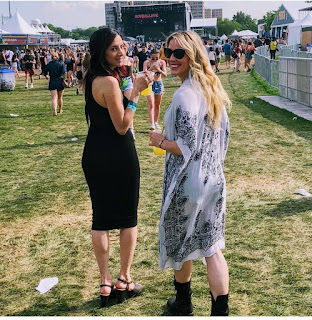 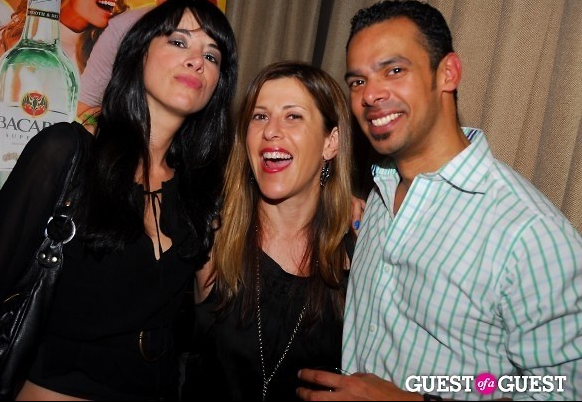 With Crystiina and Marco in TriBeCa, NYC, 2013 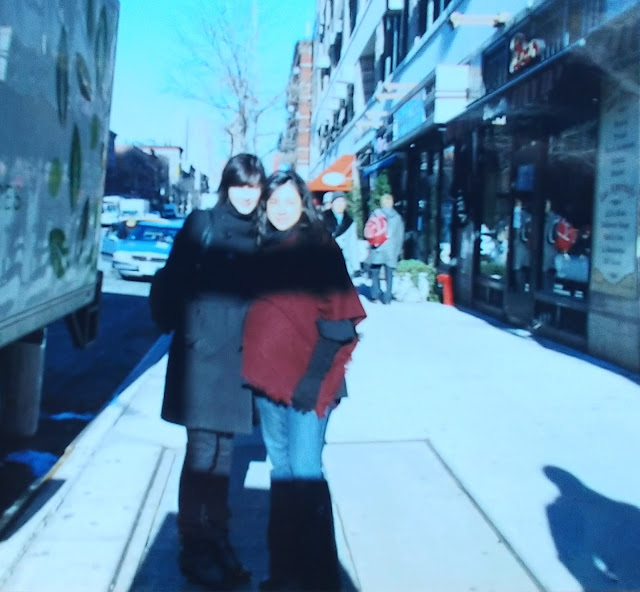 With Ziska on the Upper West Side, NYC, this goes back to 2009, I know because I was pregnant in this pic 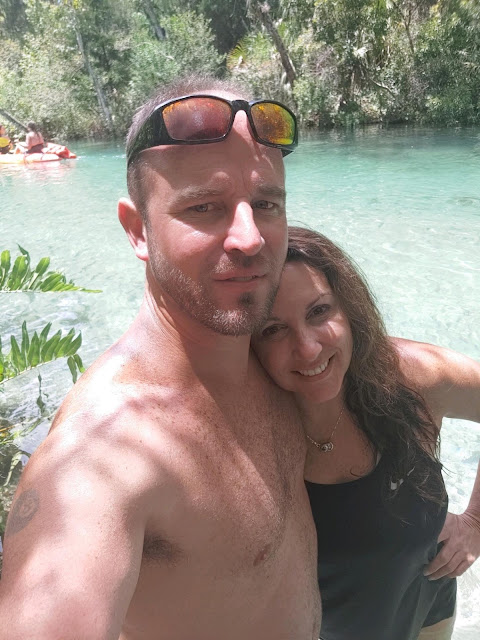 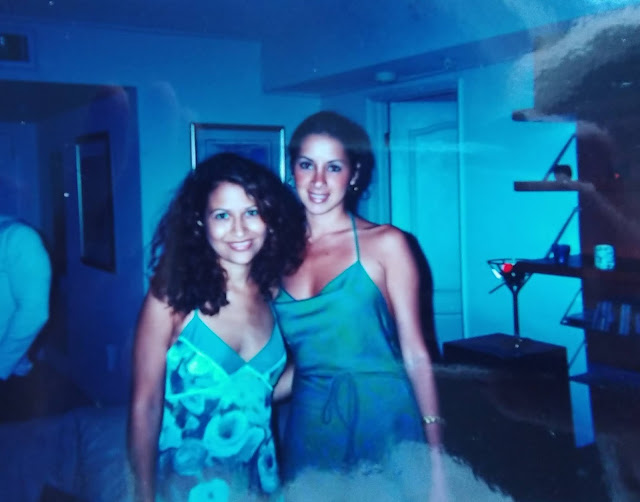 With Frances in South Beach, FL, way back again to around 2001 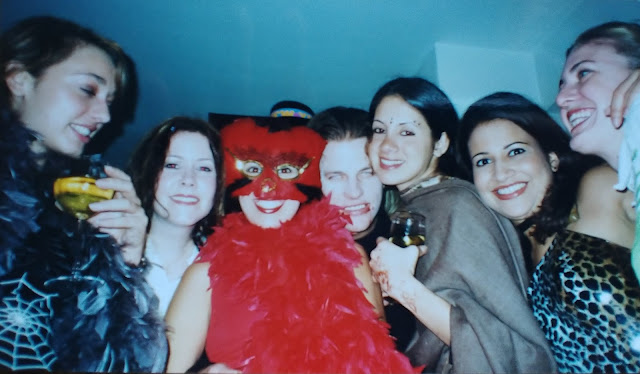 With Frannie and I see Laurence and Jessica there too at Halloween in my apt in Chelsea, NYC, same 2001 era 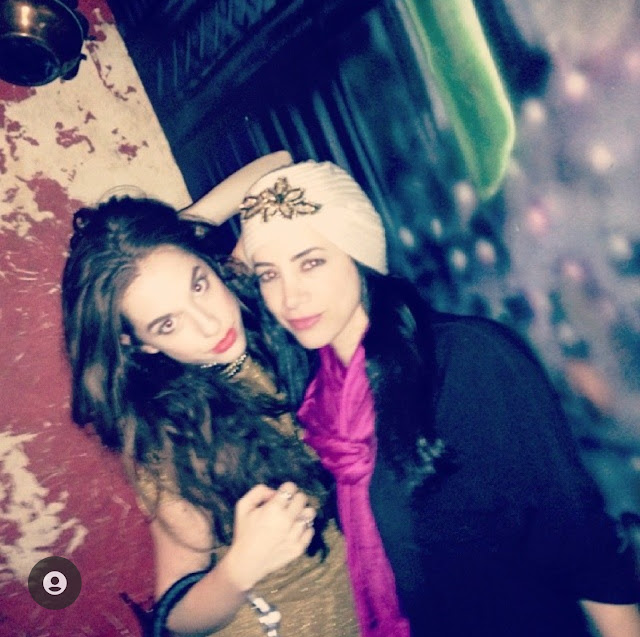 With Nicole on the Lower East Side, NYC, 'bout six years ago
~~ Fab Life ~~

Family is a whole other level of love, but I'll save that for another post. Happy Friday and I hope you have a wonderful, fun or relaxing or wild or mellow or however you plan to spend it weekend.