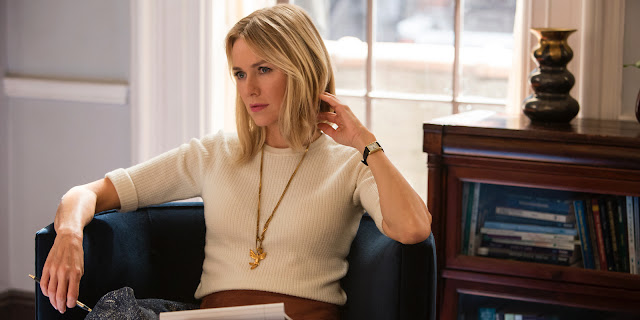 What a great show. If you've seen it, I'm in the middle of it now, I'm at the part where Michael tells his sexy assistant what's up. The stunning Naomi Watts plays Diane, or rather Jean, better yet both. Jean is the main character and her "real" life is lead in a more settled manner. She's a therapist, married to Michael, played by Billy Crudup and they have an eight year old daughter, Dolly, played by Maren Heary. Dolly thinks she's a little boy and it's adorable, she dresses like a boy, plays with boy toys and would rather hang with the boys, she even cut her long hair on her own to feel more like herself, as she put it. Jean and Michael are completely fine with it, as long as she's happy is all they care about. The time-on-their-hands-moms at Dolly's school are another story. Jean is much cooler than they are and is able to squash their nonsense, which makes for some great entertainment. 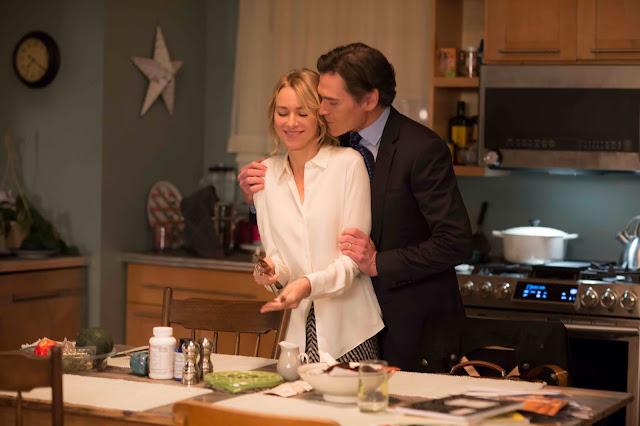 That's the background. I almost want to stop here because I bet some of the people who haven't seen it are still reading and I hate to think I would ruin something good for someone. If this is the case, for the love of God, please stop reading so I can continue guilt free. Okay, I did my best, if you're still reading it's on you. So from where I left off it starts to get weird. While Jean is a respected professional, she has another side that likes to take risks and live on the edge. In the first episode, we learn she likes picking up coffee at her favorite shop on her way to work, we also meet one of her patients, Sam. Sam is male, in his mid-30's who's obsessed with his ex-girlfriend Sidney. Sidney's the lead singer in a Brooklyn based rock band and works as a barista. She ended her relationship with Sam because he was too needy, as she described it. He responded by threatening to slit his wrists, which landed him in Jean's chair. Meanwhile, Jean is still stopping into the coffee shop each morning for her americano. We see her watching the baristas and finally she befriends one, Sidney. From the first episode we also learn Sidney is bi-sexual, so she too checks out Jean as she sips her coffee and they make small talk, Jean introducing herself as Diane. Jean learns Sidney has a show coming up and tucks the flyer for it in her purse. So Jean is now making her way into Sidney's life, the woman her patient is desperately seeking help from her to get over. This crosses so many boundaries in of itself. I'll have to call my friend Cindy who's a real therapist and get a good laugh with her. In episode two, we meet long time patient Claire, who's lost touch with her adult daughter because of her need to control her. She's aware of her daughter's life, where she lives, her friends and even the salon she gets her hair done...which Jean soon finds out the address to; and it only gets better from here. 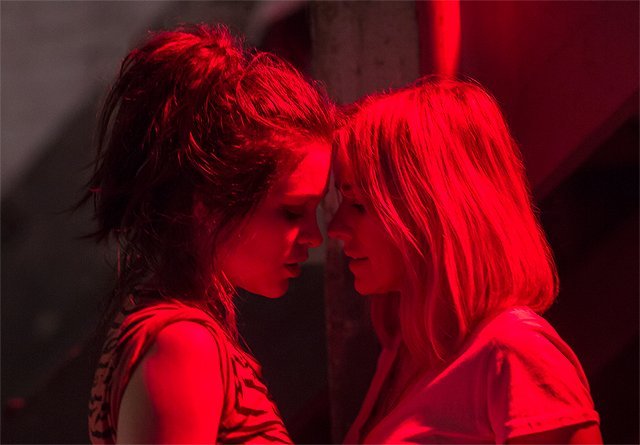 You're not gonna wanna miss this psychosexual drama, as Vanity Fair describes it. Written by Lisa Rubin and directed by Sam Taylor-Johnson (Fifty Shades of Grey), fem.

p.s. yes of course i watched the season premiere of game of thrones, sansa sure has turned icy.
i: tellitsister t: tellitsisterny
Labels: Show Reviews