My work travel has increased considerably in the last two months. I've traveled heavily for jobs in the past and got to the point that I didn't care for it much. I'm not trying to humble-brag here, only people with hectic work travel schedules will relate with that. After the last travel-a-lot job ended, I was able to rein it in and stay put for a good amount of time. Now that I'm back at it, the only thing I don't like about it is my routines are thrown off and I can't figure out when to write. I used to reserve early mornings for that ritual, now they're spent somewhere outside of New York in a hotel, such as right now. I'm sitting on a balcony in a room overlooking the Cape Fear river (as in the movie) in Wilmington, North Carolina. I figured this was a perfect place if any to get some inspiration. Turns out it is, I'm in awe of this charming little town. Restaurants, dessert shops, cafes, boutiques, river walk, the list goes on, all scrunched up within about three mile radius. 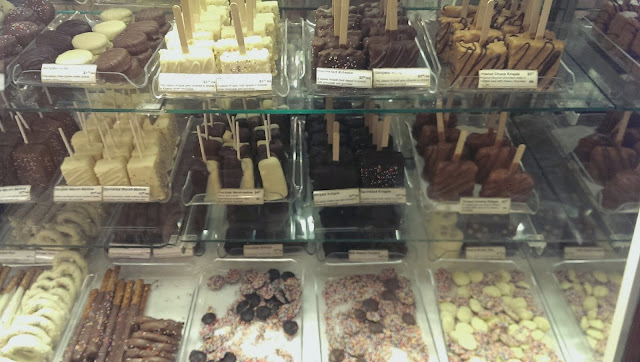 I'm looking at a huge naval ship or gigantic fishing boat, I can't tell which one and a coast guard ship. I don't think any of them are working, maybe the coast guard, the others look like they've been parked here randomly. It's nice that they did as it adds a nice touch to the view. I've been a traveling warrior lately. Hotels play a big part in how any trip is going to go. When booking online, they make themselves look as fabulous as possible, just as everyone does. The angles of the pictures they take make the rooms look amazing. One of them was so good it tricked me and I booked. When I got there, let's just say it was not amazing. There were similarities to the photos but they didn't show the dirty walls, the barely working run down elevators and the horrible smell, a mixture of mildew and febreze. Not to mention the window didn't lock and I found the sliding glass door open when I walked in, it was on the second floor, so that is not cool and kind of scary, I had to search the entire room for the serial killer I was sure was in hiding. On the positive side I got a lot of free loot at the show I was at, bonus. 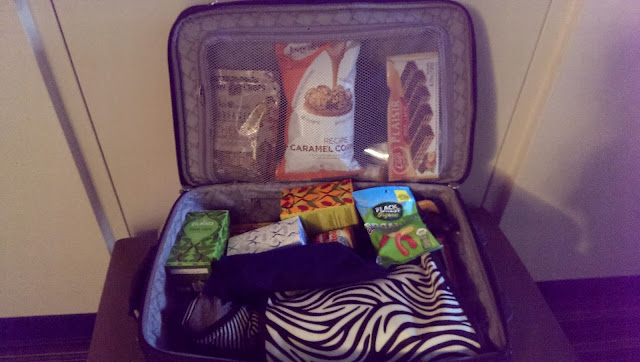 So yeah, booking a good hotel is key. This new room I'm in now is okay, not great but doable. I like this balcony and the bedroom and bathroom are clean. It's one of those hotels that also double as condos, so this room is more like a residence type of place, it has a kitchen too. When hotel rooms have kitchens they're always a little sketchy for some reason. I have to let that nuance go because it's not bad. I don't think I would go as far and say it's nice, because there are hotels that when you walk in you get super happy. This is not one of those places, it's more a place that when you walk in you think, okay it's doable. It's not worth what I paid, at all. I was also in Worcester, Massachusetts and Boston last week. Worcester is my birth place so I was glad to go there. It's a small/big town about thirty minutes Southeast of the city of Boston. That was my second trip there since we moved away about two years after I was born, maybe less than that, I can never get a straight answer from my mom. 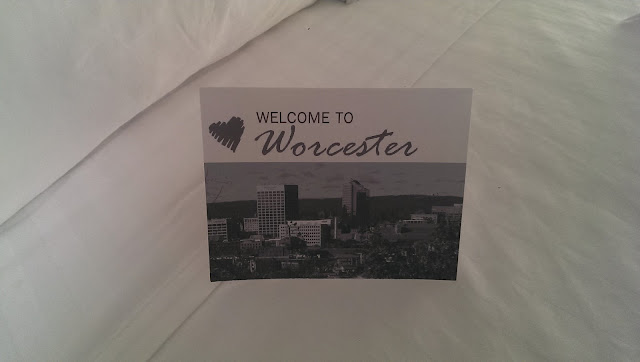 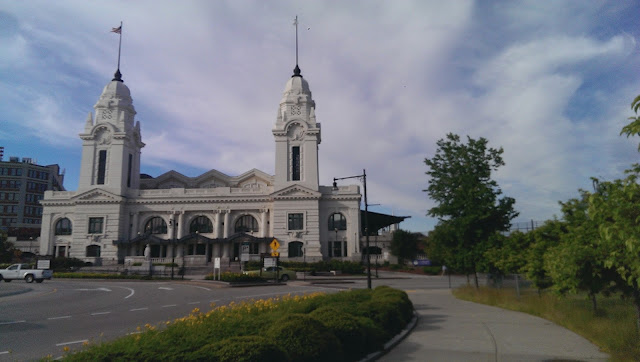 Why I haven't been able to write lately is now a factor once again. It just turned 7:00 a.m. and I have to stop because my co-worker said he's picking me up at 8:00. It's all good because this blog post is starting to get a little too long. An 8 a.m. pick up is a bit over-kill as our other co-worker said the building is fifteen minutes away. I'm not going to argue it, if it makes him feel better to be an hour early, lol, then so be it. One of those pick your battles type of moments. Maybe there'll be a coffee shop or something we can go to ahead of time, hopefully he's not planning to deprive me of that as well. Oh and his name is Dick, for real. He's not one though, he's a great guy, I do get a kick out of greeting him. "Hey Dick, good to see you!" Well that's about it I'm off and I don't know when I'll get to write again. That's not true actually, I was being all dramatic there, my travel is lightening up. I'm heading to Delaware at the end of the week, I'll be driving down so I get to avoid all the airport shenanigans. Have a great one, peace and lots of love, fabiola. xx 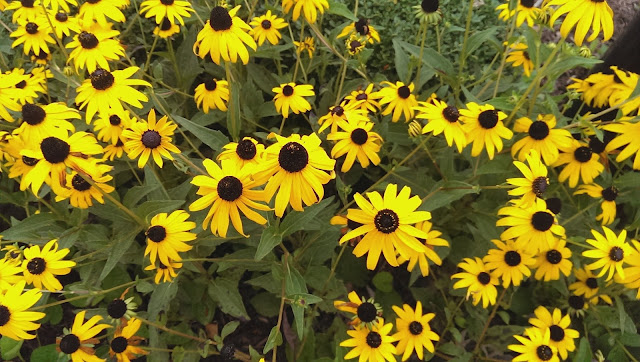