What To Watch Tonight On HBO

When a new show comes out and in this case, HBO wants us to know about it, they'll advertise the heck out of it. Also in this case, they cast a bunch of big names such as Nicole Kidman, Reese Witherspoon, Alexander Skarsgård and Zoe Kravitz among other notables. I saw the ad for Big Little Lies many times and never checked it out, don't we all just have a lot on our plate that adding another show to binge doesn't rank high on the list of priorities? I always do like a good show though. It was only until a friend recommended it and said how good it was did I decide to take notice. Well I had noticed it, so all of those marketing dollars weren't a waste, I just didn't act on it until my friend mentioned it, word of mouth still goes a long way. I did some research and found out it's based on a best-selling novel by Liane Moriarty. That's always a good sign. With it being based on a book and top-notch actors in the line-up, it has to be good, right? 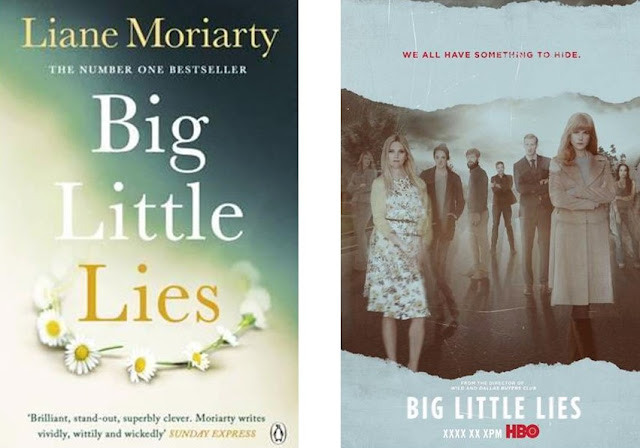 It is. In fact I think the acting is what makes the show so great, as opposed to the story itself. Not that the narrative isn't good, it's great, the acting though, with its little looks, unsaid comments and believability that only great actors can do, really brought out the emotion behind the overall theme of complex relationships, whether between a husband and wife, women to women, ex-lovers both of whom are married, parents to children, women to men, men to men and parents to teachers. The cinematography was also carefully executed and captured the magic of California's ocean side, incredible sunsets and that special groovy, naturally peaceful, atmospheric vibe that only Cali seems to have. Slap on top of that great music, which must have cost a pretty penny to use, such as Fleetwood Mac's Dreams, Janis Joplin's Call On Me, Neil Young's Harvest Moon, Jefferson Airplane's White Rabbit and PJ Harvey's The Wind of but a few that caught my ear and you have the recipe for some excellent entertainment.

Big Little Lies is centered around three main characters, Madeline, Celeste and Jane. Madeline is married and has two girls, one who is six and the other sixteen, both mature for their age. Celeste is married with two twin boys who are also six. Jane is not married and has a six year old boy. For the record, this is a fictional story, Liane Moriarty has written other fictional books as well, which are now next on my list to pick up. So these complicated relationships sit upon a picture perfect setting. You get a front row seat into dinner conversations and nighttime rituals among characters who seem to have it all, careers, children, beautiful homes and little by little issues start to unfold, because no one is perfect and everyone has their issues, no matter how rich and gorgeous you are. I thought it was also great how it explored men addressing their feelings, which you don't see much of in Hollywood and especially prevalent with Madeline's husband. A man's feelings matter, just as much as a woman's. If men and women are going to be equal, we (women) need to also take time and listen to men and not brush off their feelings as inferior to ours. 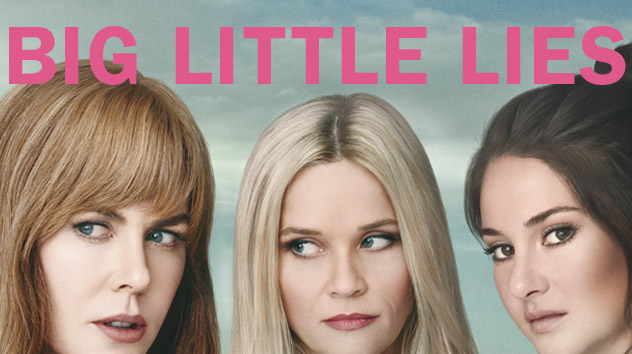 Madeline, played by Reese Witherspoon, turned out to be my favorite character. I think I was attracted to her sass, as it's a common characteristic here in New York, so I probably just related to her the most. Her tell it like it is, straight to the point, no need to sugar coat anything had me in awe and at the same time laughing out loud, literally. She can definitely rub people the wrong way, as long as you're on her good side, she's a great friend and will have your back to the end. Celeste, played by Nicole Kidman, is like Madeline's husband said, "troubled." She used to be a high-powered attorney who gave up her career to raise her two boys. She admits being a mom isn't enough for her and that resentment, along with a huge secret she's carrying around, is good enough reason to understand why she is in fact, distraught. Jane, played by Shailene Woodley, is down to earth and doesn't live in a fancy house like the others, which noted Celeste and Madeline could care less about and embrace her in their circle. She too has a big issue she's dealing with, which is unveiled pretty early in the series. There's an underlying mystery, coupled with a murder that will keep you tuned in to the dwellers of Monterey. 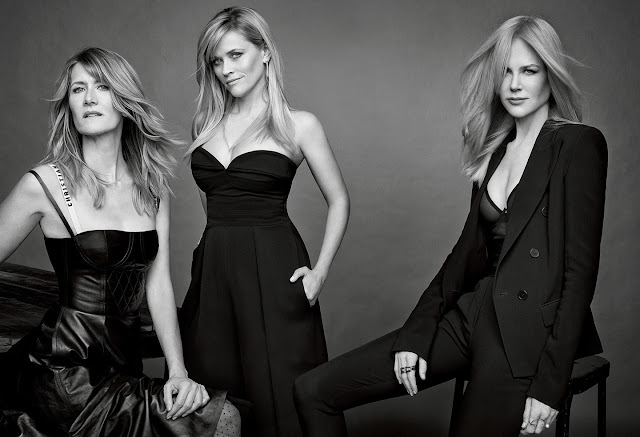 That's it, that's all I can tell without ruining the whole thing for you plus, I don't want to make this blog post too long. 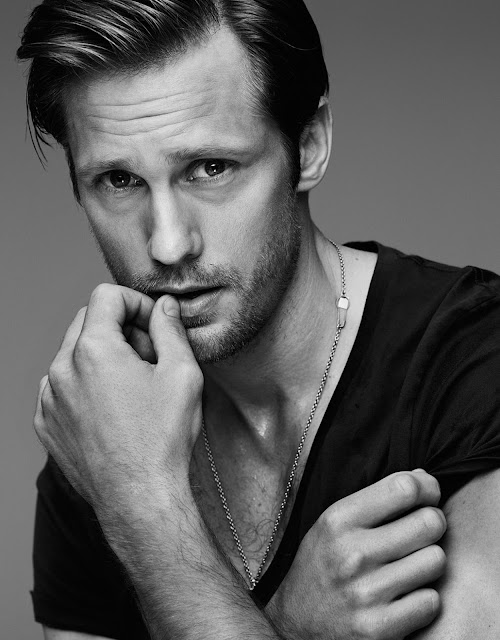 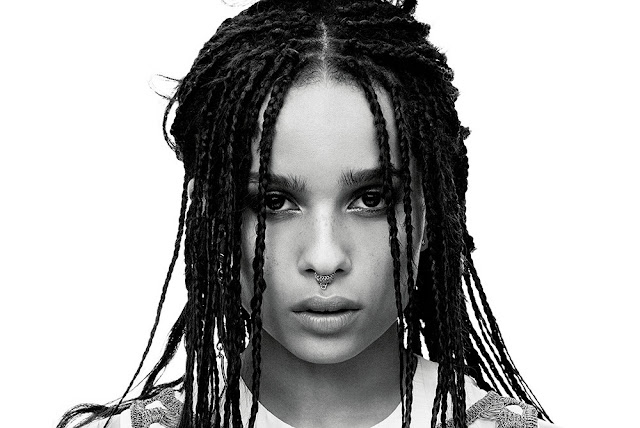 If you've seen the show, did you love it as much as I did and if so who's your favorite character?
Labels: Show Reviews