Great morning on this 3rd of March. It's still officially Winter. When March rolls around, those of us in the Northern part of the United States consider the 1st of March as Spring. The real first day of the new Equinox is March 20th at precisely 6:29 a.m., this year. For those with the love of magic, that exact second is probably a good time to cast a spell. It may not be real...but it might be. If it is, then they'll have good things coming their way, if not, I think they'll still have good things coming their way, as they'll be sharply focusing their minds on something specific. When we do this - some do so through prayer, others through spells, others through mantras, others through meditation - whatever your method of making what you want to happen, happen - it all comes down to US, our minds, which control our actions and behaviors, both consciously and subconsciously. Everything we need has been right there all along, in our cranium.

It's been a roller coaster of a week over here on my side. I was part of a re-structuring and people lost their jobs. It was as though a house was falling apart all around me and I, the only beam, remained standing. While I'm happy for my fate, I'm sad for the others. I worked directly with them, they reported to me actually and did great work, so I'm going to miss them on a day-to-day. It is what it is. It's time now for me to let that go and move on, there's nothing I can do about it, the decision was way over my head, much higher levels above me. While it seems cold, it's business and sometimes things like that happen. It's not easy being a business owner, difficult decisions need to be made and there a people dependent on you. I'm not the owner of this business, but I've had one before, so I have empathy for her. I also have empathy for the people of course, I see both sides of the coin.

The way it all went down was something out of a movie though, quite the drama. I'd never witnessed or have been part of something like that before, so it was a new experience. I was like a fly on the wall, seeing and hearing it all happen, yet silent, an almost outsider looking in. The news was quick, like ripping off a band-aid. You all have to leave, DONE. It wasn't that harsh of course, it was executed very professionally and smooth. Since it seemed like a scene out of a movie, I would say the song - in the video below after the picture of Röyksopp - would have been the track to play, while the camera skimmed across the shocked look on the people's faces... 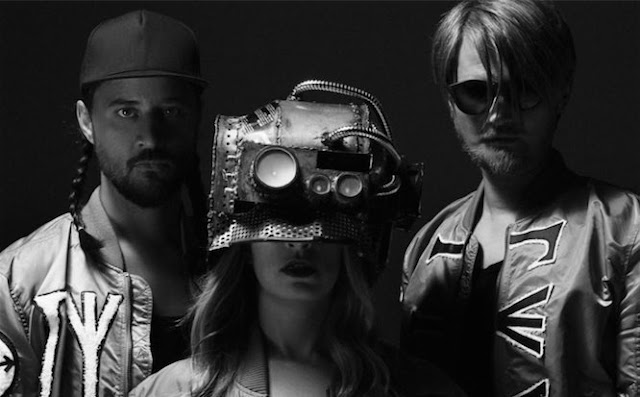 ...plus I just really like listening to this song :o c r a. xxo
(i know, i'm a total weirdo)
#purevida##welcomeweekend##
Labels: Fab Music Random Thoughts