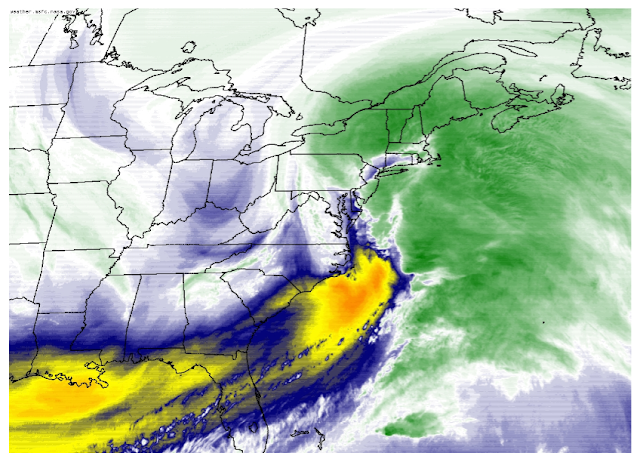 Mornin'. It's the middle of March and we just had a huge snow storm yesterday in the Northeastern part of the country, the United States that is. If we didn't know global warming existed, I would say that makes zero sense. We had temperatures in the 60's and 70's in February and a blizzard in March. Nature is super confused. The news reported yesterday's storm much worse than it actually was. Yes there were heavy winds and lots of snow, rain and sleet, so I can see why the airports canceled all the flights, mine included, it just didn't require the 24 hour news coverage. How many times did we really need to see reporters standing in the middle of the snow talking about how high it is, or then they put them in a car and had them drive around in it, that cracks me up, isn't it supposed to be hazardous driving conditions? Today we're left with a beautiful blanket of snow covering the entire Northeast canvas. The sun is coming up as I'm typing this and it looks like it's going be a clear, cold day with lots of sunshine. My phone tells me it's 19 degrees outside, I'm not planning to go out there today so that's fine, well actually I might go for a walk. I'm glad for the snow, with so much wrong in our external factors these days, the snow was just what doctor ordered. 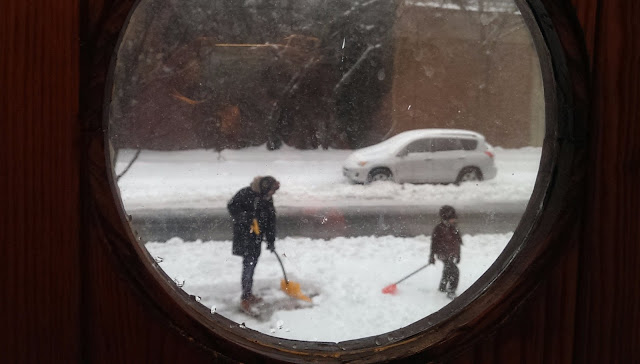 Have a fabulous Wednesday, sending you lots of peace and love xxxxoooo.