Good morning. It feels like a Tuesday, yet it's a Wednesday, thank you Presidents. The weather is so dreary and grey here, as usual. This time of year, to see the sun in New York, is like a miracle. It's not even that cold, it's been an eerily warm Winter. In the old days this would have made me cheerful, knowing our earth gets hotter and hotter each year, makes it a downer. I've been living "up North" for more than fifteen years now and in that time - this year and last - is the first it's reached and gone beyond sixty degrees in December, January & February, that I can remember anyway; if anyone wants to prove me wrong on that, please feel free, it will only help with my global warming angst. Don't worry Trump fans, I'm not going to get into the fact that he doesn't believe in it, but if you don't believe it, I implore you to do research - prove it right or wrong for yourself - I'm just a weather junkie. Talking about Trump's antics isn't just "talking politics," these days; it's talking about life.

I was in my hometown in Florida recently and visited with Trump supporters. The crazy thing is they're all extremely nice people, so I can't understand it, it's baffling. I happen to love and care for them actually, so I wasn't sure how to handle this major topic if / when it came up. One of them is an outgoing, opinionated personality and I thought I would try my best to have a nice, mild conversation with her about it, and then I feared her insistence that he's "just doing what he said he would do" would make my blood boil and all hell would break loose. The others (neither of which are pictured below) were more reserved types and I could have probably had a decent discussion with them about it, as we've done so in the past, yet again I feared they would be in agreement with the #MuslimBan and I would have been forced to prove them wrong, which would probably entail an endless discussion that would take me away from the festivities and other friends and family at hand and probably give me a headache in the process. So...I chose a different course of action, just not bring it up on my end and go with my serenity plan if they brought it up. (The married people out there know what I'm talking about)

All of that went on inside my head, on the plane, as I sat in between a lovely Jewish woman reading a World War ll novel and my now giant child reviewing Rouge One: A Star Wars Story with the other child/grown-up sitting in the row across from him. In that particular situation my choice was the right one to not bring it up, as it was a fun, celebratory occasion and maybe they were being thoughtful too, as it wasn't brought up to me. Maybe next time it can be brought up and I'll make sure and give myself a good prep to not get heated when I hear a non-truth, to not react when my heart beats a little faster to the lack of sympathy for children war refugees and to stay calm, cool and collected when I'm told we need to "keep bad people out." I'll also plan to remember that I have different points of view with the same people on religion and it's never been a major issue in the past. As long as they respect my opinion and keep an open mind to what I have to say...I'll do the same. 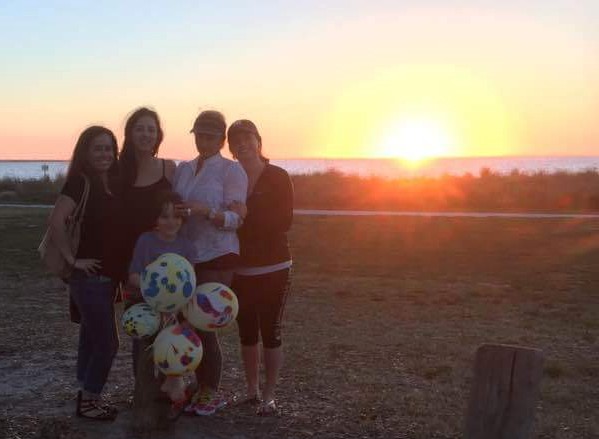