The Beverly Bitches Are Back 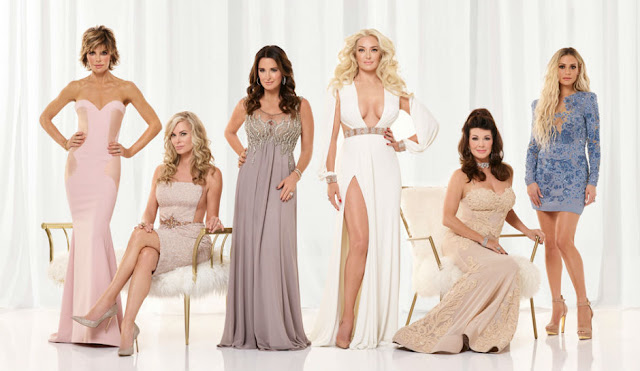 I know, I write a lot about t.v., that's because I watch a lot of it, I like it and it's entertaining af. The new women are full on glam. No more Yolanda, who I'll miss because she brought a nice, hippie vibe to the scene and was always freaking the women out when she would show up to lunches with no makeup, flip flops and jeans - this is a major scandal in the BH.

The two stars, Lisa and Kyle, will never be kicked off, Erik Jayne is back, as well as Lisa and her lips - it's okay to make fun of her lips because she wasn't born with them and paid to have that done to herself, right? (Always looking out for my karma). I think it is, in that case...those lips are ducking huge (the d is on purpose), she does have a bangin' body though. Eileen managed to sneak her way back in, although she didn't bring much to last season, except of lot of her feelings hurt over a bunch of nothing. And last but not least is a new one named Dorit. This name reminds me of a woman I used to know named Rinat. I'm always intrigued by others who share in the unique first names club. Rinat was a manager of a little tapas place on the Lower East Side called Tapeo 29. We used to sit, eat, drink wine and talk about everything under the sun for hours, I loved her, I need to reach out to her.

I don't know who to start with first. I have only watched one episode so far, so I don't think I'll have much of an assessment, but here goes...Lisa Vanderpump, we'll begin with the queen herself. She is just so super fabulous. Super duper glam, bam thank you ma'am. I enjoy looking at her and all of the sparkly things dripping off of her: big, took-me-three-hours-to-get-ready hair, make-up upon faux lashes, upon contouring, upon concealer, the world's highest heels, bedazzled art gowns and the jewelry - so over the top - but it works, for her. Some of her get-ups borderline on tranny though. Not that there is anything wrong with how trans gender women dress, the whole glam look is more their thing now, we've been replaced; now we can look like them, versus them looking like us.

So Lisa V ended last season refusing to admit she has ever done anything wrong and is the perfect friend. This is complete B.S. of course, as we witnessed with our own eyes, she pulled a Trump and lied it all off. She says she's back and stronger than ever. Looks like she'll keep with the same strategy for this season. Kyle I always love, she's a mama to four daughters, gorgeous and a decent friend, similar attributes to my mama, so she's always in. Her husband is a bit of a try hard. They brought up that they're "looking at planes" to Erika's husband. There's nothing tackier than talking about how much money you have, on camera no less. Men who don't talk about how much money they have, are usually the ones who have it. The ones who do talk about it, have it, but are cheesy af and so who cares about them anyway. The ones who talk about it in their art, that's slightly a different story.

Lisa R, her daughters, her famous husband actor and her lips are looking exactly the same. A change of hairstyle would be something nice for Lisa R to consider, maybe Brandi was right and that is a wig she's wearing? Her younger daughter is going to be a model. So now we know how models become top models, they're not picked out from the poorest slums in some far off third world country like we thought. Lisa R is always outspoken and will get right to the heart of the matter, so she's sure to stir up the pot this season. Erika Girardi and Erika Jayne are certainly quite the characters. Their music isn't much to write about. She looks great for 45. Not that a 45 year old can't look good, she just looks really good. Obviously a shit ton of work, but it doesn't look too done. Her skin is flawless and I don't see any wrinkles. She may want to consider adding a wrinkle or two there because it's not natural to not have one god damn line at 45.

Eileen looks great as always. She's still on the soap opera the Young and the Restless. How can someone be on a soap every day for so many years? That job would drive me bananas, I would want the story to end already! It just keeps going and going, when they die, they come back as ghosts or are resurrected, wtf? I guess it can suck you in. I used to watch General Hospital every day after school, my aunt originally locked me into that one. The actors I used to watch as little kids, are now the ones doing the grown up plots. I can't watch them now, I need closure and more dark, twisted plots. Speaking of, how about the Westworld finale? (SPOLIER ALERT: do not continue to read this if you have it taped and haven't watched it). Just when I started to think the show wasn't as strong as I thought, out comes the huge twist that the Dolores and William love affair had happened thirty years in the past and William was the psycho who's been raping her the whole time! Good stuff.

So the Beverly Bitches are on and ready to entertain us. Let's see if Lisa will finally break down and say specifically what she's sorry for, not just "I'm sorry." Admit it Lisa, it's okay, we've all been there sister, you can do it. The women are apparently off to Mexico and Mykonos this year, which I hear Mykonos is one big party. I've never been, I should have gone, since I worked on a Greek liquor brand for a long time, but the owner never sent me, cheapo. He was actually very nice, but yeah, he should have sent me. Here's to the new season of the #RHOBH, cheeers daaahling* 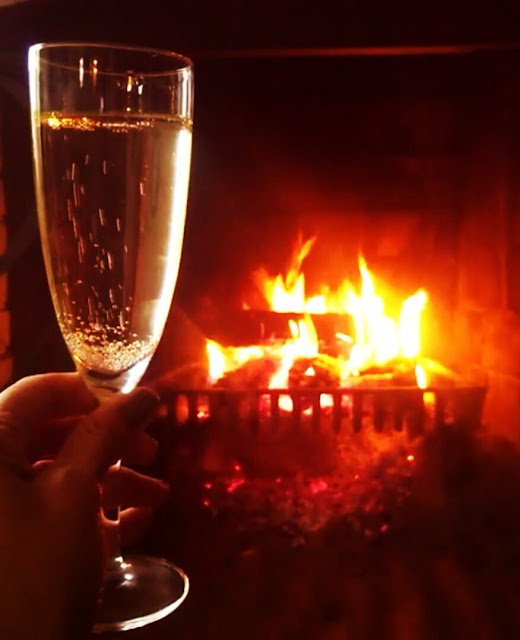