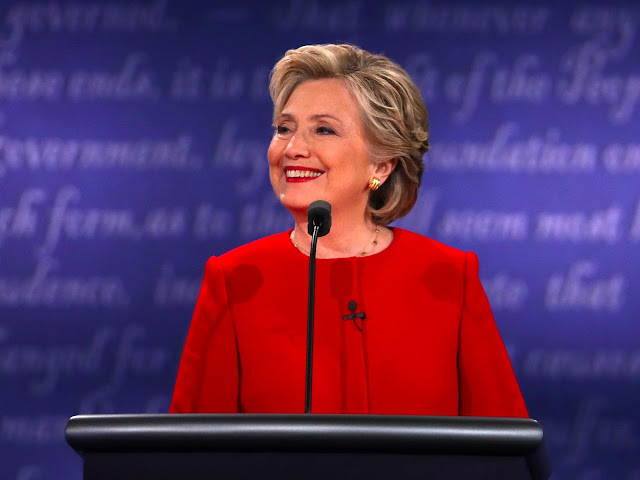 In my opinion. I decided to go in with an open mind and give the Donald a chance. I chose not to ignore his regular rambling, avoidance of answering questions, lack of policies and lies. I wanted to try and understand where his followers were coming from. The problem I encountered was that he wasn't making any sense to me. I think he lost me when he said "bigly," that is not a word. I don't feel comfortable voting for someone to be the leader of the free-world, who speaks like a toddler. He did manage to avoid calling Hillary Clinton any names on stage, which I had expected him to do, so kudos to him for that. He also managed not to completely insult her being female on stage - not completely of course - but much less that I had expected, so again points to him for that. Just before he would tell a lie, he would sniffle, that was particularly entertaining, so more points there. My vote stays with Hillary Clinton however, she had solid plans, ideas, experience and spoke intelligently and clearly, which is a requirement for a President. Trump doesn't speak intelligently at all. I'm sorry Trump supporters, I tried to get it, it just didn't happen.