Masters Of The Universe

On a nice day, I often find myself daydreaming towards the heavens and wondering what else is out there. Astronauts have an interesting job to say the least. It can also be a dangerous one, as witnessed by the explosion of the space shuttle in the 80's. I still remember the day it happened and where I was. It was a beautiful sunny day and all the kids and faculty were outside looking up, in hopes we would catch a glimpse of the shuttle heading into space. We weren't far from Space Canaveral so it was quite possible. Instead, we saw a zigzag of what looked to be clouds. After we were quickly moved back inside and the teachers were in a panic, we learned the truth, the clouds were smoke and the shuttle had exploded after take off. What a tragedy.

The American astronaut Scott Kelly and his Russian counterparts returned to earth yesterday after a year in space. While he was up there, he was instagramming. His mission led to some interesting pictures and stories. His time in space will help NASA better understand how the human body reacts and adapts to long-duration spaceflight. The astronauts orbited around earth for the entire year. That seems like an interesting journey, although I think venturing away from earth and into the outer reaches of the galaxy would be better. NASA is planning to send astronauts to Mars as early as 2030. That's less than fifteen years away. Fifteen years is a long time though, my boy will be a full-fledged grown up by then.

I've always been a huge fan of the cosmos. Anytime a space show, documentary or film comes out, you can count me in to watch. They're a great time out and relaxing for a good ole' zone out. Park me on a bed and turn on COSMOS and I'm the happiest person in the world. The universe can leave us with such a sense of wonder that it's mind boggling. There has to be other life out there. Or maybe not? Could it be that we're the only planet in the entire universe with life on it? Are we that super special of a planet and are we, humans, that unique? Maybe so. If you believe this to be true, please comment as I would love hear your thoughts on this.

I have no idea if we're alone in the universe or not. I would like to think we're not. For me, it's hard to believe that we're the only life in our entire universe. It could very well be true though. As big as our universe is and with the hundreds of thousands of galaxies out there, how could there not be other forms of life? Some believe aliens are evolved humans who have figured out how to travel through time and come back to inspect themselves through the alleged abductions. I would never want to be abducted. Sometimes at night, just before falling asleep, when I'm thinking about space and the universe, I fear if I think about it too much, I'm calling the aliens to me and then I can't sleep. #employedpeoplesproblems

So far there is no scientific proof of life anywhere else in the universe. NASA has found running water on Mars. This could mean there was once life there. Maybe life formed and it turned into an advanced civilization that moved elsewhere once the planet dried up. If that was the case, they would have probably found earth, unless earth was inhabitable at that time. It could also mean life formed but only in the form of organisms and never became intelligent. Maybe we are unique in that we evolved into the beings we are. Wouldn't that mean we're still evolving then? We have to be. So what will we look like in 200 years and what other abilities will we have? Maybe the theory of aliens being advanced humans is right.

For now, all we can do is continue to advance technologically so we can observe, learn and discover...maybe even figure out how to travel through time. Check out some of the photos and commentary below from Scott Kelly -- @stationcdrkelly. He took these from space and posted on instagram during his mission: 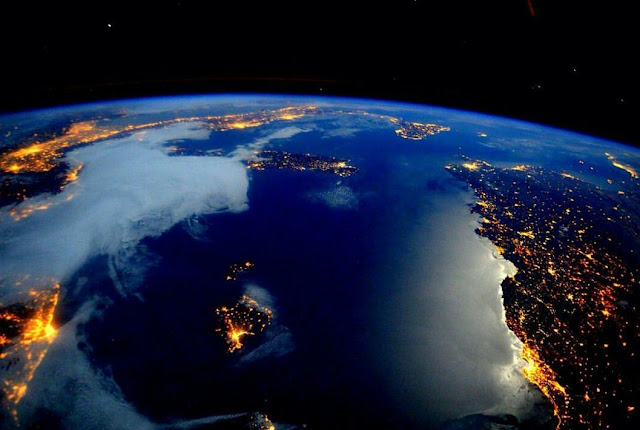 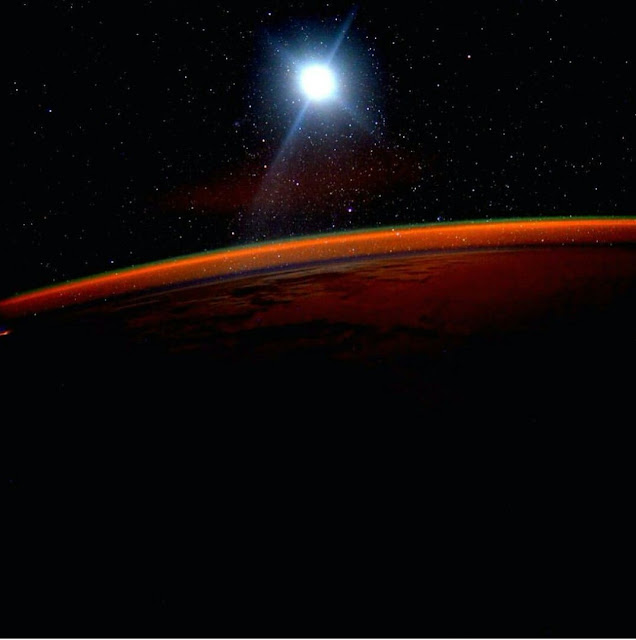 this was taken three days ago as he prepares to return back.
"#Countdown 2 days & a wake-up! Getting closer to Earth & hope Mars too." 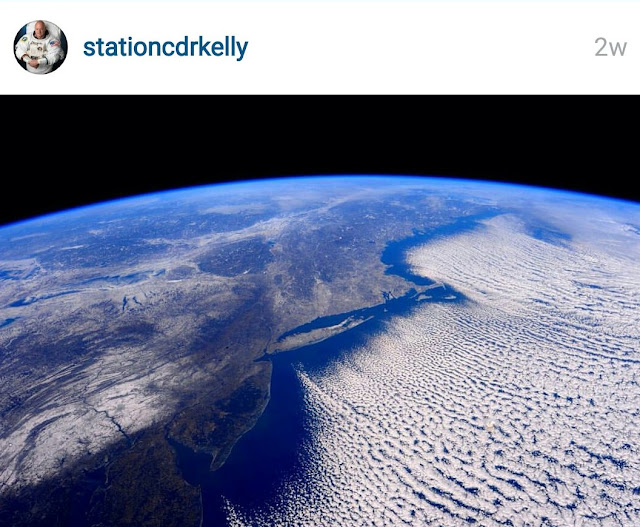 "That #polarvortex even looks cold from here!"
so that's what it looks like, holy shit 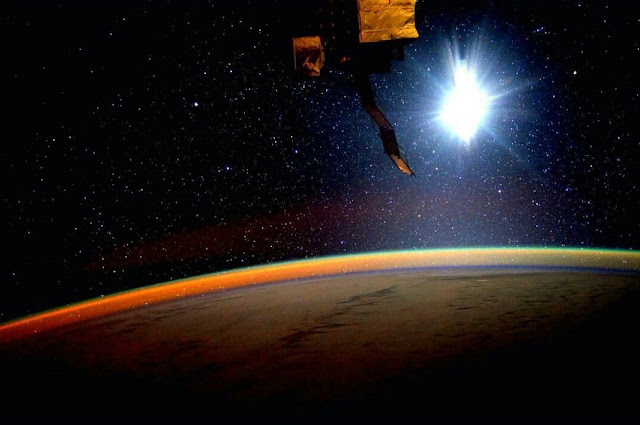 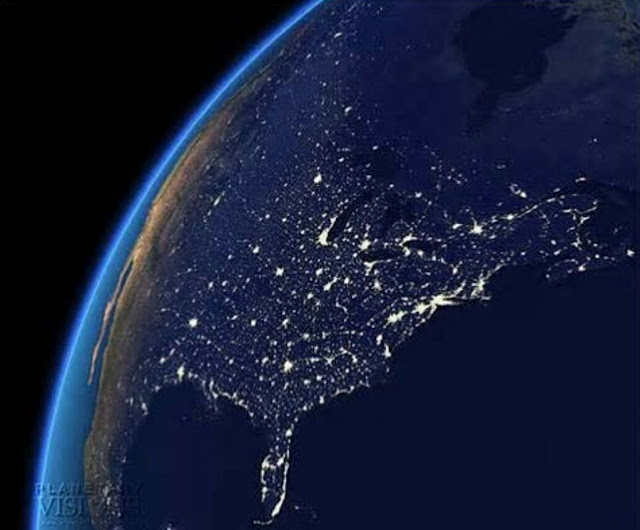