In The Web Of Beverly Hills

We're smack in the middle of the web now. I have no idea what season number it is, but we're half way through the one that's currently on air. All the cast members have been introduced and the claws are out. Kathryn, a new cast member, is the ex-wife of the man whom the late Nicole Simpson supposedly had an affair with. This comes from the book that Kyle's best friend, Faye Resnick, wrote and who was supposedly best friends with Nicole. I don't like talking about the dead, in this sort of context. It's not cool at all that Faye wrote the book and posed for Playboy after Nicole was murdered. She tried to gain "fifteen minutes" from the death of her best friend. That's really morbid.

Erika Jayne is new on the scene. Currently she is my favorite character on the show, because she truly is one, she's not just a cast member. Like the true music freak that I am, I have actually watched her music videos, as much as I could, to see if any of her music is at all catchy. So far no, I haven't found any good music there, I'm hoping to though, because I like her attitude. The videos themselves are somewhat entertaining. A lot of her T&A for the most part, not that interesting, but some good dance moves from her playboys. For the record, the type of music she is recording is not my thing at all. I'm not into that poppy shit. I was doing research for this blog post. I do like her loyalty to Yolanda through her sickness though, she's a good friend. There's nothing worse than a best friend who bails on you when you're sick.

One of the other newer cast members, Kathryn, is either trying to stir the pot or is not very intelligent. I agree with Erika in her recent blog post, that what you tell someone in person, in a conversation, is always confidential, "it's common sense." Why would she tell the other ladies in a big group about the more negative comment Erika made about Lisa V? Especially when she told Erika she wanted to be her friend. Erika called her a "fucking cunt" for doing so, hardcore. If the shoe fits... Erika is mad at Lisa V because she thinks she talked about Yolanda's kids. You certainly don't blab your big mouth to a group of ladies about a conversation you had with someone you supposedly wanted to be friends with. Erika thought she could confide in her. I'm going to rename Kathryn to Big Mouth from here on out.

Speaking of Big Mouth. Her entry line is, "don't hate the game, just marry a player." What game is she referring to? The game of life? The game of dating? Who knows. I'm going to have to guess she means the game of life. How about instead of just giving up on the game and marrying a player, she gets a job? I know she used to be a model and moves about through life on her looks, but how about trying to make your own money? At least try or at least do something other than buying over priced bags. Since you're so rich, how about helping people? She's too busy shopping and working out for that. She is getting so ripped off on those bags too. I'm all about a great leather bag, when you're being charged over $2000 for it, you're getting ripped off. There are plenty of fabulous leather bags for way less.

Lisa V likes to ask questions. What's wrong with that? She is merely trying to make conversation with someone new she's just met. I found nothing wrong with her questions. I don't think she is trying to spin anyone in a web. I think she is just a curious person and likes to try to get to know people and have fun conversation. The women should try to reciprocate and ask her some provocative questions as well, maybe an interesting conversation will come from it and there will be some real laughing out loud instead of strange, arguments over why the questions are being asked. I'm a fan of Lisa V obviously. By the way, as was exposed, it wasn't Lisa V who talked about Yolanda kids, it was Kyle who asked the question, Lisa just answered it.

I feel bad for Eileen and to learn that she was in a physically abusive relationship in the past. She seems to have put it behind her and has a beautiful life now with her husband, children and career. Bravo to her. She is an actress and actresses tend to be more sensitive souls, it's only natural. Lisa V was a bit insensitive asking her about her affair with her current husband before she married him. Lisa could try to do a better job of reading people. Eileen has been trying to tell Lisa it bothers her and instead of apologizing for intruding on a personal topic, Lisa is acting as if she has no idea why Eileen is upset. I think Lisa knows but doesn't really care, maybe having an affair isn't a big deal to her. Look, marriage isn't easy.

Yolanda's lime disease is her sickness. It is a bit strange that she, her daughter and her son all three have the same disease. Yolanda sending the email to the entire group wasn't that odd, they were all there during the lunch and witnessed the discussion. They were already involved. I think it was better she did it and addressed everyone at once. Had she sent it only to Kyle, Kyle would have probably forwarded it around anyway. This way, it's all out in the open and all the women would have had an opinion about it anyway, this way they could read it first hand. They are all part of a group and on a reality television show together. Kyle didn't respond, LOL! I wouldn't have either, as it's better to handle situations such as those in person or at least on the phone. Text doesn't count. A human voice please.

Kim is back! I love her. She has her problems and is trying to fix them. She says so every time she has a big issue, so I respect that. It's people who have their problems and then act like they don't and that their life is perfect. If you're out there showing your problems in the form of fighting with your family for instance, drinking to oblivion, being negative all the time and then thinking you don't have a problem, I have no respect for that. Bravo to Kim for accepting she has a problem - drinking - and trying to get better. I personally don't think drinking is a disease. Cancer is a disease, it's something you can't control from happening to you. Alcoholism, "all" a person has to do is stop their hand from pouring and lifting the glass (or bottle) to their lips. With real diseases, there are no options. Some have a problem in that they can't stop (or won't stop?) and so I do understand where calling alcoholism a disease comes from. It's not one though.

Kim and Kyle have a rocky relationship. Clearly they care and love each other however. Seeing the tears each one has and also watching their issues play out on television can't be easy for either of them. It's what they signed up for though. I think it's shedding light on the fact that sibling relationships are sometimes not always easy. I have three sisters, so I know sibling relationships all too well, especially with sisters. I also know how sisters can have a lot of tension in their relationship while still loving each other. Sometimes, it's best to take a break and let things cool out, which is what Kim and Kyle have done. It seems to have helped and they are starting to make their way back together.

The women of Beverly Hills are bringing all of the drama we've come to expect. We've seen sneak peeks of Brandi coming back to talk with Yolanda, the women going on vacation and what looks like more and more turmoil. Can't everyone just get along? If they did, I don't know if it would make for such an interesting show. I, just like you who are reading this - because probably only those who watch the show would have read this post in its entirety - am caught up in the web that is the Housewives of Beverly Hills. 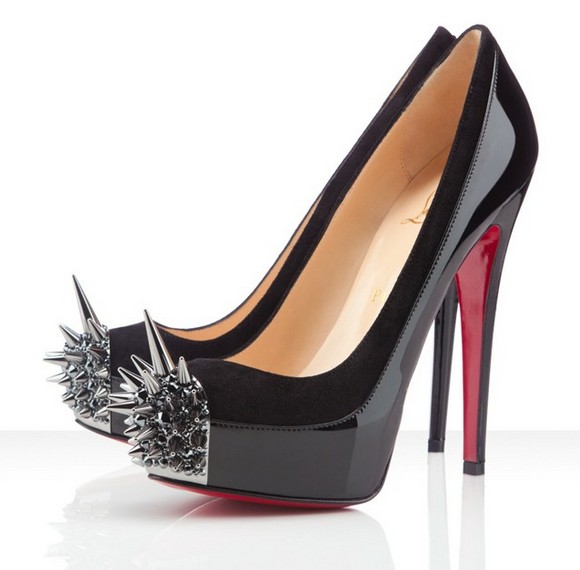