Hundreds of thousands of war refugees from Afghanistan, Syria, Iraq and Eritrea have been on the move escaping conflict, persecution and poverty. It's hard to escape the image of the Syrian toddler washed up on shore at the Bodrum border who's family also perished at sea. The image is haunting and has brought the crisis front and center on every major news outlet. They are people who are caught in the crossfire of war and left homeless with no choice to leave to find better solutions for themselves and their families.

The European Union has an open border policy allowing the movement of people between border states. The migrants are trying to get to Germany, Austria, UK, France, Italy, Greece and Sweden. Germany and Austria have welcomed the refugees in their country even holding up signs as they walked into the border saying "welcome home," and cheered them on. According to a CNN news report, the government of Hungary has not been so welcoming, treating them in ways some have described as "torture" and "inhumane." Examples of this treatment include erecting a barbed wire fence at the Hungary / Serbia border to not allow migrants passage. The migrants have said the people of Hungary have been nice however volunteering and offering blankets and food.

The people are crossing the Mediterranean sea in unsafe conditions only to arrive to the European countries to continue their journeys on foot. Upon their arrival, they wait at holding sites to be transported to transit camps where they can register as refugees and continue on their way. In Hungary, these areas are not safe and the people are being treated more like prisoners than innocents trying to find a safe, new place to live. Austria and Germany have been the most welcoming and many of the migrants are looking to seek asylum in those countries. Britain has agreed to take in 20,000 refugees over the next five years and France has also opened its arms while others such as Denmark are trying to clamp down on how many come in.

The Austrians turned out to be the most welcoming of all, but they as well as the Germans say they can't keep it up much longer. The Pope has asked that each Catholic European community (there are tens of thousands) show mercy and offer shelter to one family, the Vatican itself hosting two. News reports, images and video take us close into the boats, onto the streets and to the border of where all of the people are looking for help. The small boy who drowned and washed ashore (which will haunt your memory if you see it or have seen it -- I'm not posting it) has kept the world's attention on these travelers in the hopes that they can be treated fairly and find the peace and safety that they deserve. 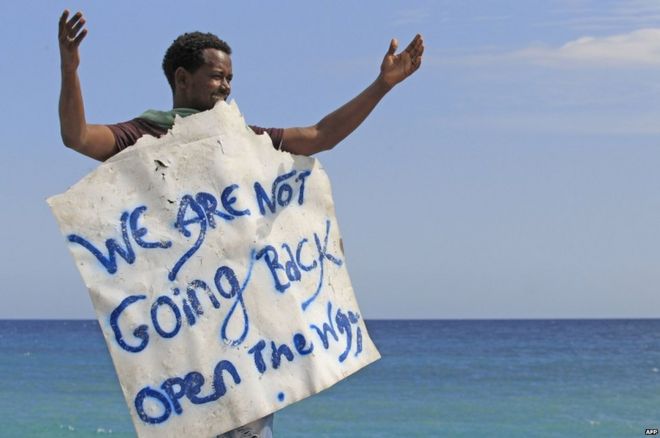 To learn more about what is happening click the links below: