One thing I love about New York City are the different neighborhoods. In Manhattan in particular, which I'm most familiar with, discovering a new hood inside the concrete jungle is always fun. Whether you live in it or are working there, either allows you to get to know its ins and outs as it becomes a part of your life. Besides all the places to go, the actual feeling of each neighborhood differs believe it or not. Chelsea is very different from the West Village, while only being separated by one street for example.

There's Murray Hill, downtownish on the East side. Here you'll find a more rowdier group of frat boys and girls for some reason mixed with families and business professionals. As far as where to go and what to do, there isn't much except for local bars, Brother Jimmy's being the most notable in my opinion. It stands for all that Murray Hill is: unpretentious, laid back, easy and relaxed (if that could really ever be a word used to describe a neighborhood in Manhattan).

My main drag was Chelsea. I could tell you every street, store, smelly spot, strange place to avoid and where the best places to catch up with a friends are; although by now they're all probably gone and replaced with new places, as that is how Manhattan is, with independent businesses constantly coming and going and as of late a good amount being replaced by corporate spots. Chelsea has a great vibe to it, once you get away from the masses on 7th and 8th avenue and head West to 9th, 10th and 11th Aves, you'll find a quieter place with hidden coffee shops, tiny French corners and loads of art galleries and cultural shops. Very funky.

Then there's the Flatiron with a mishmash of tourists, business people, drinkers (there's a ton of drinking bars in this area), too many restaurants - so many that it's plainly obvious when one is about to go under (read: empty when others are packed) - shoppers galore on Broadway and of course the Flatiron itself attracting professional and amateur photographer alike. It's a good meeting point, middle area, everyone can always find it and then go about their merry way uptown or downtown. The vibe isn't so great, too busy, you'll want to hightail it out of there after your must have Shake Shack burger - that is if you dare wait in the always the most ridiculous line on the planet.

Park Ave north of Murray Hill is another neighborhood I lived and breathed a little too much. Super tall buildings, over-priced everything and all business. I guess there is residential living there, not my thing but I did know someone in that hood once. There are good restaurants on Park Avenue if you come down south a bit to hang out in. The road itself is very busy with traffic and taxis galore. Once you come far south enough you'll hit Union Square, where you can relax a bit in the park and enjoy the happenings around there. There's always something going on, street performers, pop up shops, a giant Barnes and Noble, guerrilla marketing activity etc.

Going downtown to TriBeCa, probably the quietest area ever. Not too much going on in this area except for on Greenwich street where you can find loads of restaurants. North Greenwich there in TriBeCa is probably the best Greek restaurant in the city in my opinion called The Greek. It's upscale, amazing food and great atmosphere, rustic, modern and they take into the account the philosophy of the Gods, in the way they prep their food and drink. Probably my favorite restaurant in the city at the moment and as I type this it's making me crave it and I may have to go there this weekend. The vibe is family time mixed with party chasers hiding out waiting for the next one.

The financial district near the government buildings way downtown East of TriBeCa, is all business too. Happy hours rule there, you'll see every bar / restaurant packed from 5 to 9 Wednesday through Friday. Lunch hour is also a hit in this neighborhood as everyone needs to get out of their office building and breathe some "fresh" air. There's a lovely little park smack in front of the Woolworth building with giant fountains overlooking the court house with plenty of benches, food trucks and office workers scarfing down salads and rushing to get back to their cubes.

Head further south to Wall Street and South Street Seaport, these are hoods I'm starting to discover and delve into most recently. Very old New York, one of the first neighborhoods. You'll find places such as the Paris Cafe, which was established in 1873 and still stands. Hang out at the lavish wrap around bar, which Thomas Edison and Teddy Roosevelt made their local stop. You can always check out Dead Rabbit, named the Best Bar in America by Business Insider. It is a great bar too with its brick walls, second floor seating, lavish food and drink menu yet all done somehow in the laid back atmosphere you feel from an Irish pub. Heads up, it's packed every night of the week, so arrive early if you want a table on the second floor, your best bet.

As of late, I've been hanging out quite a bit on Stone Street. During lunch hour, they turn this historic little, winding brick road into lunch heaven for those who live / work in the area. All the back doors of the restaurants that line the street, open up and set up tents and in come the people. It's not a place tourists know about too much so it stays local and you get a good sense of the crowd in the neighborhood. Professionals, families, celebrities, singletons, a good diverse mix. Thursday's are fun on Stone Street around happy hour time. The sun is coming down at that perfect witchy hour and everyone is in great spirits laughing and having fun as Friday and the weekend are next on every one's agenda. Is that not one of the best feelings in the world? 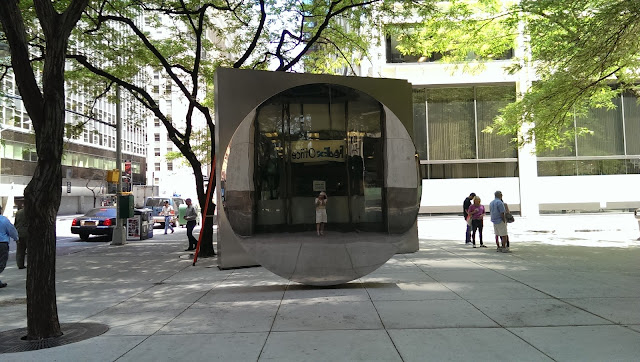