An Adventure In Motion

When I'm traveling by train I feel like a tourist. I enjoy being completely and utterly lost in the moment. It's a natural feeling to become complacent with our surroundings at home, so it's good to shake things up a bit every now and then. Personally I need content and seeing all my comfy things at home just makes me want to sleep. Even though I wasn't going far, the uniqueness of train travel is like no other. It was going to completely transport me out of my element, without even having to go through a security check point.

The modern train station is not as it appears in old movies, which portray a rickety, wooden roof with men in top hats and steam locomotives making their way into the stations. Old fashioned train travel must have been a fabulous experience. It's the year 2015 and train stations are much more modernized now, and lack a certain charm. With their steel motif, white walls and lack luster design of the furniture, topped off with electronic bulletin boards announcing the upcoming trains, they remind me more of a hospital than a portal to other worlds. Ticket agents are all but eliminated, as commuters mainly book their passage online. Smart phones are used to store electronic tickets with individualized bar codes, which the conductors use to scan for passenger eligibility.

For the fun of it, I sparked up a conversation with one of the two agents. She was surprisingly in great spirits, I was expecting the typical rude service I've since become accustomed to living in New York...the station was in Connecticut after all. I asked her when the Acela would arrive and she happily gave me an answer and told me she liked my hat. I returned the compliment by telling her I liked her watch, which I did, I wasn't just trying to be polite. That exchange turned into a friendly morning conversation about the weather, which I love to talk about. I did ask her that I was surprised her line was empty at such an hour. She said it was always empty. As to not disrupt her morning with the obvious assumption that her job was in jeopardy, I said it was great for her as it made her job easier. She smiled, it may have worked.

The Acela is the most luxurious form of train travel on the East Coast. I was lucky to get on, as it was the only train left to take me to Boston at the time of booking, last minute of course. I made my way down the escalator to the platform where I would wait for my ride. Train travel is more relaxed than flying in my opinion, especially in New York, where the airports are notoriously inconvenient. It will take you a little longer to get where you're going, but in a much more tolerant manner. On the Acela, there is the added benefit of wifi the whole way, so you can work, yay (?).

As I leaned over the platform and saw the headlights of the train making its way toward us, it was somewhat of a thrill. As it quietly pulled into the station, I was much more impressed by it than I thought I would be. Long, skinny and with a pointed nose, it opened its doors with a hissing sound inviting me to get on. I had been on the Acela before, I guess I had forgotten how cool it was. All the passengers on board were busy, having turned their private seats into mini offices. I'm pretty sure I saw a businessman with a mouse pad set-up, I looked for a printer, but I didn't see one. As much as I would have rather stared out the window and watched the world go by with some tunes, I too was going to become one of those people, as I had a shitload of work to do.

I prefer to be left alone while on a plane or train, however I had to speak to my seat buddy, as I needed to get into my chair. He asked if I knew which stop was next and somehow I did, he felt relieved with the information. He proceeded to tell me about his job and how he puts on the Fancy Food Show. I had been to it the year before, so he had caught me in his web. He hadn't been on a train since he was a child and normally he preferred to fly. His feathers seemed a little ruffled, as he carefully reviewed his ticket at each stop in somewhat of a panic. I liked the feeling of the train being tousled on the tracks and the chance to catch the view of various landscapes. I decided to go ahead and stare out of the window after all...checking out for ten minutes wasn't going to hurt anybody. 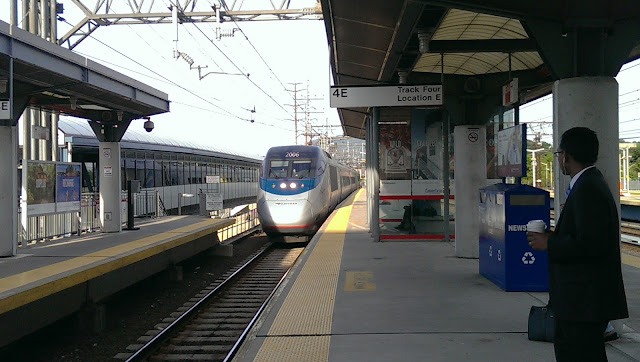 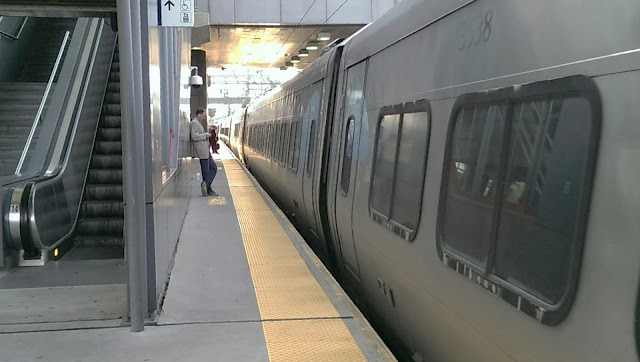 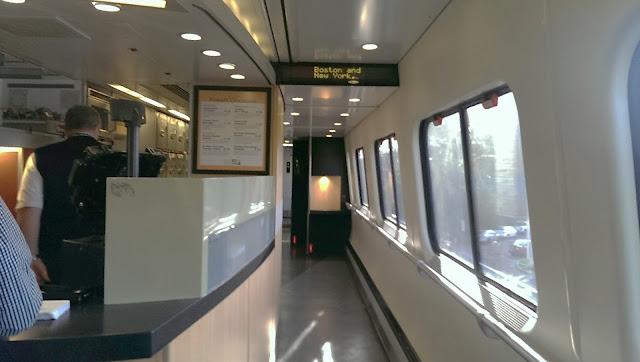 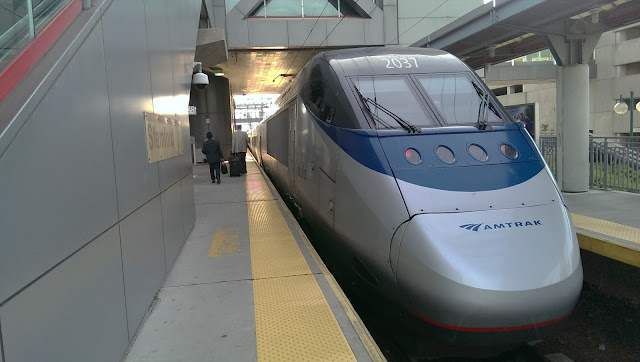 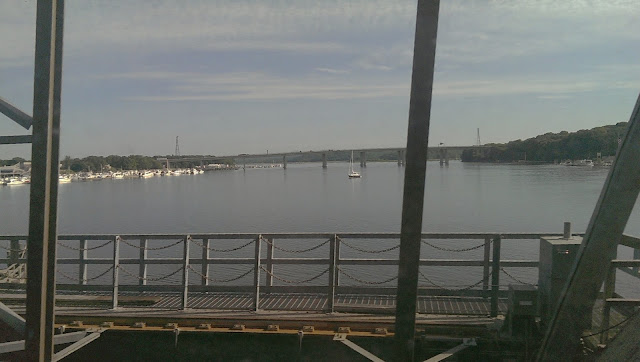 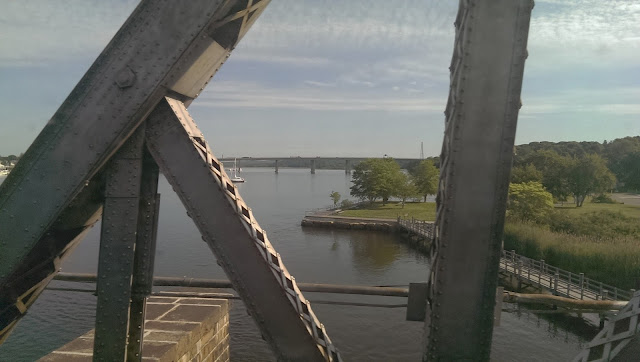 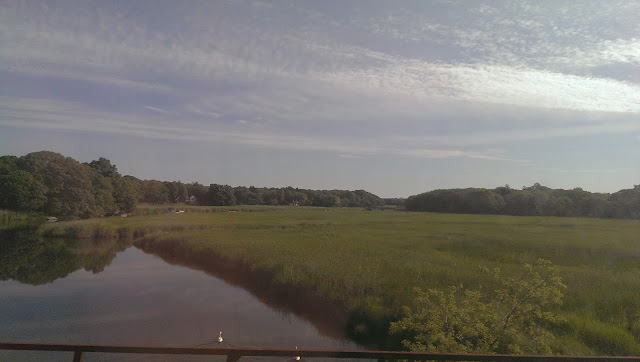 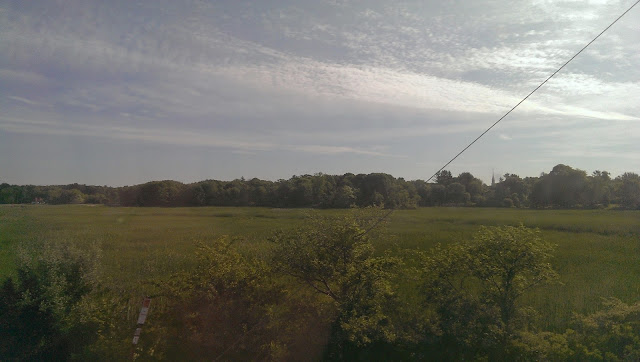 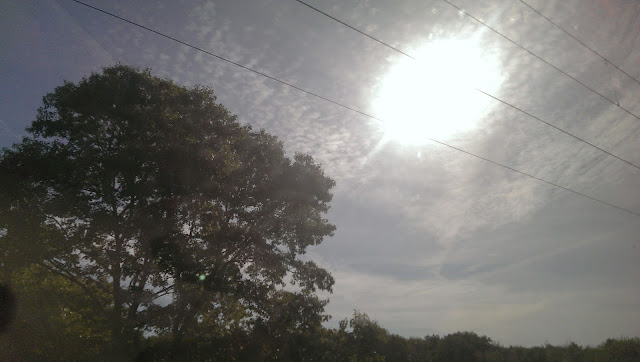