I had never been pregnant before, until that day, many years ago now. This wasn't a case of trying to get pregnant or even wanting to, it was something that just happened. Birth control had always been top of mind during my dating years and when I finally settled down, I was happy to let it go. After ten years of taking the pill, I thought I should probably stop, it was scary to me to take it for that long, who knows what damage I had done to my insides. Then I had a strange conversation with my mom one day, "you should get pregnant and have a baby, what are you waiting for?" It came out of no where and was also bad timing, as I was on the verge of vomiting up the too many vodka sodas I had drank the night before, in a dungeon somewhere in NYC.

My mom has always been psychic to me. She has unknowingly proven it time and time again. I've brought it to her attention and she dismisses it as something that's obvious. She had never in my lifetime said something like that to me before and I had never in my lifetime thought something like that. Two weeks later, something told me I was pregnant, maybe I had inherited her abilities. The little stick proved it right, it was shocking and fun at the same time, I didn't mind being pregnant. The baby daddy didn't believe it of course. I tried to tell him, but he wanted proof from the doctor. Turns out the doctor used the same test I had done at home, it was inevitable, we were having a baby. As I left the doctor's office, I noticed a woman with a big belly waiting.

Many things to change, namely my lifestyle of going to parties and drinking and smoking and whatever else. The baby daddy was no different, we were a team tearing up the city. It was time to finally stop, and I welcomed it. How many more tables could I possibly dance on anyway? I was good. Next up was the hard stop on drinking. I now had a serious reason to, wow, all new to me. Not to mention all of my clients were wines and spirits, so I was literally a professional drinker / party planner and free booze had been in my cards since I could remember. That first month I had the most amazing realization, that it was great and I loved it. I was happy all the time, no nausea on Saturday mornings, super healthy, active (not miserable on the couch) ect. It was like a light bulb was turned on to normalcy.

Time to go to regular doctor appointments each month. The first few months I wasn't showing so that was obvious to the other women in the waiting room, who wobbled in with their huge bellies (there she was again, the same woman, her belly was growing), I just stared in awe, and didn't understand... that would soon be me. I would run home and stare at my belly in the mirror, from all angles. It was still flat and there was no baby bump, I guess it would show someday. I eventually got tired of looking for it and just let time take its course. Fast forward four months and there I am in the waiting room again. I've popped by now and in comes the same woman I've been on parallel doc visits with, and she takes the seat next to me, the only one available.

"So when's your baby due?" I asked. "Next week," she responded in an manner I thought was unusual and lacking enthusiasm. "Oh wow, congratulations!" My eyes and face must have lit up, as I was genuinely excited for her. "Thanks" she said, in a rather concise manner. We shared an awkward few seconds together and then she asked in a regular New York monotone, "Is this your first baby?" I had an in, I was excited, "yeah, is this your first?" "No...my fourth." "Oh okay, that's amazing, your fourth, so you've been down this road before then?" "Yeah." I had no idea what was wrong with this woman, why wasn't she as excited as I was for her? "Do you have a name picked out?" "No...not yet." She didn't seem to understand the sense of urgency here, I mean she had done this before, she should know!

Fast forward many years later, as I sit at this computer this morning and my big boy sleeps up stairs. The first few years with him, everything was a first and he was so delicate and helpless I thought I would drop him, if he cried I was right there to soothe him. These days, when he fake cries, I go, just after a few minutes of finishing up whatever I'm doing. When we're walking outside together, he walks behind me now sometimes, without me worrying that someone may grab him. I'm more of a chill mom now and finally have a chance to think about what that relaxed mom in waiting must have been thinking about our conversation...probably, "that must have been me." 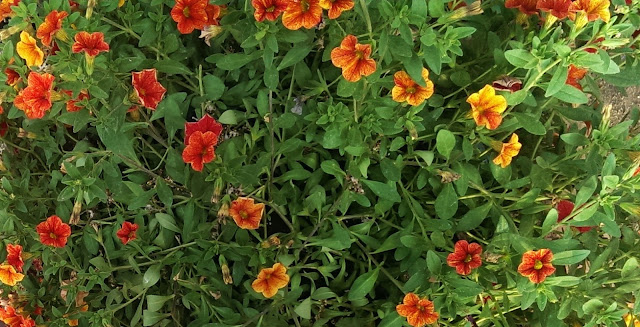