The Roommate Chronicles, Up All Night

Steve was supposed to leave for Europe by now, or so I thought. I'm pretty sure I heard him right when he said he was going to go and "live a life of pleasure with no responsibilities for a while;" he said he did this every couple of years to clear out the cobwebs in his mind. He was an unusual mix of slob and aristocrat. In what looked like he was foaming at the mouth and an abundant amount of dried up mucus caught up in his nose hairs, he told me about his past travels to the Hamptons for various summers in a row and his adventures of staying in the most luxurious of homes. His chatty, non-stop yapping combined with his appearance could really only mean one thing...but so early in the morning? There was no way, I had just woken up and hadn't he?

"What do you have planned today then? I have a bunch of errands to run, I have to go to the bank, pick up some groceries and I'd like to go to the gym. I work at 4 so I'll be back later." "Go right ahead then, do everything you need to do. I'll be right here on the couch. I have some friends coming over later." "Oh yes? Who? Have I met them before?" "How would you have met them? You just moved in not that long ago. Speaking of, I'll need the rent soon." "I just paid you." "Oh yes, that's true. Is it possible to get an advance on the next rent?" "You want me to give you next month's rent now?" "Yes I would like that, is it possible? ...In cash." "I guess so, I'm going to the bank anyway, I could pick it up for you." "That would be great."

It was an odd request for him to ask me for the rent when I had just paid him. It's fine though, I think I have the money so may as well get it over with now. He looked like he'd been up all night. Maybe he went out last night and hadn't gone to sleep yet. It was ten a.m. and he was acting like it was a regular Tuesday morning. I don't know him that well and his personality isn't that much different from when we first met. I know he goes out a lot, but I only agreed to live here because he is supposed to be gone by now and I would have the place to myself, until my apartment is ready. A month would feel like forever if I have to live with Steve the whole time. That wasn't the deal though. I'll have to talk with him again later.

"Here you go then, it's all there." "Oh this is great thanks." "What have you been up to?" "Oh not much, just sitting here on the couch." "All day?" "Yes, I had to manage the maid, make sure she cleaned the sink really well, she comes every other day in case I didn't tell you. I can't stand a dirty bathroom, it's something that must be cleaned all the time. Please try to keep it tidy." "I like a clean bathroom too, so I'm happy to hear this. How much do you pay her." "Don't worry about that, it's included in your rent, so you're paying part of her services too." "Ok." I was caught off guard with this new information. He has a maid clean the bathroom every other day, yet it doesn't look like he bathes himself on a daily or bothers to brush his teeth in the world's cleanest sink.

"I'm leaving for work soon. I bought some fruit if you would like some, it's there on the counter." "No, I have no appetite right now, thanks though." I retreat to my room, as I'm picking out my outfit for work, I hear the doorbell ring and a lot of conversation being had in the kitchen. Those must be the friends he told me were coming over. I decide to go in and introduce myself, maybe there is someone interesting here. "Hi." "This is my new roommate. She's staying with me for a month." Staying with me? I thought he was going to Europe and I would have this place to myself. "Hello it's nice to meet you all." They were a nice enough group. I don't have much time now though to get to know them better, I have to leave. "Bye, nice meeting you all, I'll be home after work around 2 or 3." "Bye."

I enjoyed going to my work, everyone there was friendly and from all over the world. My newest friend is from Paris and has invited me to visit her when she goes back. I don't mind making drinks for people, it's easy and can be fun. It's better than waiting tables. I don't have to deal with food. My shift finally ends and I get to go home and go to sleep. Three flights of stairs is a lot to climb up every time I get home, it's fine, it's good exercise. "Oh hey guys, you're all still here?!" "Yes, we are, welcome home." "Thanks." "Would you like a beer?" "I'm really tired, but ok I'll have one with you." May as well see what's going on here. "What's your name again?" "Sam." "Oh, right ok, it's nice to meet you again." "You too."

Steve is wearing the same clothes from this morning and has obviously not done much of anything today. I can't believe they've been sitting here since I left this afternoon. I'm surprised they didn't go out somewhere, we live in New York City after all. "So you guys decided not to go out?" "Yeah, we just never went anywhere, we stayed here talking and time just flew by." "Oh, ok that's cool. Well, I'm going to go to bed, I'm exhausted." "Would you like another beer?" "No thanks, I'm beat. "Ok good night then." "Good night." I'm still getting to know Steve and I would rather not get to know him that well anyway, as he's not even supposed to be here right now. Oh yes, this pillow feels great, good night world.

Beep, beep, beep, beep, beep, beep, beep. What on earth is that? The smoke alarm! Oh my god I'm choking, I can't breathe. What is all this smoke in my room? There must be a fire! I have to open the windows. Oh thank goodness, some fresh air. I can't stop coughing. I'd better check on Steve and see if he's ok. 4:33a.m.? I've only been asleep a few hours. "What's going on!?" "Oh hi, join us for a beer?" "What? My room is full of smoke, the entire apartment is full of smoke! What are you doing? ....Oh, I see what you're doing." I can't believe it...I knew it. My suspicions were correct, he's been hiding it from me. Now it all makes sense, this morning, the chatty talk, the sweaty hair. He was up all night Monday and all day today and is at again tonight, a bender!

"I could have died from the smoke Steve!" "Oh I'm sorry about that, we'll keep it light." "No, you all can't chain smoke at the same time with the windows closed! What is going on with you? I thought you were going to Europe for a month? Why are you still here? I see why you wanted the rent today in cash." "Oh yes about my trip, I think I may have to post-pone it. I'm having some trouble with my funding, I'm speaking with my father about it tomorrow." "Your father? What does he have to do with it?" His father? He's in his forties, that's ridiculous. "Yes, I'll know more tomorrow, I still want to go, but it may be a delay." "This isn't what we talked about." "I know, we'll talk in the morning." "It is the morning." "Ok, go back to sleep we'll talk in the real morning." 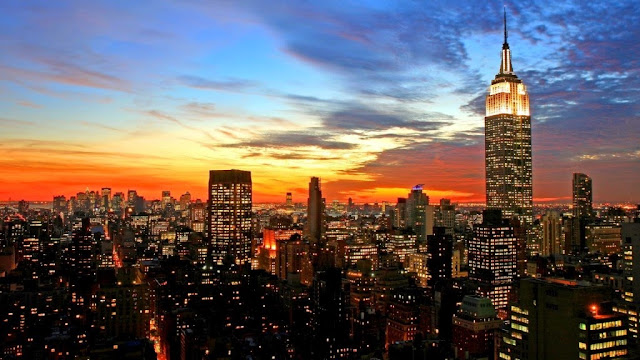