The Real Housewives of New York Are Back, S7

Now the ladies of Bravo are on my turf. The show is just getting started and so far the most interesting thing are the street shots of New York in between the scenes. The New York Housewives, coincidentally enough, has been my least favorite. Maybe this year with Bethenny's return, it'll move up in rank. Who doesn't love Bethenny? She speaks her mind and has what I consider to be one of the most important qualities in a human being: common sense. Some don't have this guys! She's going through a lot right now and she's doing it on national television to boot. Strong woman and she's super cute too - yes, probably a girl crush here.

Ramona is being pitched to us as the second star of the show. She too is going through a divorce and one she refused to talk about before, she's since changed her tune. The divorce seems to be calming her down a bit. It hasn't totally killed her spirit though, as her fun-loving crazy side still shines through. I'm sure we'll see more of that in the episodes to come. Her birthday party was on the latest episode and that was a lot of women she gathered! I think she said she had thirty-five girlfriends, how on earth does one maintain relationships with thirty-five women? She must have a lot of free time on her hands, because that takes some serious effort.

The Countess is back and she's my second favorite. Her daughter is "all grown-up" as Bethenny said and displayed her work at Art Basel in Miami, a nude painting of herself. The Countess too is all by herself this season with her and her recent boyfriend breaking up. It looks like a lot of the women are divorced or going through one or contemplating one. She doesn't like Carole dating her niece's ex-boyfriend, she's trying to be open-minded and even told Carole she's happy for her. The Countess doesn't own the guy though and he can date who he wants, it's not up to her. She did eventually come to terms with that. It is a bit awkward.

Sonja is an interesting character. Bethenny hit the nail on the head when she had that talk with her. Sonja is completely oblivious. In the same regard, maybe it's not such a bad thing. She does talk an insane amount of nonsense. "I've been in PR my whole life." I know PR professionals, and Sonja wouldn't know the first thing about how to successfully write or send out a press release to ensure it properly hits the wire. She also would have no idea how to manage journalists and magazine editors. Just because you support your friends, doesn't mean you're in Public Relations, a professional field of work in which people are paid a lot of money to do. She does start up a lot of random businesses, one of them should eventually work out for her then.

Who else is there? Oh yes Carole the writer, who said she's not the type of writer who writes every morning at the crack of dawn or one who can crank out a book in six months or even a year, or two. Sounds a bit like a void of passion, to me. She likes them young. To each their own. I personally swing the other way, towards older. Not too much older though, my age or just a little older works perfectly for me. That's just my personal preference, her young guy seems to make her happy so more power to her. Lastly is the model who insists on telling us how pretty she is in her tag line, for the second year in a row. Last season: "I may not be the sharpest tool in the shed, but I'm pretty!" This season: "Pretty is smarter than you think!" Which one is it? 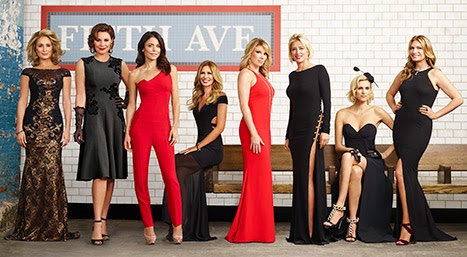 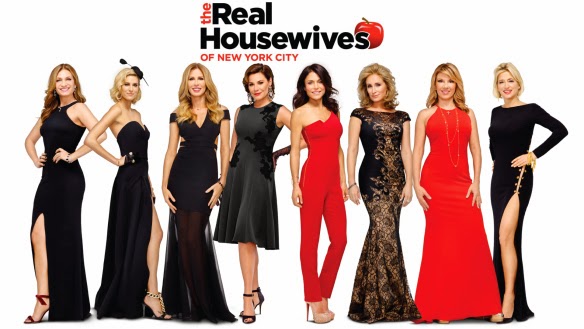