Season 5 of The Real Housewives of Beverly Hills has ended. It's kind of ridiculous how it's called the "real housewives" when several of the women on the show are not at all. I know what a housewife is, my mama is one and has been one her whole life. Housewives are not employed by anyone, nor are they self-employed, they generally take care of the house and the children and the husband is the financial provider. Almost all of the women on these shows work full-time and many are not even married. Makes zero sense, Bravo.

Besides the complete fabrication that is the name of the show, let's move on to the women themselves. To what Brandi has orchestrated, I'm going to start with her, as she caused the most drama. I try and live by the old adage: "if you have nothing nice to say, don't say anything at all;" however, this is the #RHOBH and the women are on the show for the sole purpose to be talked about - strange, I would never do one of these shows, even if they offered me a million dollars - not that I've ever been asked. I would have no interest in being set up for drama after drama and argument after argument, that is all these shows are after all, the women look miserable. If it was a show about gardening or eating or art or something that is enjoyable, sure, but not a show about fighting with other women.

Brandi is not a good person. Kim is being easily manipulated by her, she's under some sort of spell. Brandi knew Kim was the weakest link and went after her to control and have at least one ally, and it worked. Then, she just became mean: throwing wine in Eileen's face, that was down right mental; slapping Lisa across the face for no reason, inappropriate; talking poorly about Kyle to Kim, that was manipulative and Kim fell right into the trap; hooking up with 22 year olds, wow, not my thing at all, but to each their own. All the women are on to her, she's not fooling anyone, including us, the audience. I hope they kick her off next season, I'm bored of her obvious dysfunctional cry for attention.

Kyle is my favorite. I come from a group of sisters and Kyle is all about sisters, from her daughters to her own sisters. Kyle seems sincere. Kim abuses alcohol and drugs and she denied it the whole time on the show, unfortunately she can't deny it anymore, as it all came to a head when she was arrested last week for boozy public behavior. To make matters worse, Kim's Ex blames the arrest on Kyle. I wish Kim only the best with her battle with alcohol and drugs, sending out good vibes to her that she beats it and gets her life back to normal. Kyle seemed to only care for Kim the whole time and Kim seemed to push her away as much as she could. We don't know the whole story though, maybe when the cameras are off Kyle doesn't care about Kim, the way Kim acts towards her, I don't know if I could blame her for it.

Lisa V. kept a low profile this season and didn't stir up too much drama. It was nice to see her repair her relationship with Kyle, I never thought that would happen, they were screaming at each other on the last reunion...they're more like sisters now. She looks great and seems very happy with her life, so Bravo to her. Yolanda's disease seems to be getting worse, she couldn't even finish out the reunion, I feel bad for her, I wonder if that will be the end of her on the show? The two new housewives, Lisa R. and Eileen came in so innocently and had no idea what they were in for. I doubt Eileen will choose to come back, she didn't seem to like it from the beginning. Lisa R. wasn't going to put up with any one's trash talk though. Throwing the wine glass down at the table like that was dangerous, just because Kim mentioned her husband? That was really overkill.

The reunion was just more bickering and arguing and ending with Kim crying. Kind of sad. It is very strange to see grown women acting this way. Sometimes I can't believe what I'm seeing. Family drama can be very emotional and I have to commend Kim and Kyle for showing the world how family members sometimes don't always get along. Sisters are not afraid of telling each other exactly what we think, to the point that it can be too much, as witnessed on this show. I have three sisters and we do sometimes still fight, as ridiculous as it sounds for me to type that. I haven't had a heated argument with any of my sisters in a while, probably because I've been making an effort not to. The last "fight" I had with one of my sisters was over last Thanksgiving break, about cleaning up the dishes after!! It sounds so dumb now. 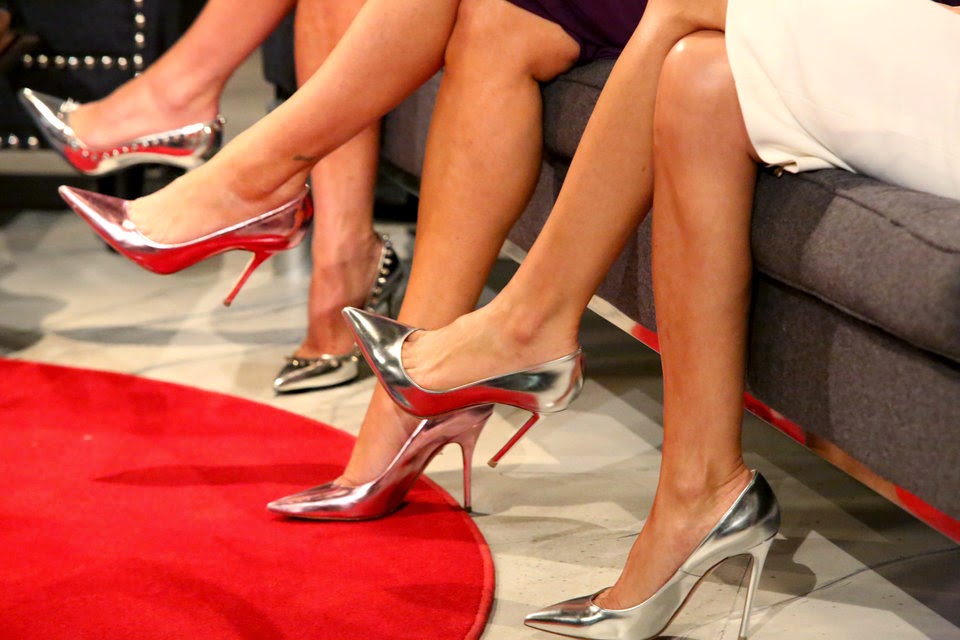