As predicted (by everyone), there is drama on the set of the RHOBH. As Brandi put it, "If it weren't for me, these women would have nothing to talk about." I'm going to have to agree. Without Brandi pushing every one's buttons, it would be tea parties, fancy dinners, restaurant openings, fashion shows, shopping and lunches all day long. Those things sound fun on their own, drama tends to destroy, destroy, destroy. Maybe the women who aren't interested in being "challenged" a bit, should consider staying off (yeah right).

I"m not on Brandi's side by any means. I happen to like all of the aforementioned activities drama-free thank you. However, this is the RHOBH and it would be so boring to watch of a bunch of women lunch and tea without some gossip. Everything they're talking about right now happens to be about Brandi, as an outcome this blog post will probably mention her quite a bit as well.

Brandi is tall, pretty and has a great body. Those things we can check right off, because they're undeniable. She was a model for a living and supported herself that way after all. Interject with some crazy. I can't tell if she's being strategic or if she's just off her rocker. Probably a mix of both is my guess. An overabundance of alcohol never helps either. She probably shouldn't drink. She could obtain the same results she's looking for (drama queen), without making a fool of herself on top of it.

This leads me to Kim, even though she claims it was a pill she took before that uncomfortable car ride with Lisa R, I can't imagine one pill could make her act that way. I'm guessing she mixed it with alcohol, which is a no no. She went on to the poker game and definitely showed that she had fallen off the wagon. It happens and unfortunately for Kim, it happened on national television. The good thing about Kim is that she realizes her mistakes and tries to fix them.

Kyle is in a difficult situation, as Kim is her sister. At the poker game, Kyle said she was "embarrassed" a few times by Kim. While they're sisters, they're not the same person. Kyle feeling embarrassed by Kim, was her thinking she failed at fixing or changing her. It's not Kyle's fault Kim went off the wagon, it's Kim's fault and only Kim can fix it. All Kyle can do is support her sister and I think she does a pretty good job of that overall. When Kim's off her rocker, there's no point telling her she is, she's not going to hear it.

Brandi I have to say seemed as though she was trying to support Kim, because she is all too well aware of what it's like to be the token drunk at the party. Kyle tried to grab Kim and Brandi intervened. Probably better anyway, because all Kim was going to do was "talk" to Kim about the mess she was. At the state Kim was in, talking was the last thing she needed. She needed to be brought home and put to bed. Brandi not having the emotional tie to Kim that Kyle does, was probably exactly who she needed at that moment.

Lisa V is backing away from Brandi's friendship now. After the way Brandi back stabbed her, I would too. What is going on with her son? He didn't register his car because he just "didn't think about it." I can't be bothered to renew my plates either; however I do it because if I don't I'll get a ticket. He dropped out of music school. MUSIC SCHOOL. If he can't find an interest in finishing that, I can't imagine he's going to enjoy serving people in a restaurant. He seems very lazy, a fact Ken clearly seems not able to deal with, as he walked right out of the room when he heard the kid blew off his plate registration.

Yolanda looks amazing and her love for her daughters is so sweet. I love seeing mamas fully support their daughters in the good times and the bad. Yolanda's daughter Gigi, is a huge model now, just what Yolanda wanted. Yolanda used to be a big model herself, so Gigi is following in her footsteps. Yolanda's other daughter Bella, had a bit of drama when she was arrested for a DUI, it looks like they're moving past it. Yolanda is so sweet how she completely set up her daughter's new apartments. She clearly has a passion for design. I don't know if I would like someone completely designing my house for me though, no matter how good their taste is.

Eileen doesn't seem too interested in the ladies. I'm surprised she invited them all over for the poker game, a decision she probably regrets. She is focused on her career and running her household and what a huge house it is, oh my goodness! It is gorgeous though. It was very odd behavior when Brandi threw wine in her face. Brandi probably expected Eileen to get so angry that she would react as the character she plays on the soap, but she didn't. The way Eileen handled it was impressive, almost makes me want to tape one of her soap opera shows (almost).

In the previews we saw Kyle saying Kim is back in the hospital. Kudos to Kim for going back to get herself taken care of. Hopefully this will be her last visit. Kyle and Brandi were in a good place before, but it looks like they're back to some drama now. With Lisa V, Eileen and Lisa R on Kyle's side, it looks like they'll be up against team Brandi / Kim. Those aren't the only woman against Brandi though, Joanna Krupa, from the now canceled Miami Housewives, also has some beef with her. It looks like Brandi said some pretty ugly things about her recently and now Joanna is suing her. Now there's some real drama the cameras are missing. 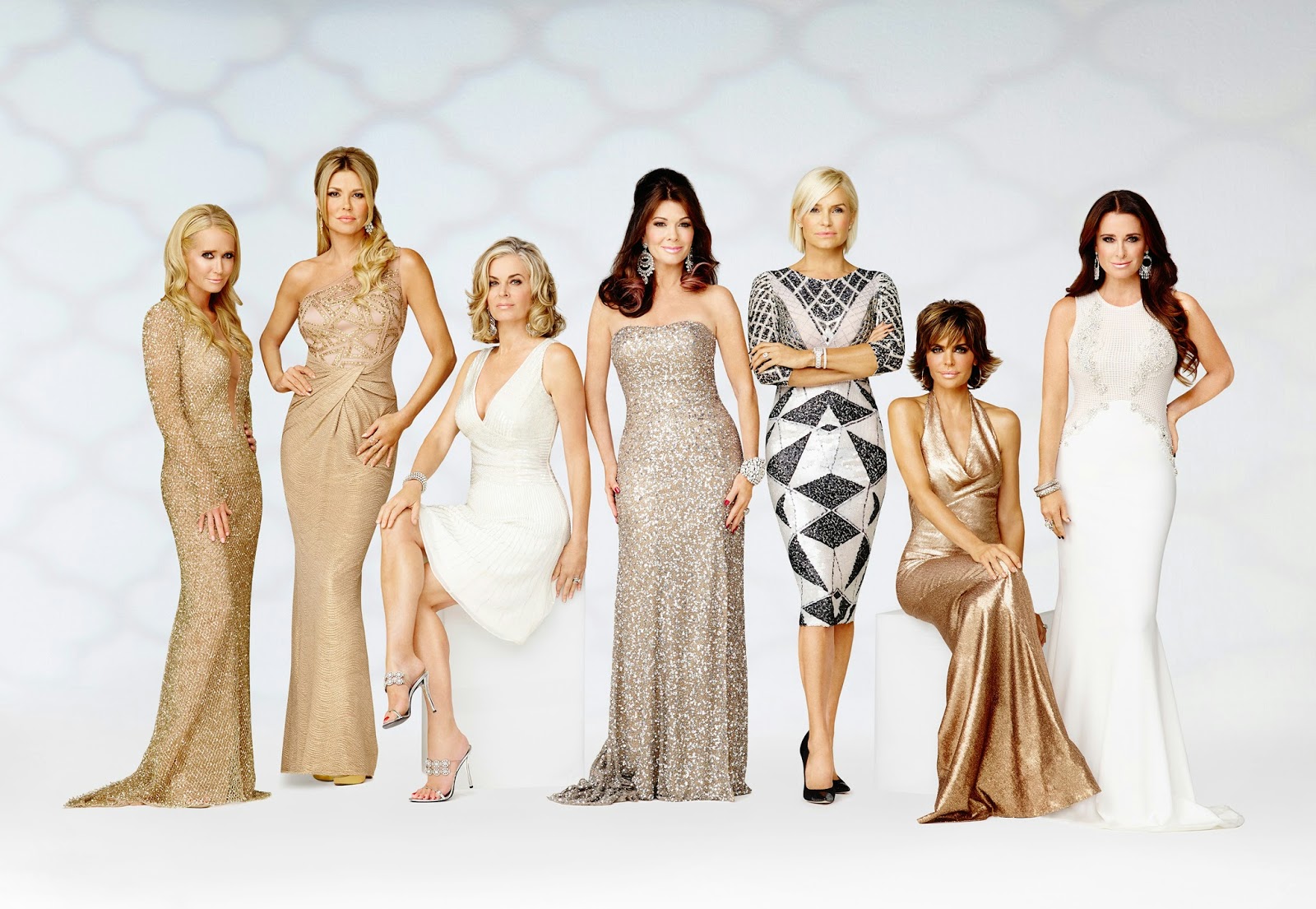 If you watch the show, what do you think about Brandi intervening between the sisters at the poker party?