The Moon Is Calling

A full moon is such a powerful image to look at in the sky. Many have tried to photograph it without doing it any justice. The captivating glow we see lighting up the night sky, is one many a photographer have tried to unsuccessfully capture. I have tried many times myself, only to be left with what looks like a spec of light. I imagine a professional camera |and photographer| would be able to capture the beauty we see from our bountiful planet. NASA is able to capture incredible images from space of course.

I am fascinated by the moon, sun and earth - well, the whole universe for that matter (who isn't right?). When I look up into the night sky and see the full moon so powerfully lit up by our nearest star, it's hard not to think that at that moment, all three are in perfect alignment. While it is all very alluring, I'm pretty sure I wouldn't want to go into space right now, until they've made it safe for us regular people to travel (Interstellar anyone?). 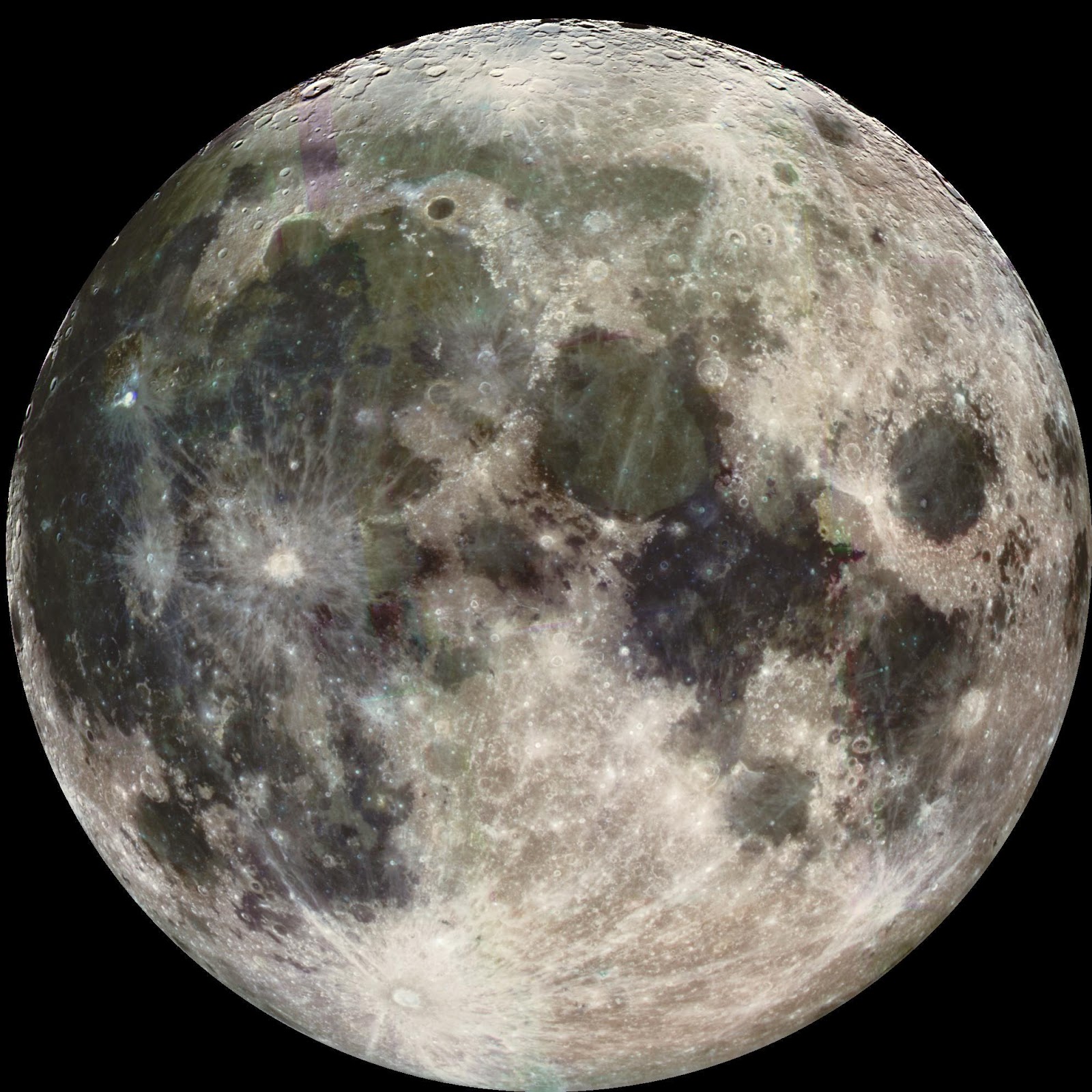 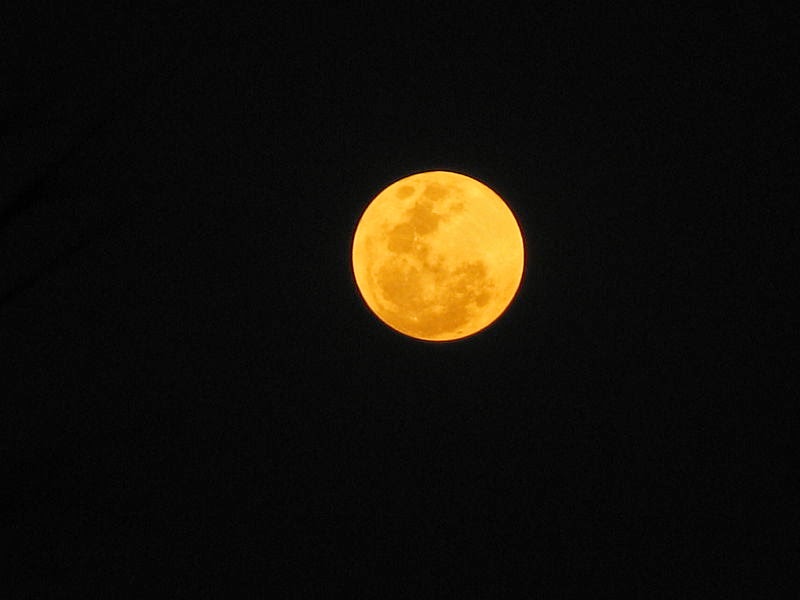 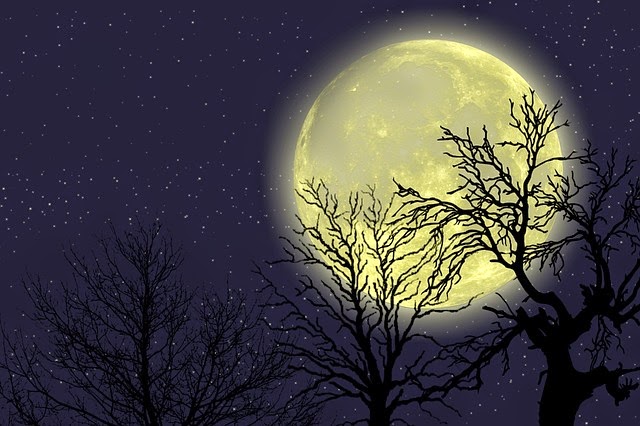 Everyone is familiar with what a full moon is, have you ever wondered what a "New Moon" or a "Waxing Crescent Moon" is? As the moon orbits around the earth, the sun's light reflects off creating various phases of the moon to our naked eye. The part of the moon we cannot see, is not illuminated by the sun at that time. There are names for these different phases at any given moment.

Today we have a Waning Crescent moon and at this exact minute (to me anyway) looks like this: 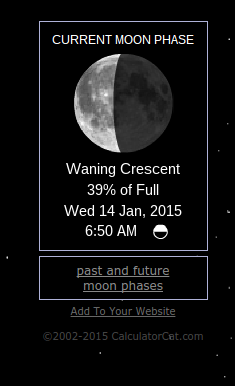 The sun is just starting to make its appearance where I'm at and our Waning Crescent moon is brighter in the sky than the rising light of the sun, creating a perfect picture moment.

The chart below is good at explaining the phases of the moon in an easy to understand format... 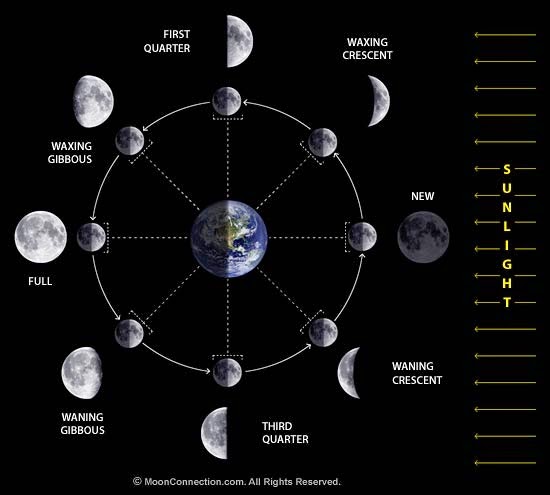 If you're standing at the North Pole, the moon orbits the earth in counterclockwise motion. The moon rotates on its own axis, however at the same speed of its orbit, meaning slow. The four main moons: Full, Third Quarter, New and First Quarter are the ones to observe first. The New Moon is completely dark, so if you've ever looked up and haven't seen the moon, it was most likely in the "New" phase. Waning means shrinking and waxing means expanding. Gibbous means more than half full and crescent means less than half full.

The gravitational forces of the moon, are strong enough to control the tides on the earth. Humans are made up of 65% water, it seems logical (to me at least) that the moon would have some sort of effect on us. I know I find it a little hard to fall asleep when there's a full moon outside. Science backs this up now. In a recent sleep study, by scientists at the Laboratory of Molecular Biology in Cambridge, "participants experienced a 30% decrease in deep sleep, a 20 minute reduction in total sleep and it took five minutes longer to fall asleep, even though they didn't know it was a full moon. This implies that lunar rhythms do exist in humans."

So if you've ever had the desire to howl at the moon, now you know why. The moon does call upon us after all, just as it does to the sea, the question is, how do we answer?