President Obama Kills It At SOTU

Excellent speech last night as always President Obama. My favorite moment was when he said, "I have no more campaigns to run," at this point he was stopped by some rude Republicans who clapped and he took a breath and followed up with, "I know because I've won both of them." He gave a little smile after and must have been thinking, "That couldn't have lined up any better," as his speech was well thought out in advance.

Other great moments were when he said he would propose a plan for free community college (free access to higher education for those who can't afford it, amazing), equal pay (imagine if it were illegal to pay a woman less than a man for the same job?... it happens still), climate change (are there really still people out there who don't believe in global warming?), tax reform (it seems obvious the rich should be taxed more) and continued healthcare (10 million more Americans have health insurance now, this is a good thing).

Those are some interesting things to watch for in the next two years from this Presidency. What about the last six years? What has he done? Here are the top ten actions from President Obama to date, as reported by the Washington Monthly: 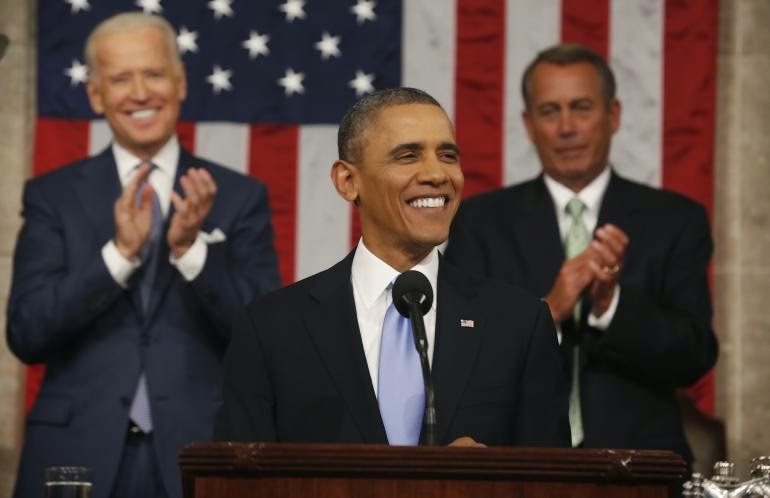 Click the link above to read about each action and learn about another 40. He's been busy!