17 year old Leelah's parents didn't support her coming out as a transgender, but say they loved her unconditionally. Some Christians are not accepting of transgender or gay, because they are taught in their church that it's wrong. Maybe if they had more time, they could process the information better. They will never get that extra time now.

In the early hours of December 28th, the Ohio teen walked into oncoming traffic and was struck by a tractor-trailer. Before she did it, she posted a note on her Tumblr page, that now reads as a message from the grave...


"Please don't be sad, it's for the better. The life I would've lived isn't worth living in ...
because I'm transgender. I could go into detail explaining why I feel this way, but this note is probably going to be lengthy enough as it is. To put it simply, I feel like a girl trapped in a boy's body, and I've felt that way ever since I was 4. I never knew there was a word for that feeling, nor was it possible for a boy to become a girl, so I never told anyone and I just continued to do traditionally 'boyish' things to try to fit in.

After 10 years of confusion I finally understood who I was. I immediately told my mom,
and she reacted extremely negatively, telling me that it was a phase, that I would never truly be a girl, that God doesn't make mistakes, that I am wrong. If you are reading this, please don't tell this to your kids. Even if you are Christian or are against transgender people don't ever say that to someone, especially your kid. That won't do anything but make them hate them self. That's exactly what it did to me.

My mom started taking me to a therapist, but would only take me to christian therapists, (who were all very biased) so I never actually got the therapy I needed to cure me of my depression. I only got more christians telling me that I was selfish and wrong and that I should look to God for help.

The only way I will rest in peace is if one day transgender people aren't treated the way I was, they're treated like humans, with valid feelings and human rights. Gender needs to be taught about in schools, the earlier the better. My death needs to mean something. My death needs to be counted in the number of transgender people who commit suicide this year. ... Fix society. Please." 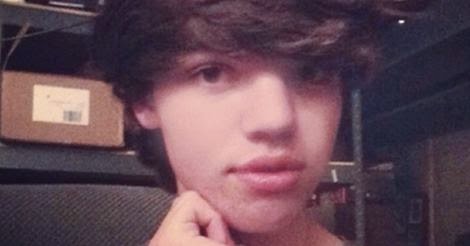