Having sex is an intimate act, for most. If a woman is allowing the situation to go there, she likes the guy - no doubt. She is hoping it could lead to more, she is definitely not thinking, "This guy and I could be great friends." Maybe the man thinks, "This girl is great for a roll in the hay and I hope she doesn't want more right now." Man and woman are not on the same page here. Maybe at that particular moment woman is, the next day could be another story.

Morning comes around, man is off to start his day happy and satisfied with the activities from the night before. Let's leave this equation to a single man and a single woman, anything else is way too complicated and I don't have room here to write a book. So we have single man and single woman. They've had sex last night and they are at the next day. Let's name them, Sam is the man and Michelle is the woman, there's no reason for those names in particular, they're just common every day ones.

Sam is off to work out, play music with his band or whatever else a single man might do. He is happy and feeling good, as he had a great time last night with Michelle. He is hoping he can call her again sometime for another round. He will have a great day. Michelle is up and starts thinking about Sam. She too thinks they had a great time and would like to do it again too. She would also consider dating him, but she's not sure just yet, she knows they're just having fun...for now. She'll begin her day and maybe go to yoga, get a manicure and whatever else a single woman might do.

Fast forward to the next Friday night... Sam is heading out with his friends for a night on the town. He is meeting a lot of women and for some reason is thinking of Michelle. She's been quiet all week and hasn't called, he thinks she could be a good candidate for a "friends with benefits" type of gig and thinks about texting her later. Michelle is out with her friends too. She has told them all about Sam and their night together. She said she doesn't think it's going to go anywhere as he hasn't bothered to call all week. She is ready to write him off. As the night starts to wind down, Sam sends a text, "Hey, where are you?"

Michelle is a little annoyed to receive a text late at night and with such empty content. She replies, "Heading home." He replies, "Meet for some food at Village Inn?" Michelle doesn't mind this text too much, as she does like well-made, fluffy pancakes dripped in warm syrup. "Ok that sounds like a good idea." Spider caught a fly. Sam really does want the food too, but doesn't mind her company as well. They have a good time eating and cracking jokes. At the end Sam says, "Come over for a bit." Michelle is reluctant, but decides to go as she's had fun so far and she does like him. Another roll in the hay.

The next morning Michelle heads home and tells Sam to call her. She is fine if he doesn't call that day, they've already seen each other and she would rather stay home anyway. She does expect a call in the next few days however. Fast forward to the next Friday and a text from Sam at 12am. "Hey, what's up." Michelle is starting to realize she's moved into booty call territory. She considers using him back as well, but she actually likes him, so this is a problem. On top of being attractive, he happens to be intelligent and interesting. If he was just good looking, she could maybe consider just being "friends with benefits."

She decides to ignore the text. She knows if she writes back, they'll have another night of "love making" and the next day she'll be left empty handed. She decides there's no point seeing him again, if it's not going to go anywhere. If he wants to see her, it will have to be in a date type of format. If he doesn't make that happen, it's not meant to be. Sam is surprised to be ignored, that rarely happens to him. He goes to bed wondering why she ignored him. The next day Sam texts, "Hey, you ignored my text last night." Michelle laughs at this comment. She knows she likes him, but isn't going to get caught up in a casual sexual relationship, as she's interested in more. She ignores this text too.

Sam realizes he really is being ignored. He figures she's not interested in just having sex. He likes her too and wants to see her again, but now he's annoyed she ignored him. He goes on about his day and his week and thinks about Michelle every now and then. Michelle too goes on about her life and thinks about Sam a little. She's made a conscious decision to end it and has put him out of her head. If they happen to bump into each other she wouldn't mind, as it would be nice to see him again...outside of the bedroom. Sam too wouldn't mind bumping into her, as they did have good times. Sam sends a couple more late-night, ignored texts. Weeks go by and time slowly fades the feelings away and the friendship eventually ends... 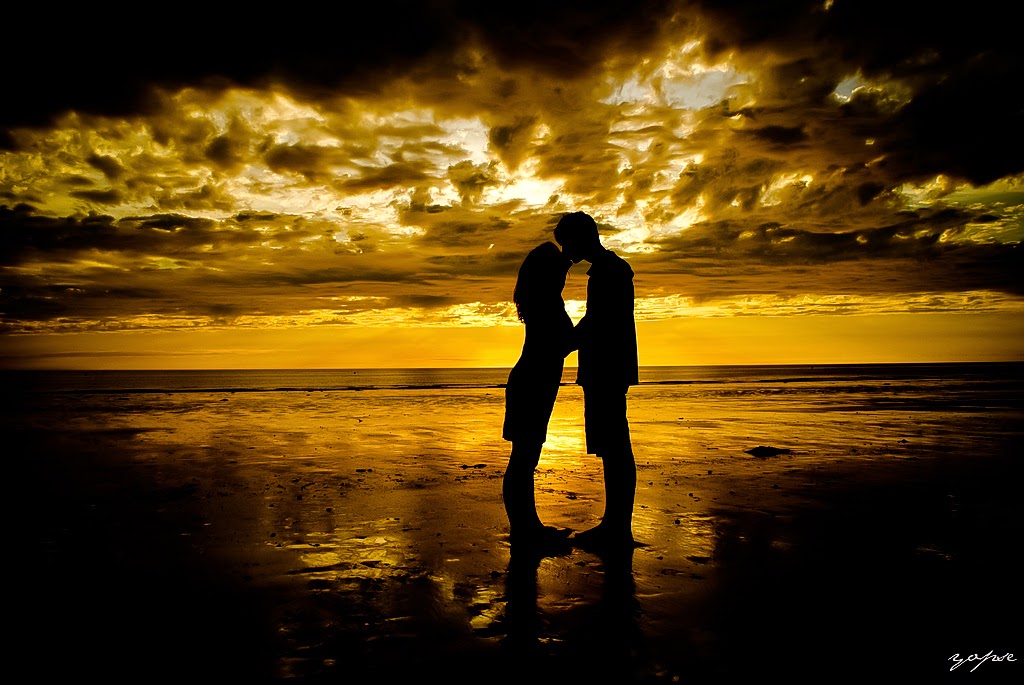