Thirteen years ago today, at this time, Al Queda was setting up for evil. My sympathies go out to the family and friends of the victims of 9/11, I'm sure this must be an incredibly difficult day for them to re-live each year. Almost 3,000 people died, including the passengers on the four planes. I can't imagine the horror they went through that morning.

We all remember exactly where we were and what we were doing when we heard the news. I was living on 23rd & 7th avenue and working on 21st between 6th & 7th avenue. My morning walk to work took me to 6th avenue, where I would stop every morning for coffee and gaze at the World Trade Center. It was a great way to start each day - except for on the morning of September 11, 2001.

Getting ready for work consisted of watching NY1 for my morning dose of news. As the report of the first plane hitting the first tower came on, they thought it was a helicopter that lost control, they didn't know. I was thinking I would soon see, as I was going to walk right by it. Walking over to 6th avenue took about five minutes. As soon as I walked onto 7th avenue the energy was already chaotic, all the store vendors were on the street and people looking confused (me included), still going about regular morning though. I couldn't get to 6th avenue fast enough.

There it was, burning. The smell from the fumes was profound, all the way at 23rd street, I was thinking how horrible it must be down at World Trade. When I saw the building I knew it was a plane, I could see the outline of the wings in the tower. Before I could think straight the second plane hit. The sound was so loud and echoed throughout the street. All I and everyone else could do was stare in shock. Once I re-gained reality, I ran to the office. The news was on in the office too and everyone was shaken up. I called my family to let them know I was ok, the connection was really bad, I was lucky to get through.

Watching the first tower crumble on the news sent everyone into a panic and my heart sunk. I grabbed my purse and left the office to go back to 6th avenue. By the time I arrived back to 6th ave, the streets were covered in a light dust and the smell of fumes was stronger. The shock of seeing the missing tower is indescribable. As I watched the second tower burn, it started to crumble. It happened very slowly, or so it seemed. Instantly, myself and everyone around me started crying. People were screaming, running around and not knowing what to do. I was scared out of my mind.

I ran back to my apartment and locked myself in. I was pretty much alone, my best friend had just moved to London and I didn't have a boyfriend at the time. My mother was telling me to come home; unfortunately, that was not an option, as all air travel was suspended. The sadness was overwhelming, I couldn't stop thinking about the people who died. After going stir crazy in my small studio and the shock wearing off a little, I went back outside and interacted with people. I have never seen New Yorkers as nice as they were on that day, people offered me food, drinks and conversation, it was nice to connect.

I decided to head down to the World Trade Center to see if I could help. I wasn't the only one with this idea, when I arrived to the Henry Hudson, there were hundreds on the same mission. We were intercepted by army tanks and military personnel who funnelled us to the side of the road. We all stopped and watched the emergency vehicles, police cars and tanks parade past us for what seemed an eternity. Jet fighters and helicopters flew above us as the city tried to gain control. We walked as far as we could, were weren't allowed to go past 14th street. We stayed all day and supported the responders as best we could, by cheering them on.

The hash tags for 9/11 the last thirteen years have been #willneverforget. I'd like to add one to the mix: #canneverforget. At 8:46 and 9:03 this morning, I will close my eyes and remember those who died that horrible morning. 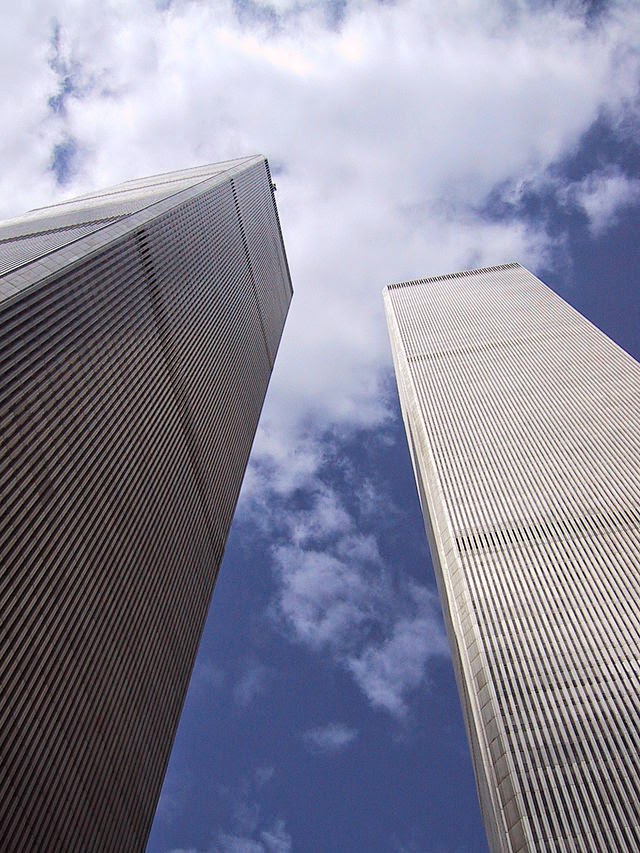 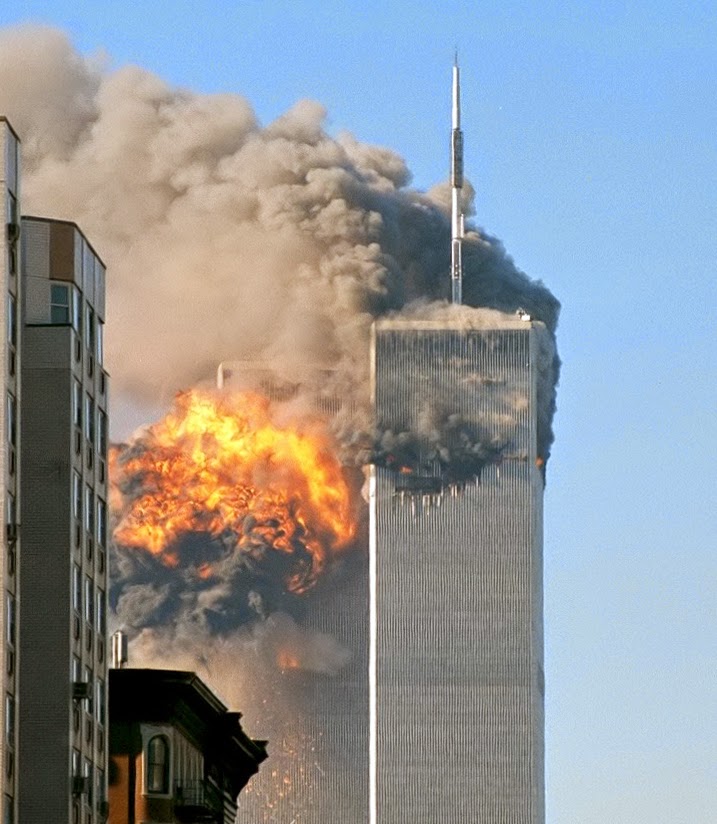 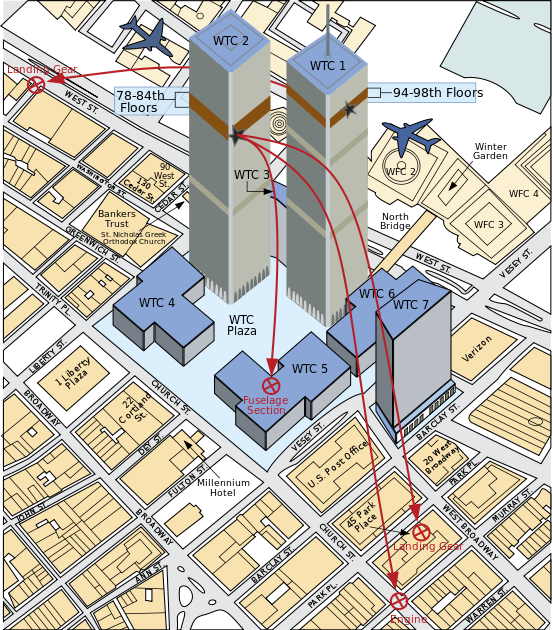 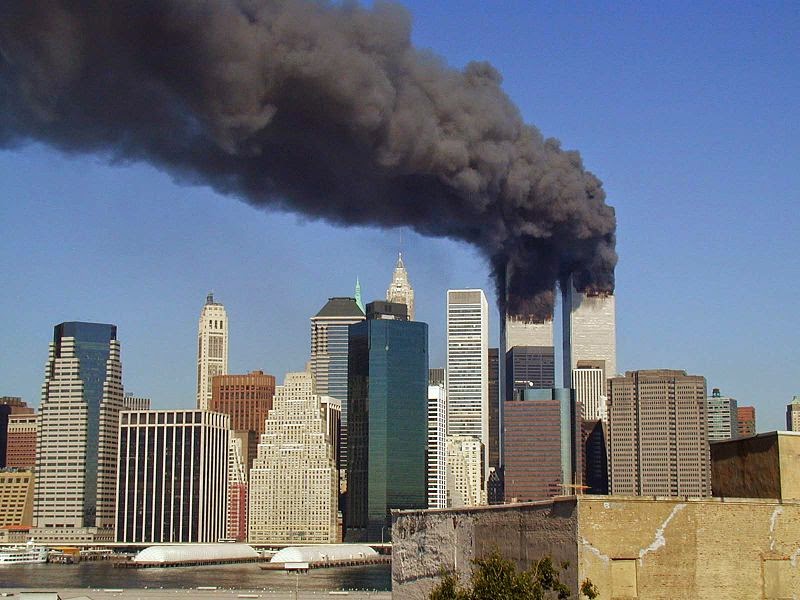 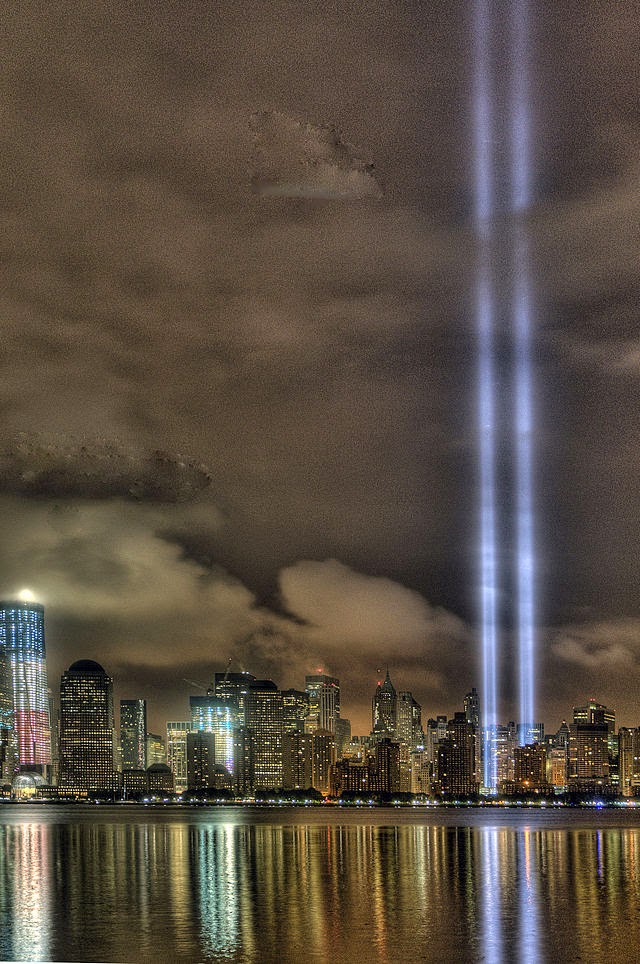 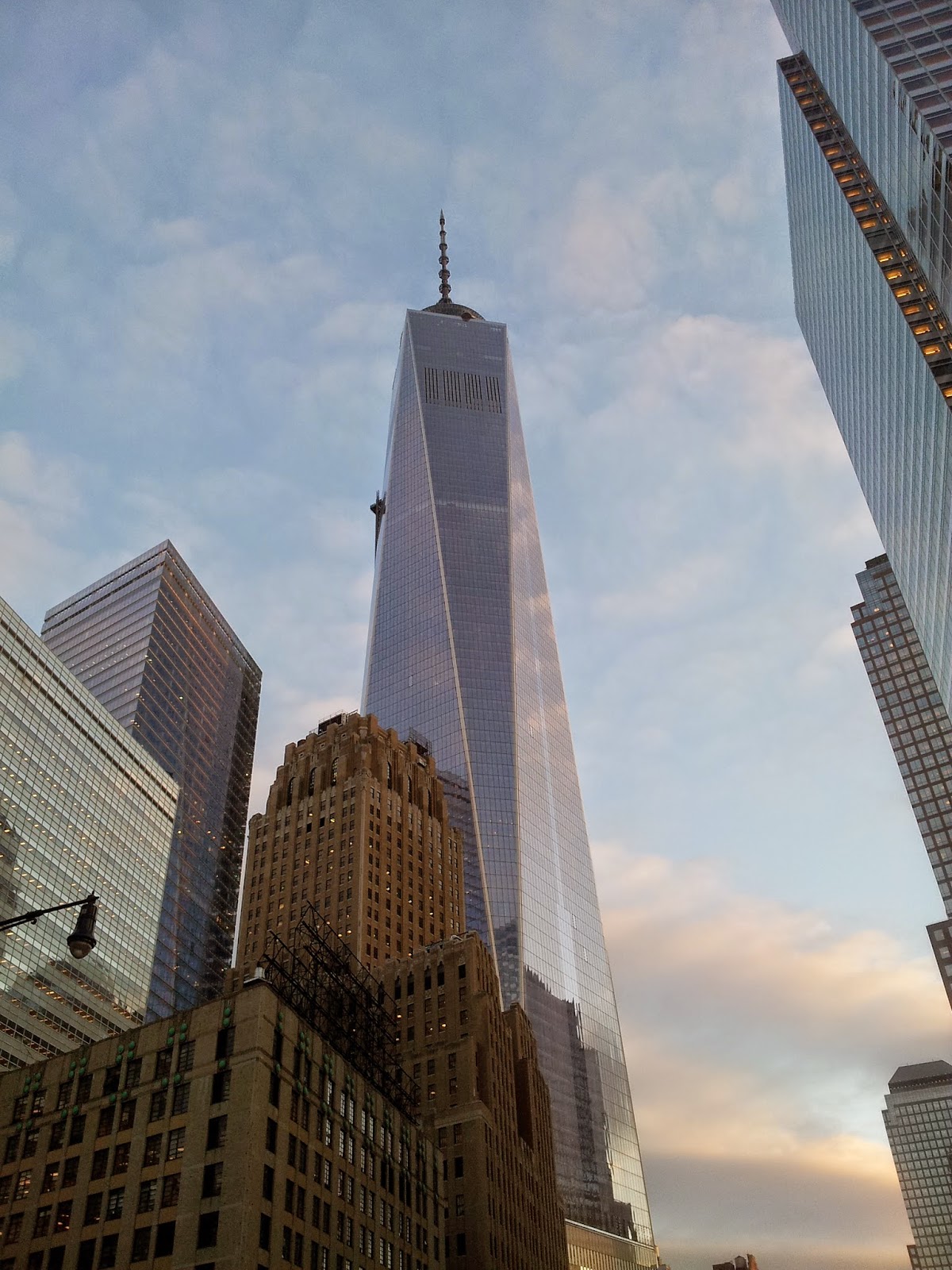 Here is the link to the photos above and more information on the attacks:
Wikipedia | September 11th attacks