The Power Of The Menstrual

This one is for the ladies. Men: you can stop reading now, unless you have a serious girlfriend or are married (to a female) or you just like to learn more about the female, then maybe you want to continue. This is a bit of a cringe-worthy topic, so for those of you with the thicker skin, read on. Our menstrual cycles are a bit of an inconvenience to us here in the States and to women in other parts of the world, it's considered dirty or shameful. This stems from pre-Christian era, that stated women were "ritually unclean."

During that time, women were hidden away from their husbands and the public until their cycles or the "uncleanliness" went away. Medieval remedies for the menstrual cycle were "...a blend of soda, figs, garlic seed, myrrh and lily ointment, or else pulped cucumber flesh mixed in milk. These could be drunk or inserted into the vagina on pessaries of soft wool." LOL. If they weren't able to "cure it," they carried around "nutmegs and nosegays to conceal any arising odors, as the corrosive power of the female reproductive fluids, transmittable through smell, constituted a real fear at the time." (source: Amy Licence).

These thoughts of women being "unclean" lasted throughout history and exist in parts of India today. Women becoming chefs in Japan for example, is something new, most celebrated Japanese chefs are men. Women were considered too "dirty" to cook at the elite level, they were allowed to cook in the kitchen at home though, of course. The start of the menstrual cycle also meant the start of child bearing, in ancient times. The belief was young women of the "upper class" started their cycles early, because they were less physically active and ate meat. Those of the "lower class" started later, because they ate mostly vegetables and exercised (worked) more frequently. Margaret Beaufort for example, gave birth to the future Henry VII, when she was a wee girl of thirteen in 1457, thirteen!

There have been many advances made in how we "control" our cycles, thank goodness. Tampons by far being the best invention. While our cycles can be painful and inconvenient, they are significant to our health and childbearing. Premenstrual syndrome (pms), is what modern women are more concerned with. Medieval times were concerned with the actual flow, no one cared what happened to the women before it arrived. Symptoms of the menstrual occur between ovulation and the start of bleeding. Over one-hundred symptoms have been accredited to pms, they vary from each cycle and increase during times of stress.

Are you still with me? Common physical symptoms include: headaches, breast swelling and fatigue. Mood and behavior symptoms include: sad or depressed mood, anxiety, irritability, aggression, trouble concentrating and withdrawal from people. It can get worse, women who have "severe mood and behavior symptoms are said to have premenstrual dysphoric disorder (PMDD). PMDD isn't common and symptoms can happen with or without physical symptoms. The symptoms of PMDD can seriously disrupt a woman's life and relationships." (Source: webmd.com). Woman who are diagnosed with PMDD, can be prescribed medicine to manage the symptoms and it's best for them live a healthy lifestyle (exercising and sans alcohol), there are also herbal remedies. About 75% of menstruating women have some symptoms of pms occasionally, with 5% reporting severe ones.

It will all end. Menopause is a time when our hormone levels will shift, ovulation will stop, moods will adjust and the period will end for good. Postmenopausal women are the least likely of all women to be depressed. They have a greater sense of well-being than at any other time in their life and are leaders in their families and communities. Menopause happens between 45 to 55 years of age. Some women rejoice as it gives them "a new outlook on life physically, emotionally, sexually and spiritually." (Source: webmd.com). For some, it can also be a time when a woman mourns the loss of her menstrual cycle, her youth and fertility. Personally, I've had enough menstrual to last a lifetime - ew - so I'm sure when menopause comes around, I'll be in the group who is rejoicing to high heaven that it's over! 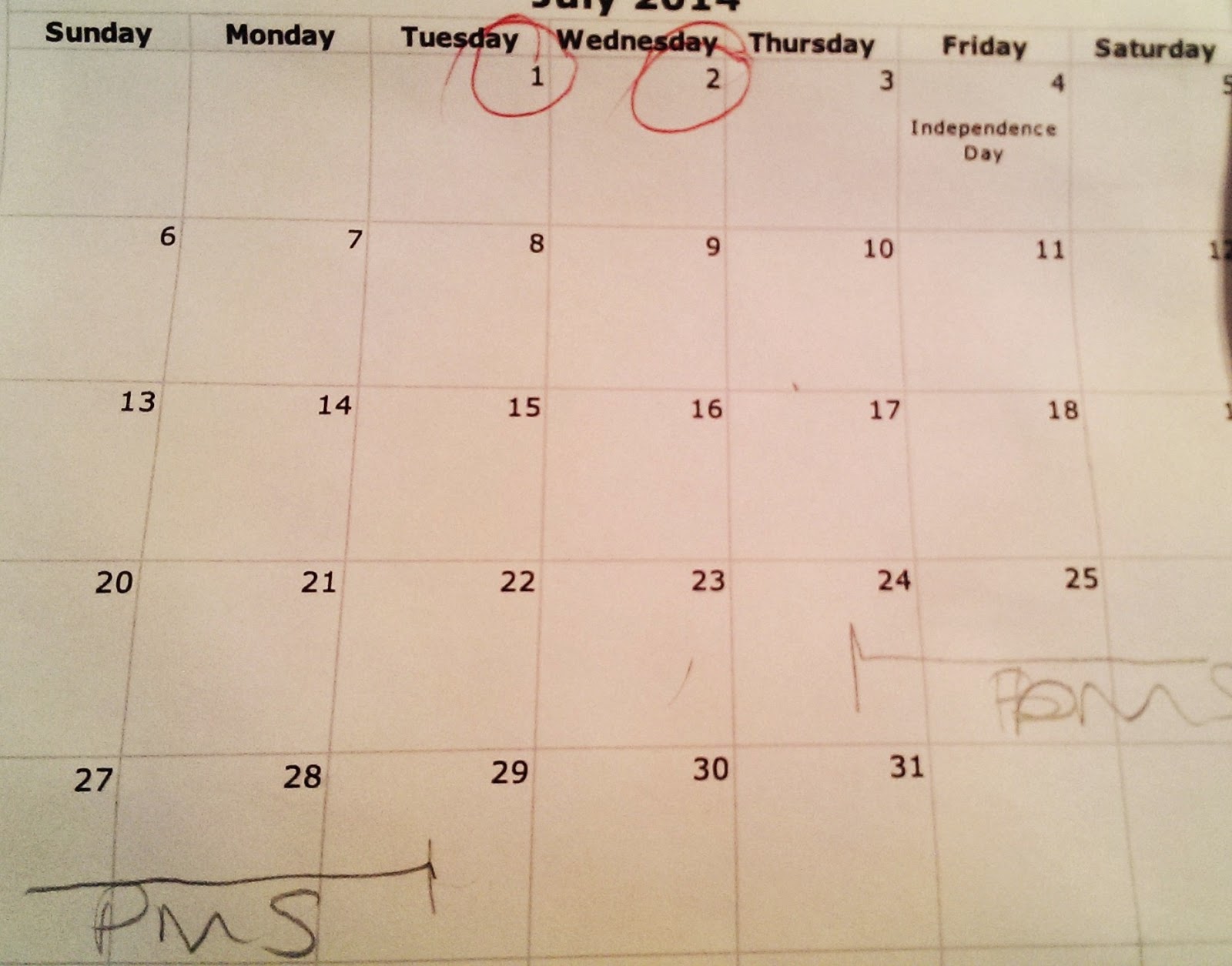 
This video is even funnier...