You Know Nothing Jon Snow

A Game of Thrones is a first in a series of novels, written by George R. R. Martin, called A Song of Ice and Fire. David Benioff and D.B. Weiss, adapted the books into the American fantasy television drama, Game of Thrones. Season 4 is developed mainly from the novel, A Storm of Swords, with bits and pieces from, A Feast for Crows and A Dance with Dragons. If you're really into it and can't wait another year or two - or however long this time - pick up the next book.

The show is filmed in a Belfast studio and on location throughout Northern Ireland, Malta, Scotland, Croatia, Iceland, the U.S. and Morocco. I think I can tell where they filmed the Morocco parts. Just in case you think otherwise, it's fiction - not real history. Hold off looking for a flight to Westeros or Essos, these continents don't exist, ok? There are many different plots and quite frankly, it's all very complicated to follow; however, the main theme is the different houses fighting to gain the Iron Throne of the Seven Kingdoms.

The show is hardcore, bloody with a ton of nudity. I questioned whether I would continue watching (not because of the nudity), after seeing the show just before the finale. In it, the Mountain pushes in Oberyn Martell's eyes and smashes in his head, leaving him laying there with his guts and blood all over the place (it looks real). I then changed my mind, as I had to find out what would happen next. Seriously though, the image of Oberyn's smashed in head, is still coming up on my radar. I don't know how Beinoff and Weiss kept track of all the character's names, surely they used a notebook with pictures.

For this review, I'm going to stick to this last season, the fourth. If you haven't started watching Game of Thrones yet, you can find it on HBO on demand and on HBO to go. It's a good one to add to your list. SPOILER ALERT: I'm going to reveal what happens in season 4 next... It opens with the arrival of Prince Doran Martell of Dorne into King's Landing, looking promising that he would avenge his sister's death. Jon Snow is released by Maester Aemon and returns to Castle Black. This release will help Aemon later in the season. Back in dragonville, Daenerys Targaryen moves into Meereen and takes over, this is the last of the slave cities on her list and she starts to question the behavior of her dragons. Arya is still wondering around with The Hound and finally finds that little sword she's been looking for.

Bran is still on the hunt for the three-eyed raven, in hopes he'll help him walk again. If you remember, Jaime Lannister pushed him off a wall paralyzing him, so he could continue to have sex with his sister (ew). Theon Greyjoy has been turned into Reek, by Ramsay Bolton. Reek's torture was so ghorry, I had to cover my eyes through those scenes. Tyrion has Shae shipped off to Pentos, to protect her from his crazy family. The nightmare, Joffrey, is finally taken down through poison at the grand wedding. I doubt there was any Game of Thrones fan out there, who was sad this happened.

Everyone blamed Tyrion for Joffrey's death, he didn't do it but wishes he had. They imprison him and move to trial. The trial is a joke as the judges are his sister and father, who want him dead. They both blame him for the death of his mother, as she died while giving birth to him. Tyrion believes they want him dead because he was born as a small person. The Lannister's are evil, very evil. Back at Castle Rock, Jon Snow tries to warn the Night's Watch about the wildlings, they don't listen, dummies.

Meanwhile, Khaleesi seeks justice for the children killed by the masters, by having them (the masters) nailed to crosses and left to die and rot, she's a badass. Jaime finally believes Tyrion is innocent and begins his plot to help save his life. Cersei demands Jaime finds Sansa (Tyrion's wife) and has her killed, Jaime does the opposite and sends Brienne to find and protect her. The White Walkers are still lurking around turning the eyes of the newborns blue.

Back in torture-land, Reek's sister tries to save him but he won't let her. He's so brainwashed into believing he's Reek. Meanwhile, Shae, Tyrion's girlfriend, lies in court against Tyrion. This lie angers Tyrion so much he demands for a trial by combat. The Mountain becomes Cersei's champion and Oberyn Martell steps up for Tyrion. Oberyn is much smaller than The Mountain but he's smarter, more-skilled and faster. In the Vale, Petyr kisses Sansa and throws her Aunt Lysa into a tissy. She tries to make Sansa fly through the Moon Door and is stopped by Petyr. Petyr pretends to love her for a quick second and then flips it and tells her he only ever loved her sister, bye Lysa.

The trial by combat begins and the Mountain wins. Oberyn really wins, but when he demands the Mountain admits the Lannisters were the ones who ordered the kill, the Mountain regains strength and kills him, it was gruesome. Tyrion's days were numbered after that. Luckily for Tyrion, Jaime is still on his side. The Night's Watch are doing a terrible job preparing for the attack by the wildlings. The wildlings move in and try to climb the wall. Some crazy large sword swoops them all up pretty quick. Jon and Ygritte finally meet face to face again. Ygritte is hit, leaving them to have their final words together and finally showing their love. It's sad they loved each other the whole time and couldn't be together.

Jon bravely leaves Castle Rock to negotiate with Mance Rayder. Turns out he could have just stayed in Castle Rock as Stannis Baratheon's army came to help, they do and defeat the wildlings. The Hound and Brienne battle it out. I had my money on The Hound, but Brienne is much stronger than I thought, she wins. Arya is shocked as she never thought the Hound would go down. Jaime releases Tyrion from prison and he takes revenge against Shae (turns out she really was a whore) and his father by killing them both, Cersei is spared for some reason. The season ends with Arya on a ship heading to Braavos. I admit, I was expecting some dragon-slaying, I guess that's a build up for season five. 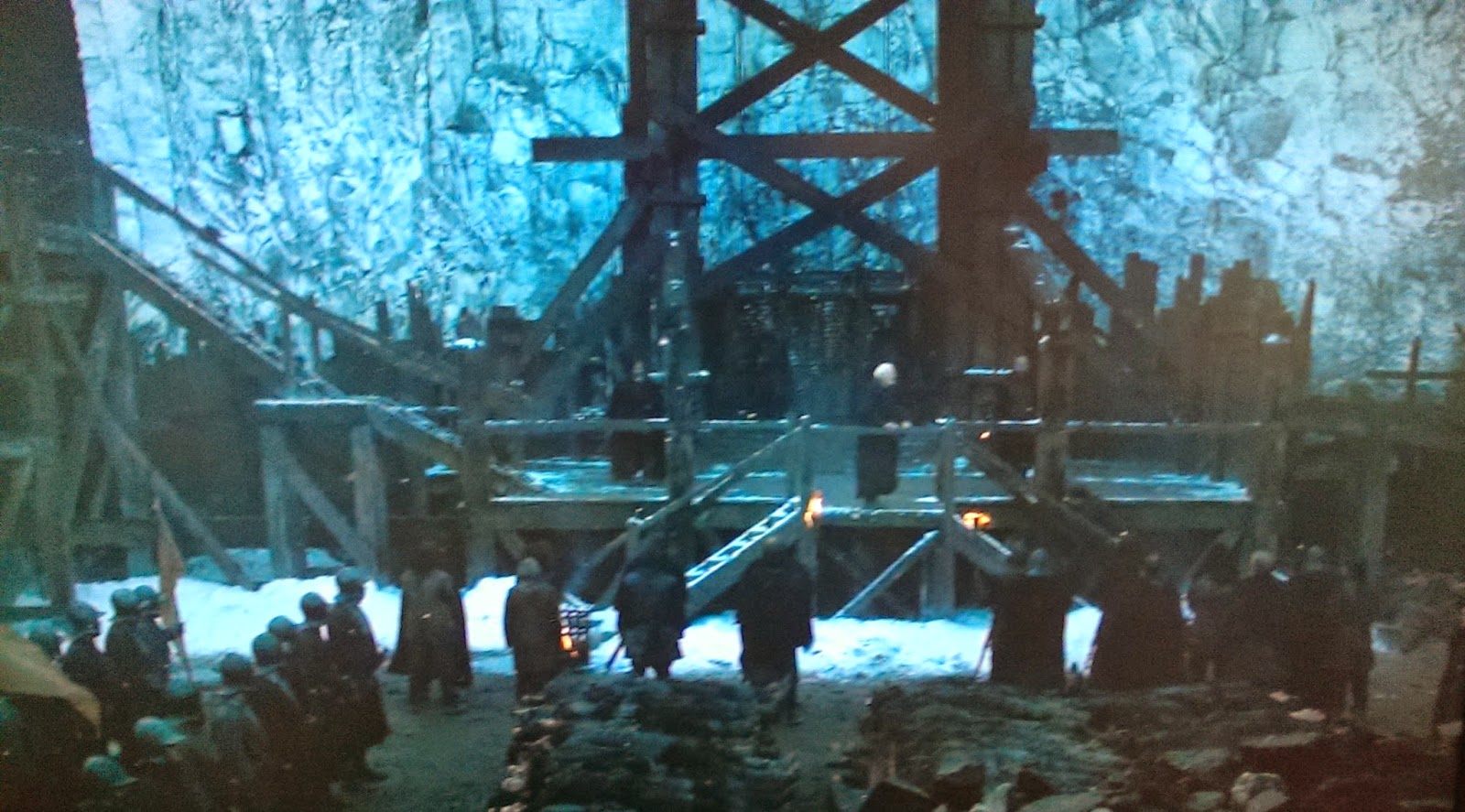 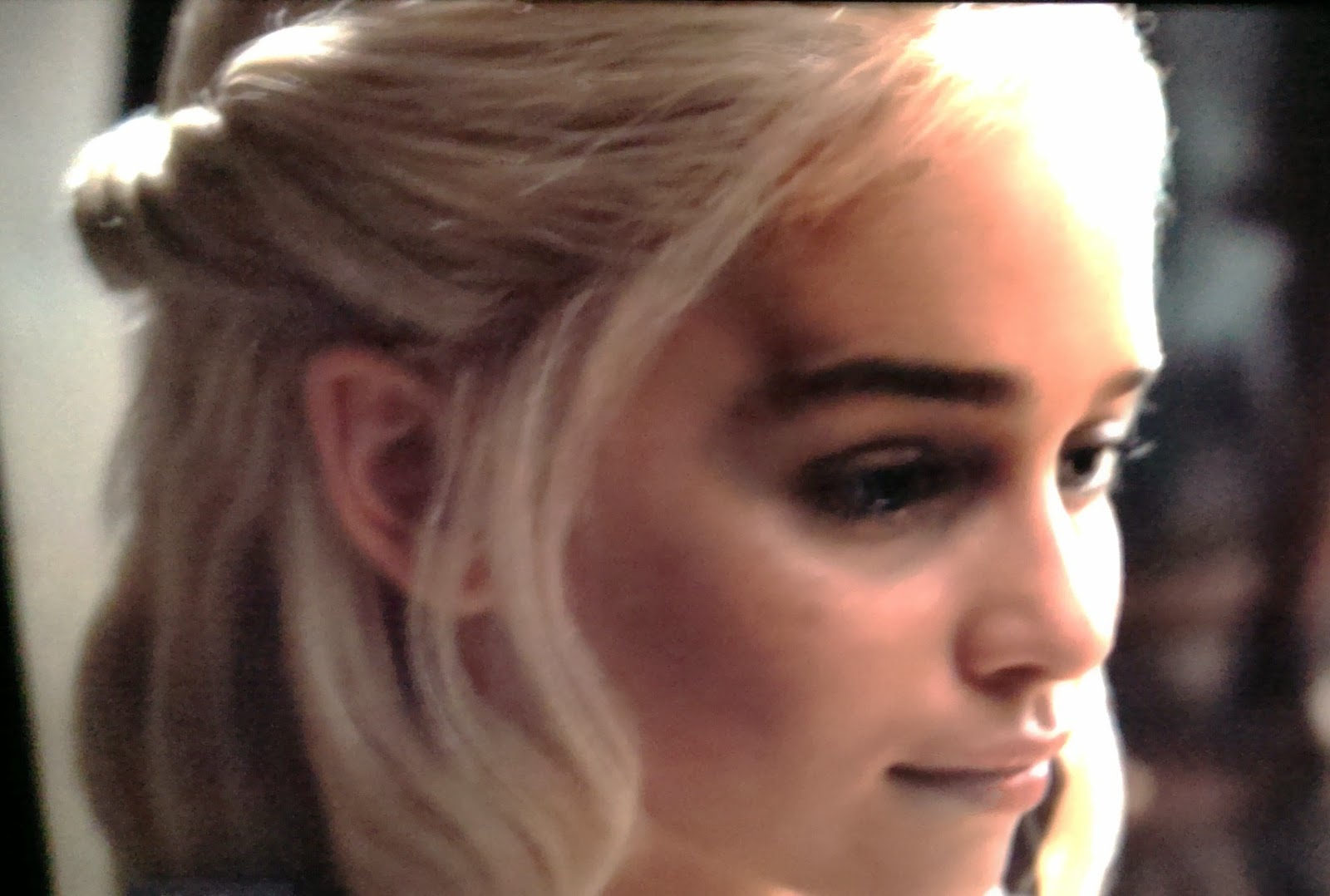 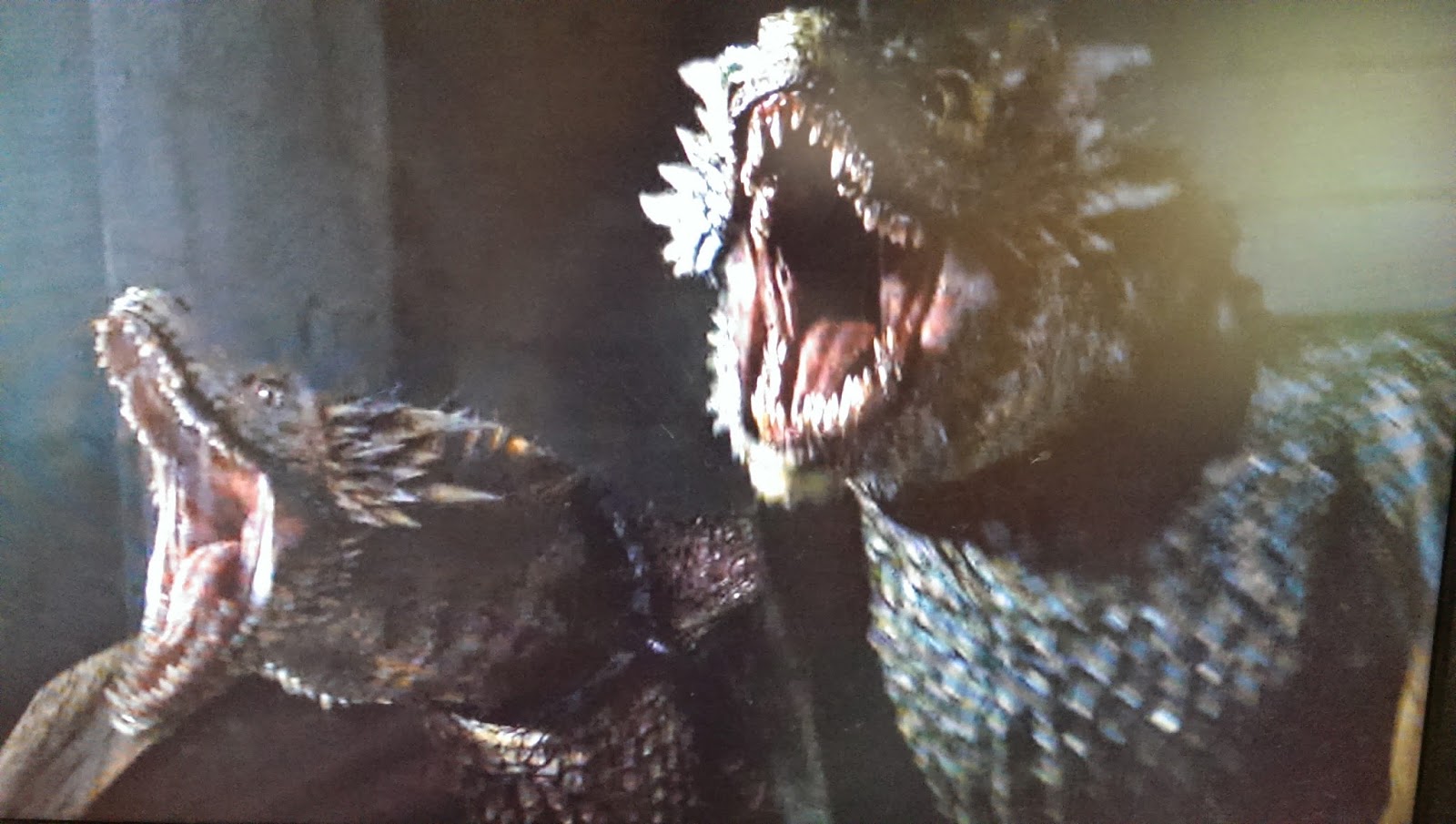 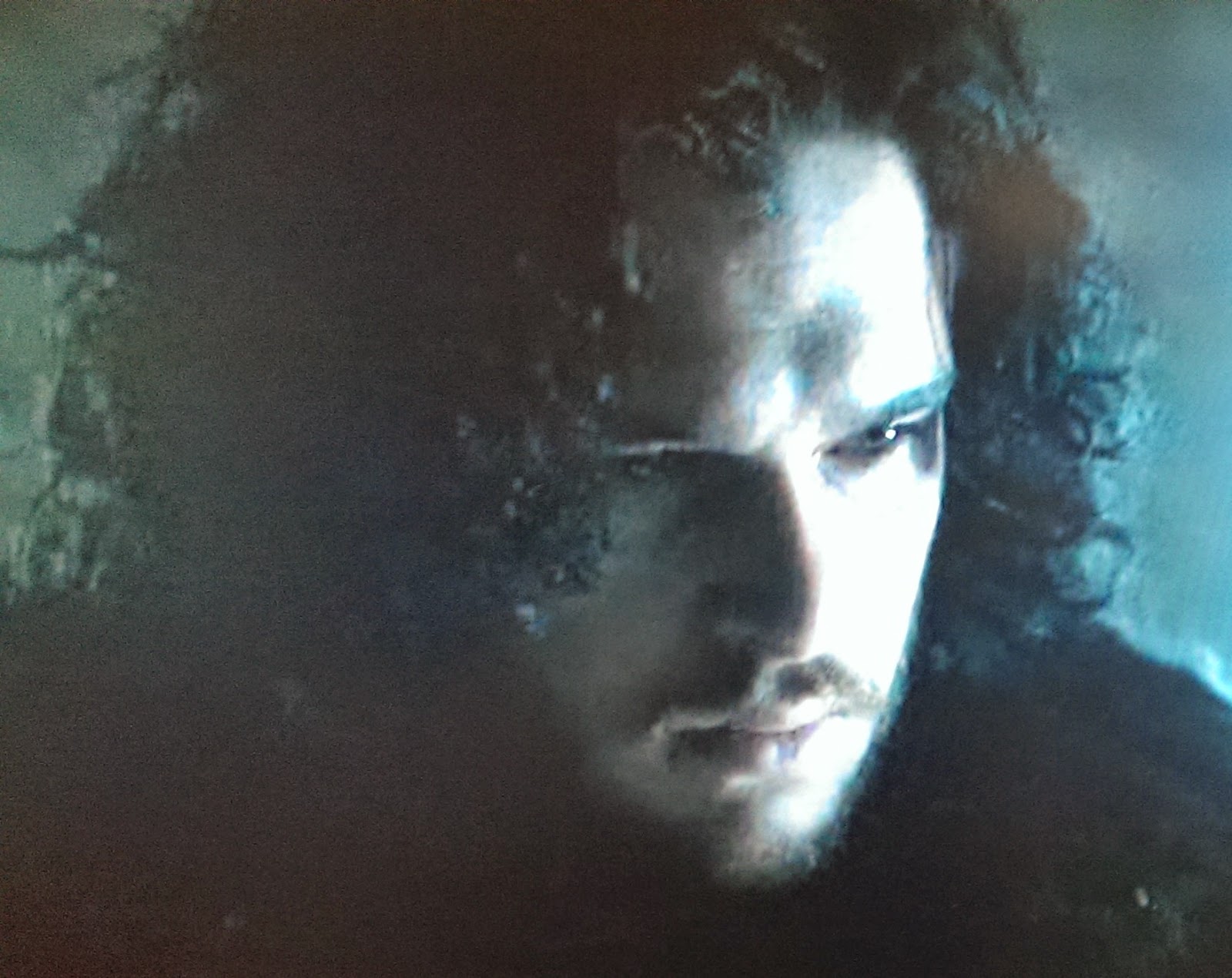 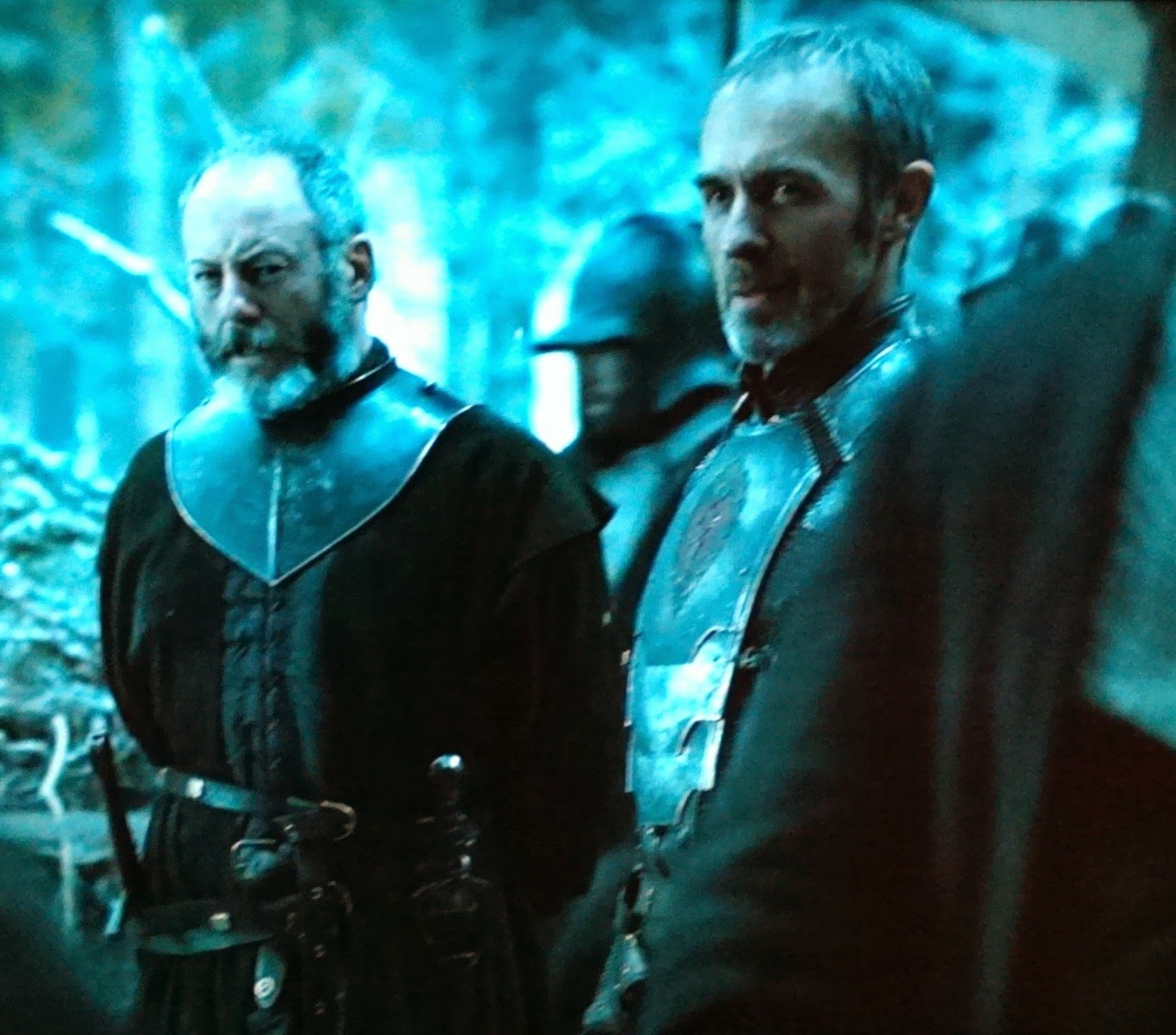 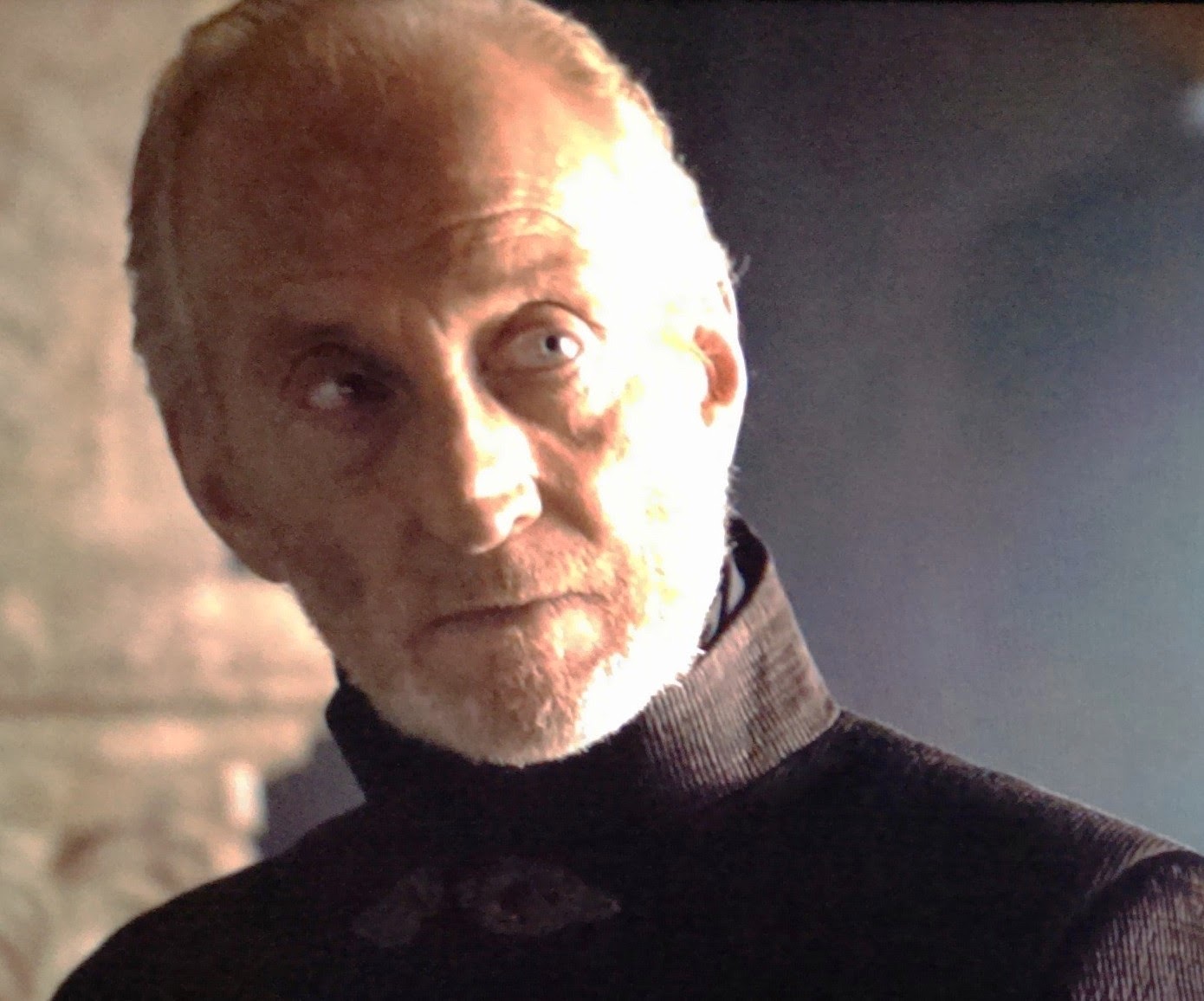 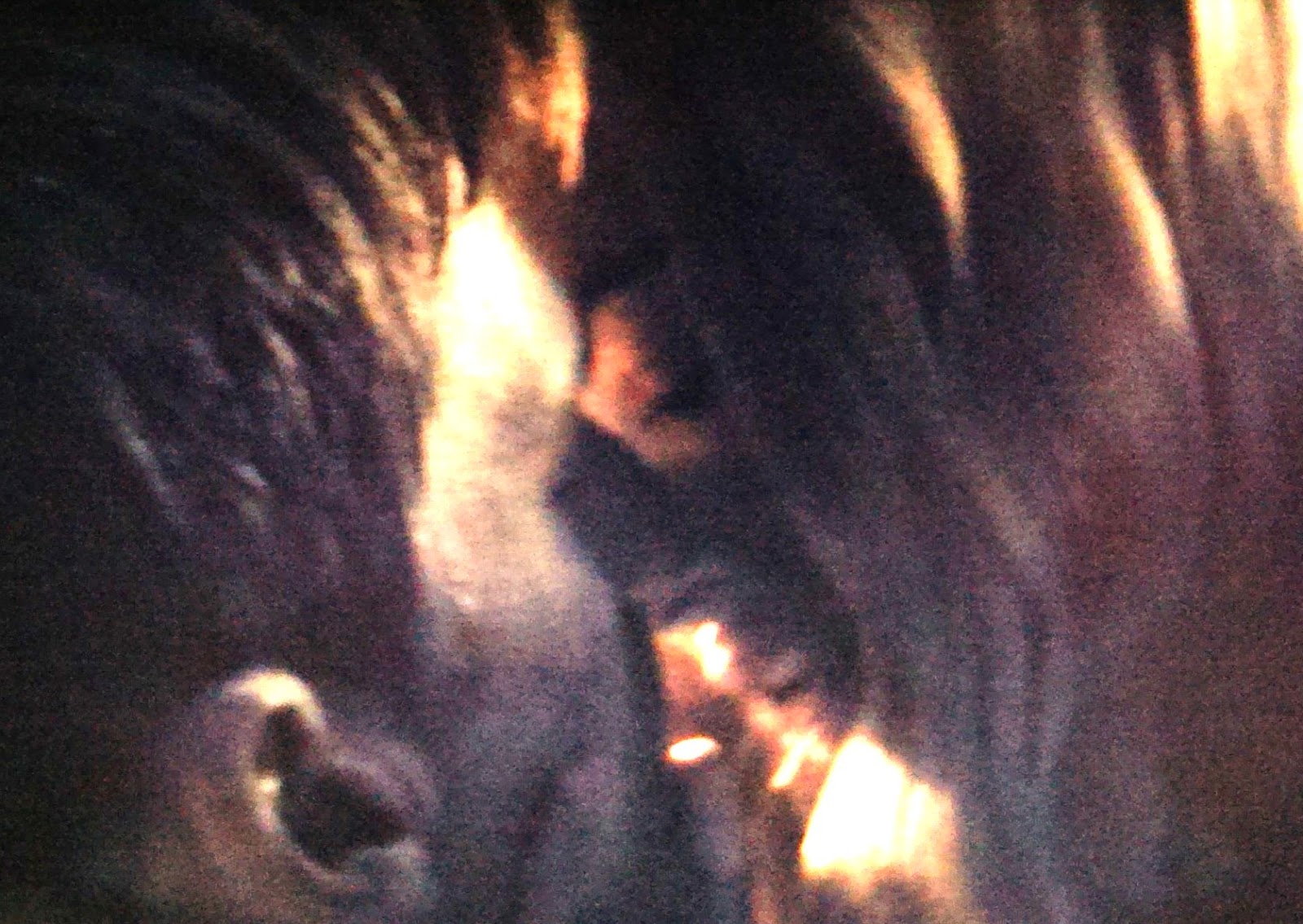 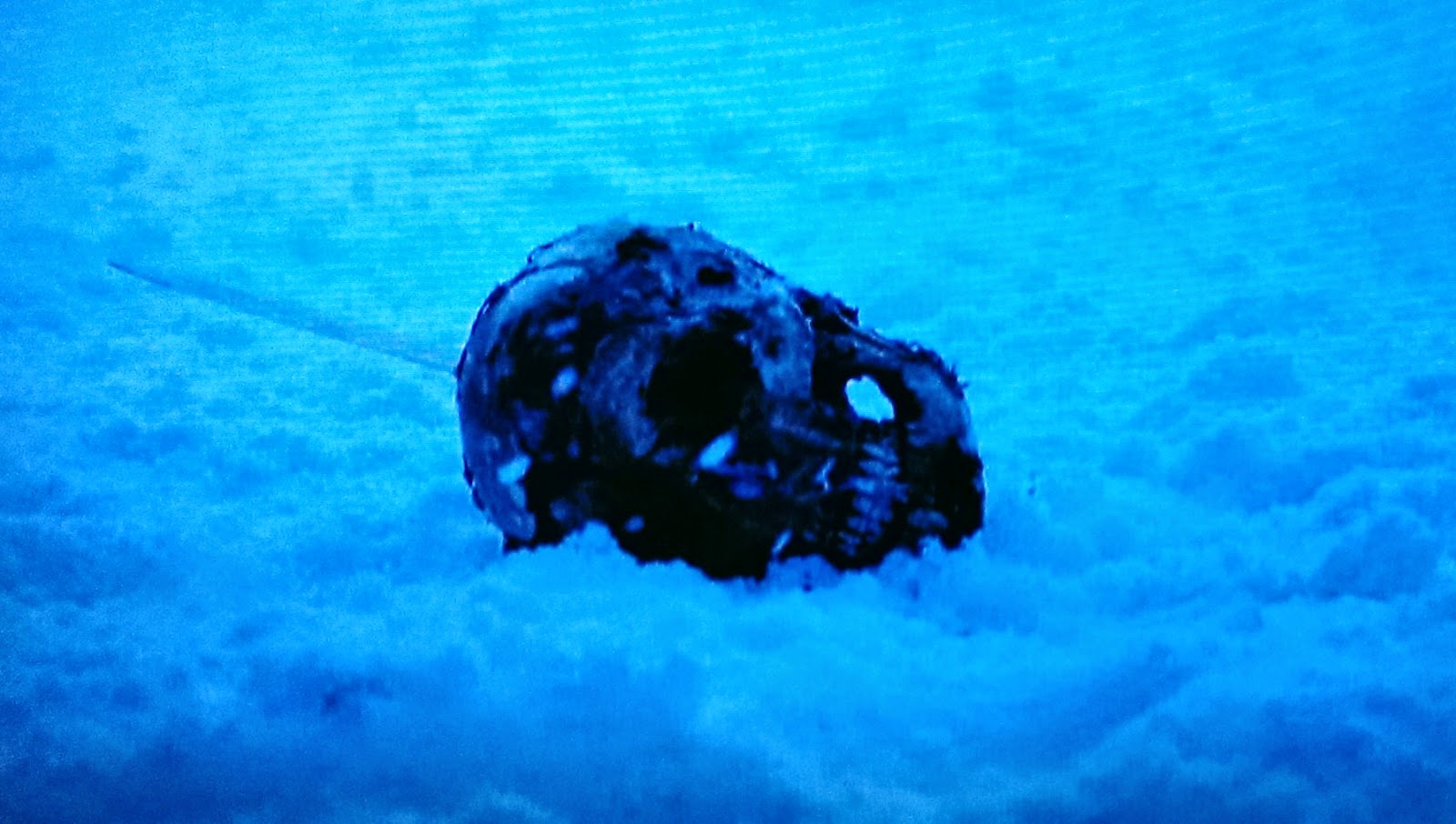 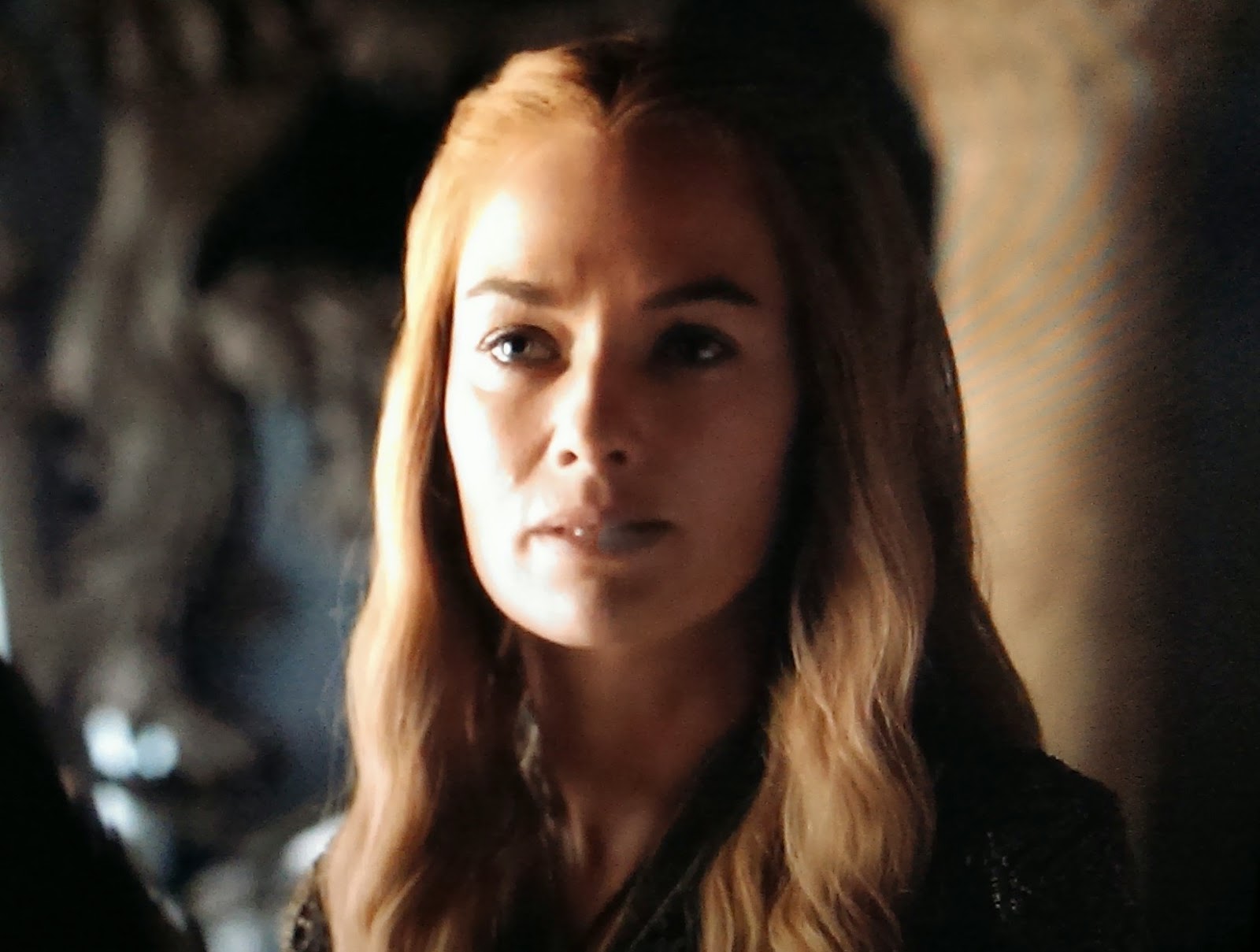 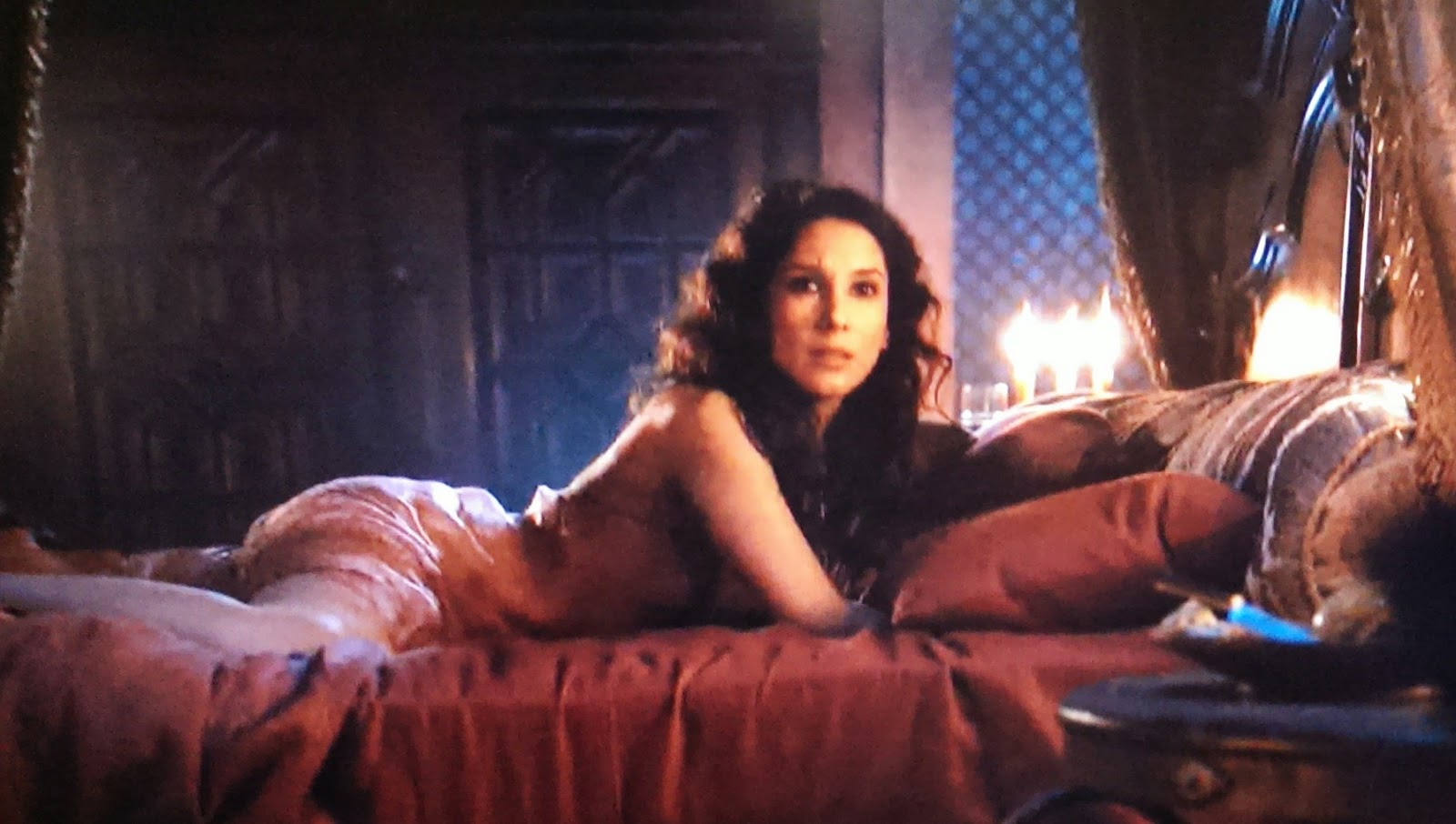 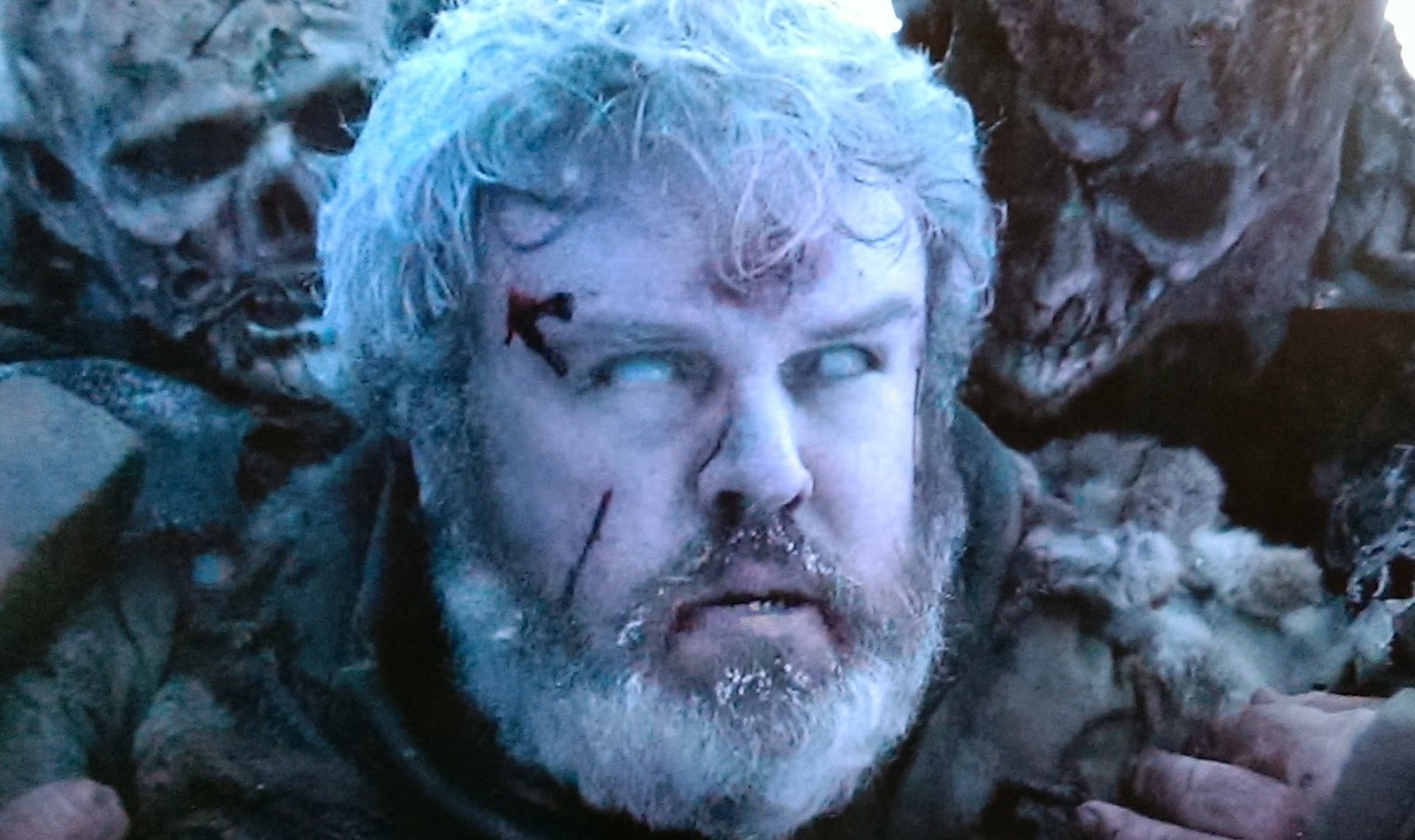 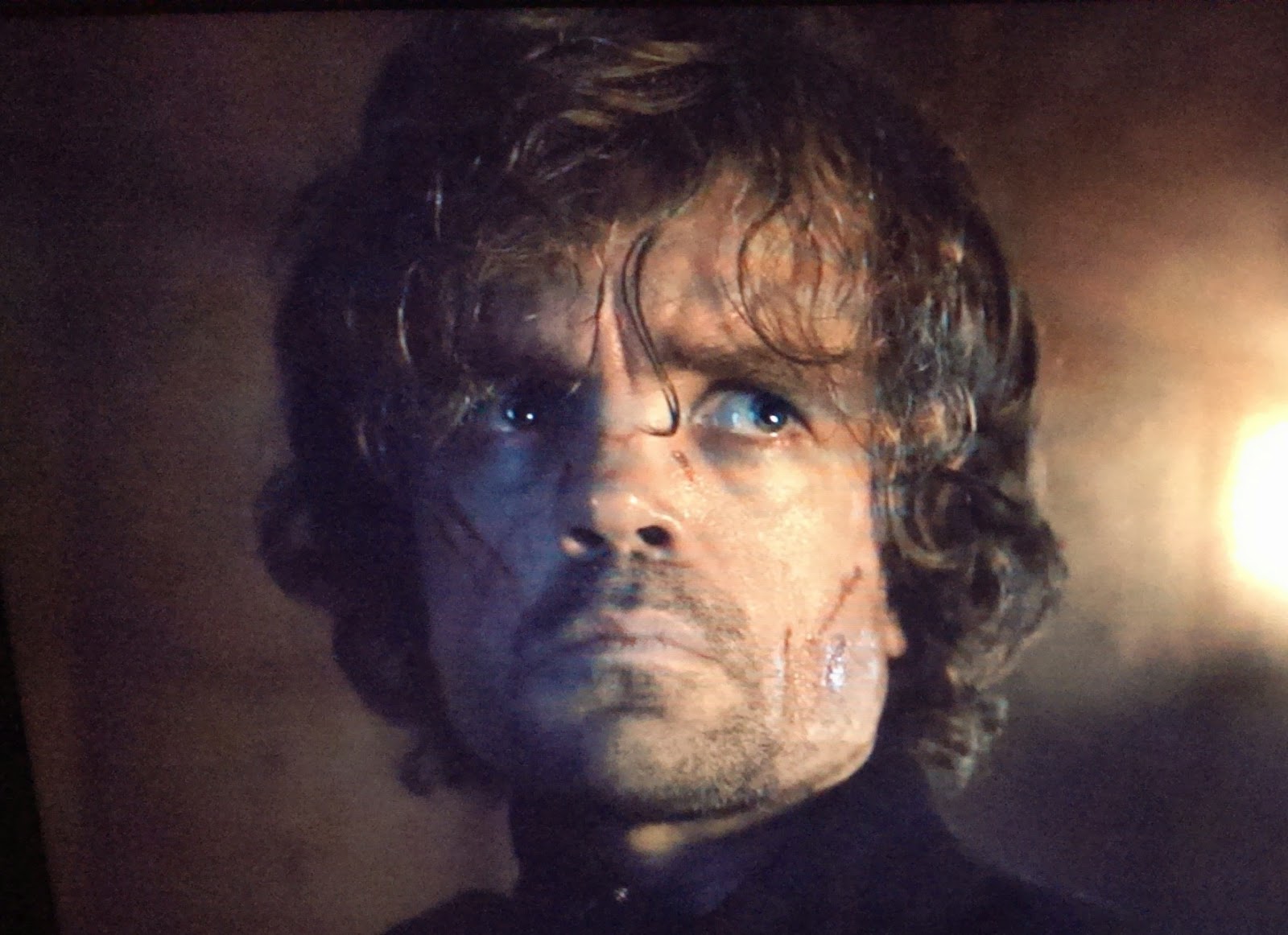 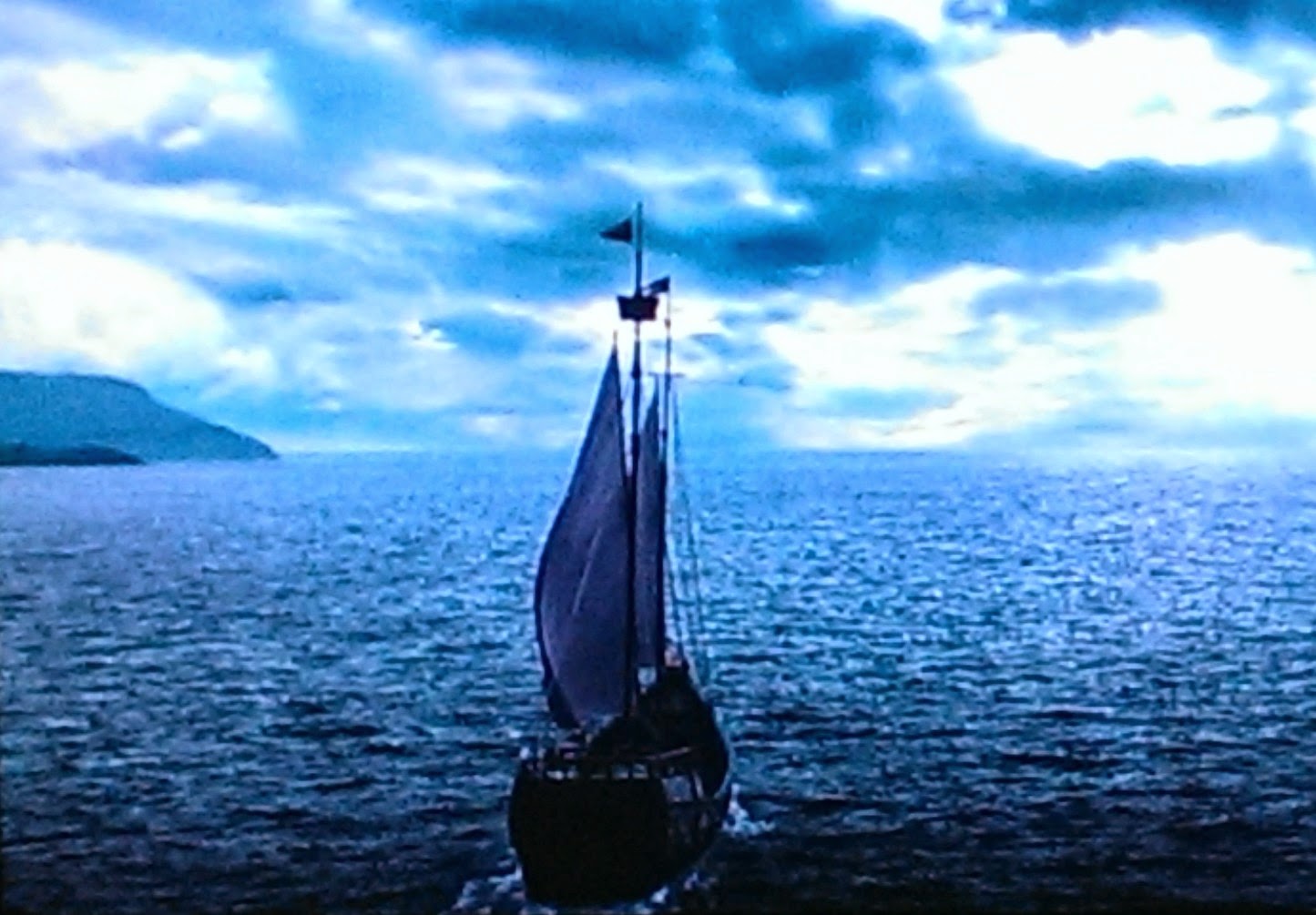