Good morning, it's a beautiful day outside. It doesn't seem possible I've been watching this show for seven years, it seems so long. I guess it is possible as I've had to wait Sunday after Sunday, Spring after Spring to watch. Watching shows this way seems almost barbaric now as I'm so used to binge-watching on Netflix. Of course, I will wait it out for Mad Men, another full year - as I don't have a choice.

Season 7 was part one of the finale. Mad Men is set in the 1960's in New York and is based on the daily lives of men and women working in advertising. The show is written, produced and directed by Matthew Weiner, who also wrote for The Sopranos. Life in an advertising agency, coupled with a peak into history of cultural shifts in the United States during the 1960's and the personal lives of the partners, make for some very interesting, quality television watching. Mad Men, as in men working in advertising on Madison Avenue.

The very first show started in March of 1960 and moved through to 1969 by Season 7. So many things happened in the U.S. during that time frame and the show thoughtfully captured the changing culture. The subtle changes in fashion from the conservative 1950's, to the hippie culture of the 60's, was artfully depicted. I'll save my overall review for the next Summer - ugh - after the very last episode, for now I'll focus on Season 7.

SPOILER ALERT: If you have plans to watch Mad Men Season 7, stop reading now, I'm going to reveal what happens. The first episode opens with Don visiting Los Angeles to try and salvage his marriage to Megan, who is now an independent actress. Megan warmly welcomes Don's arrival; however, it is obvious he is intruding on her new life. The Butler Footwear business is in jeopardy and Joan manages to save it. She had been struggling for some time to become more than just the head of the secretaries (as they were called back then). Roger's lunch meeting with his daughter, who forgives him for all his wrong-doings, sets the tone for her about to do something dramatic and she does, by joining a hippie commune, sans her child.

The next couple of shows lead up to Don coming back to the agency with Roger's help. The day Don arrives back to work has Don, who was once the head of the agency, being treated as a complete nobody. He was left sitting in the creative lounge all day, creating an awkward environment for everyone and himself, he rolled with the punches though and persevered. Once the shock of Don's unexpected arrival to the partners wore off, they voted to keep in him on-board with major stipulations - one of which was, "No drinking in the office."

Don eventually gets back to work, on Peggy's team. This does not sit well with his ego and he goes on an alcohol binge. After his downward spiral, he picks back up and begins working on copy for taglines and coupons, work normally reserved for "his" teams in the past. The situation with Megan is getting worse. She is becoming even more insecure about the marriage and the arrival of Anna Draper's niece, Stephanie, is where she turns a corner, for the worst. Her jealousy of Stephanie - who is a homeless, broke, pregnant, wandering hippie - is so profound, instead of allowing her to stay with her, she gives her $1000 and sends her packing. Stephanie telling Megan off-the-cuff, "Oh, I know all of Don's secrets," was not the best move.

Meanwhile back in Westchester, Betty (Don's ex-wife) and Henry (Betty's new husband) are starting to have problems. The problems seem to resemble the same ones Betty had in her marriage with Don, suggesting she has mental illness. She is snappy with Henry, rude and short-tempered with her children, barely involved in their lives and could care less about their emotional well-beings. Back in L.A., things are starting to get strange for Megan. She plays off Stephanie's absence as if it was Stephanie's idea and tries to turn things around with Don by having a party. Coincidentally, Harry Crane shows up and he and Don take off for the nearest hole-in-the-wall. There, Don finds out the agency is pitching the Commander cigarette business. When Don comes back, Megan engages Don into a threesome, a decision that later leads to the eventual end of their marriage.

Don believes this new found information from Harry, is his chance to get back on top of his business. Lou and Cutler want the business as it could force Don out, as in past years he published an anti-smoking letter in the New York Times, in an attempt to save the agency. Don interrupts the meeting in his smooth manner and not wincing once at the complete awkwardness of his "crashing the party." He takes over the meeting and seems to convince Commander cigarettes they need him on the business, leaving Lou and Cutler defeated.

The last episode depicts the landing on the moon. Sally reacts to the landing in her usual aloof, cold manner she learned from her mother by saying, "It's such a waste of money." It's pitch time for the Burger Chef team and they fly to Indianapolis, where Peggy learns it is she who will be giving the presentation pitch. She is nervous about presenting and Don assures her she can do it. Don at this point could have flown home, as he knew of Cooper's passing, which meant Cooper's vote to keep Don in the agency, also died. Don pushed forward, trained Peggy and supported her in the meeting, ultimately winning the business.

In the meantime, Roger prepared a deal with the competitor agency to be bought out and still allowing him to run the agency with the name, offices and employees. Roger brings Don in on the deal and together they present to the other partners. At first the other partners are hesitant, when they learn it will make them millionaires, they are quick to accept the offer, even Cutler. Roger has always been a big fan of Dons' and making the deal and saving Don's job -- and his, as he knew Cutler would eventually try to cut him loose as well -- puts Don and Roger back as the heads of the agency, where they should be.

The thought of waiting another year to watch part-two of the final episodes is daunting. For now, I'll revel in my enjoyment of the show so far and appreciate the excellent writing and creativity that is Mad Men, as the introduction music plays in my head... 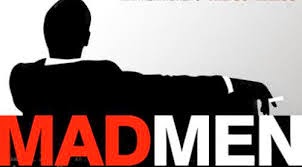 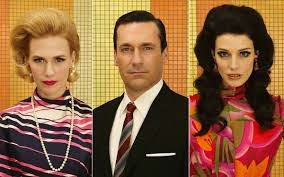 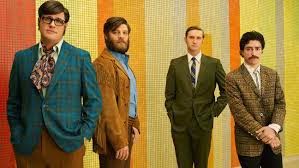 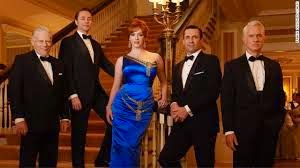 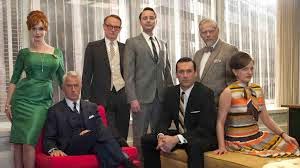 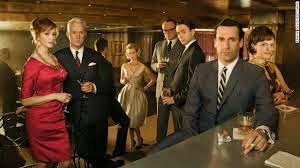 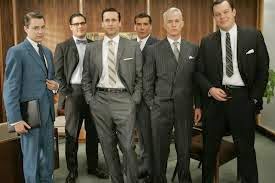