House of Cards is a television series developed by Beau Willimon and based on the novel by Michael Dobbs that is a must-see. The main characters are Francis Underwood, played by Kevin Spacey and Claire Underwood, played by Robin Wright. Both are perfectly cast, believable and give superior performances. I completely forgot about "Jenny" (Forest Gump) while watching. There is one catch, it is only available on Netflix, sorry Fios/cable users.

SPOILER ALERT: if you have plans to watch House of Cards in the near future, stop reading now, I don't want to ruin it for you... The story unfolds beautifully. I didn't expect for the some of the characters to turn into what they became by the end of Season 2. I should have seen it coming as in the first episode of Season 1, Francis (Kevin Spacey) chokes a dog to put him out of his misery, after being hit by a car. Right out of the gate, it shows his "ruthless pragmatism," a phrase viewers soon become very familiar with.

Francis' wife, Claire (Robin Wright), plays it cool at first. She seems so sweet running a charity for clean water. When it becomes clear she too is a power-hungry manipulator, the plot thickens as it is now two people in positions of influence, easily manipulating those around them. Francis or "Frank" (Kevin Spacey) moves into an extra marital affair with a young, political reporter named Zoe Barnes (Kate Mara), who thinks she is more important than she actually is. To complicate the matter, Claire (Robin Wright) is fully aware of it, as we learn they have an open marriage. Zoe's plan is to use Frank to gain inside stories and further her career. She underestimates Frank and doesn't pick up on the message he gives her about other people, "I discard those who are no longer of use to me."

Zoe's boyfriend, Lucas (Sebastian Arcelus), a head reporter at the newspaper where they met, goes on a war path to seek revenge against Frank. Unfortunately, he too didn't understand that Frank's decision to be the man in the top seat of the White House, would not be stopped by anyone. While Lucas investigates Frank, he stumbles on Rachel, a prostitute Frank uses to take down Rep. Peter Russo (Corey Stoll). Peter is a troubled, alcoholic congressman from Pennsylvania, who Frank manipulates into making political decisions to seal his relationships, with those he will need to deceit later (he thinks five steps ahead). Lucas is eventually labeled as "crazy" and ends up in jail.

The political maneuvering and personal lives of the characters are so scandalous, you can't help but want to watch what happens next. Frank pretends to care for the well-being of his pawns and tells lies after lies to get ahead, without being caught (so far). He's a complex character to watch; however, I hope this type of dishonesty doesn't really happen at the White House!(?). Through season 2, his trickery continues and he uses his chief of staff Doug Stamper (Michael Kelly), to cover up for him. Claire (Robin Wright) is right by his side making her own devilish moves. This "ruthless pragmatism" of his, gains him a seat as the Vice President and he doesn't stop there.

I can't wait for Season 3 to come out. One of the nice touches in the show is that Frank's character talks to the camera (the viewers) and explains his manipulations, as if we're on his side. His cool demeanor and charming personality almost make you side with him, until you remember that, he's a murderer. 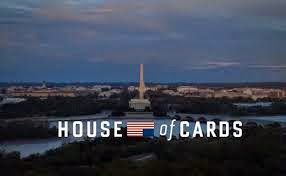 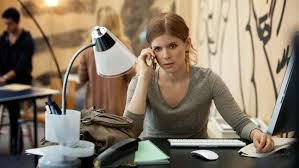 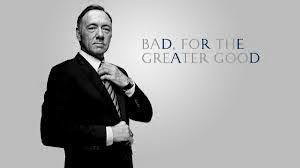 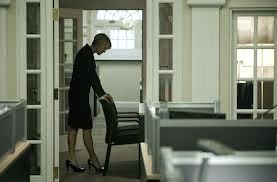 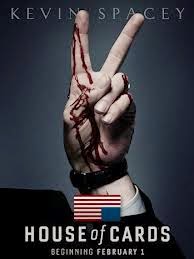 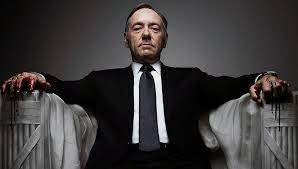 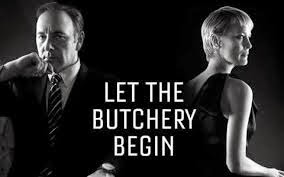 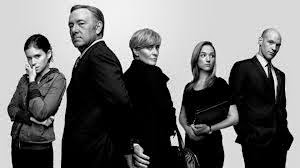 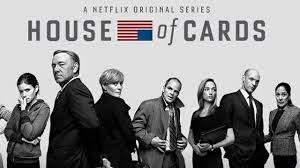