Good morning, it's 7:30 am here in New York as I type this and my phone tells me it's sixteen degrees outside :/ This morning is the first time I'm learning the game is between the Seattle Seahawks and the Denver Broncos. This year, the game is in being held at the Met Life stadium in New Jersey, New York hotels will still benefit though, as high-rollers like to stay in Manhattan.

The Superbowl is the one and only time I can bear to watch a commercial, other than that, I consider them Satan. It's entertaining to see the companies who are willing to pay millions of dollars for a few minutes of air time. Sometimes the material is intriguing as well, as the advertising agencies tend to push the envelope a little further than average.

The real reason I love Superbowl is because it's my cutie-munchkin's birthday. Yup, I was on the hospital bed -- high on epidural (t.m.i.) -- as the Superbowl played on the T.V. I'm excited for his birthday party this year, we're celebrating the week after Superbowl. I have some fun activities planned: hot potato, musical chairs and pin the tail on the donkey. It has been a long time since I've played these games, it will give me a chance to re-live my childhood a little.

I'm mentally preparing myself that my house will be where the wild things are. I'm visualizing them hanging from the curtains - like monkeys in the jungle, running at top speed - like horses out of the gate, trampling over the toddlers - like giant monsters and just running, running, running :/ Mama will have a little bottle of vino on hand, I know at least one of the other moms who will appreciate this. Here's to hoping there's no blood shed, cheers! 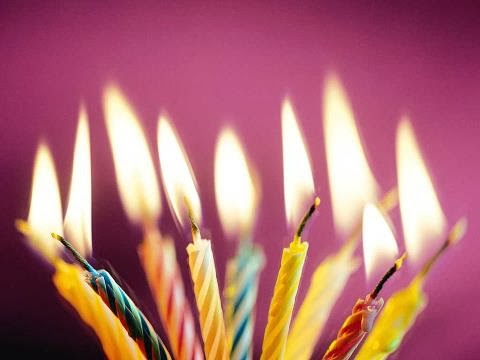